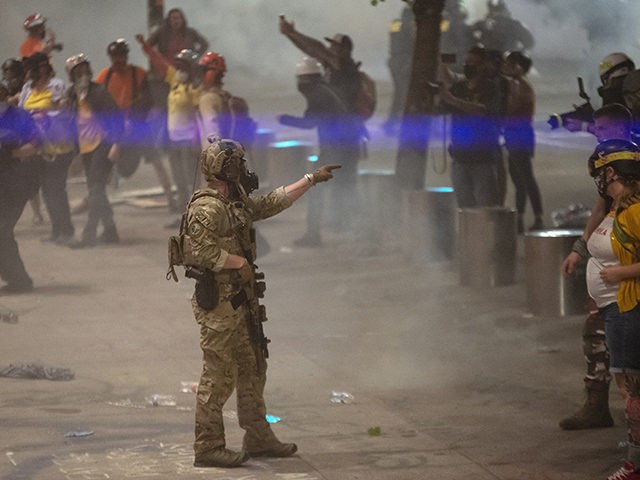 It is not that complicated, when law enforcement has the tools, manpower, and desire to restore law and order, they do it well and they do it quickly.

A tug of war has taken place between progressive mayors supporting domestic terrorists, BLM, and ANTIFA, and the federal government’s request to come in and help restore law and order.

President Trump has publicly expressed his desire to send in the federal police and at times took it a step further, blaming the liberal leadership for the damage and violence experienced by law-abiding citizens in their cities. 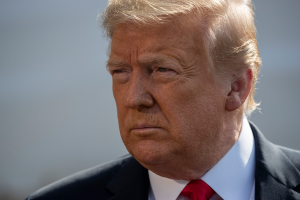 The Trump Department of Justice is working with Oregon law enforcement to arrest and prosecute violent rioters who have so far escaped accountability for their alleged crimes.

Even with the rejection of the help, there are situations that arise which permit s the federal government’s intervention anyway.

Those crimes include threats to police officers and city employees and one man who claimed to have planted a bomb in a local police precinct.

According to Fox News

Federal and local authorities in Portland have arrested three people wanted in connection to separate incidents of assaults or threats against law enforcement officers or city employees related to the ongoing protests, including one man who said he had planted a bomb inside a local police precinct, officials recently announced.

The FBI arrested Kyle Robert Tornow, 36, on Wednesday morning in connection with the false threat, which was made through Portland Police Bureau’s “TrackIT” online communication system on July 24, the Department of Justice said Wednesday.

“The bomb is already in place and has been packaged in a way that prevents detection from canine officers.”

— The threat allegedly made by Kyle Tornow, according to court papers

Tornow, a Seattle resident, allegedly used a fake name to report that he would plant an explosive inside on of PPB’s precincts. He was charged with making a threat to damage and destroy a building and later admitted to sending the threat.

“You are weak. We are strong, many and fluid in nature,” Tornow wrote. “If I am caught, others will take my place and immediately detonate the bomb. This is a felony threat. Please take this seriously to avoid death.”

The DOJ said Tornow, who has previously been arrested for harassment and car theft, could face up to ten years in prison and a fine of $250,000.

Jesse Herman Bates, 38, made a court appearance on Wednesday on civil disorder charges for allegedly shooting a firefighter in the chest with a metal ball bearing on the morning of July 13.

On Aug. 24, Portland police said Michelle Peterson O’Connor, 31, picked up a helmet and threw it at a police officer, striking him in the head while he as making an arrest, according to DOJ.

In spite of these arrests, Portland police said that the nightly violence continues with additional arrests made on Wednesday night.

ANTIFA Portland knows the mayor is weak and except for brief interactions with outside federal police forces, can continue their anarchy and tyrannical rule over parts of their declining city.

Hopefully, after the elections, the new GOP lead US House can work with the Senate to add more teeth and authorizations for bills authorizing the federal government to interview when domestic terrorism is present, in any US city.