Voter Fraud! Michigan Secretary of State Announces MI Will Not Have Results Election Night – May Take A WEEK to Count All Votes!

The 2020 election cycle could go down as the most dishonest and contentious in American history.

There will be massive voter fraud, voter suppression at the polls, rioting on election night in states the Left needed to win, but lost. 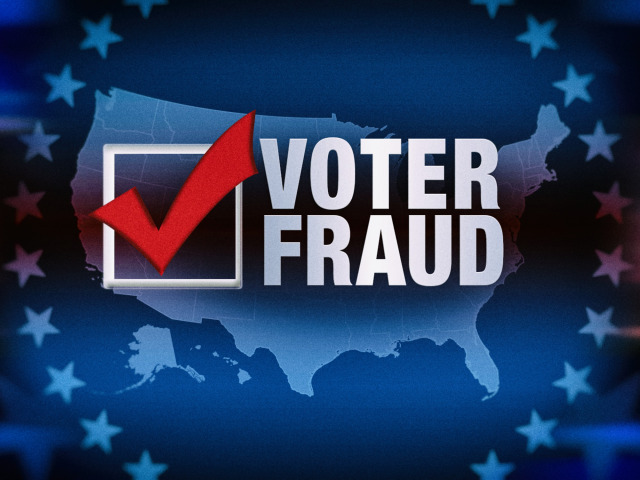 As we saw in 2016 and 2020, the left is perfecting how to steal elections, before, during, and AFTER election night.

Election officials in Arizona, Florida, and Pennsylvania have not responded to repeated inquiries on when the nation could expect the results from the November election. An official in Wisconsin said the timing is uncertain.

Harris said this weekend on CNN’s with Dana Bash

Kamala Harris: And I do believe that there will be foreign interference in the 2020 election and that Russia will be at the front of the line.

Dana Bash: Could it cost you the White House?

Kamala Harris says "Russian interference" could cost the Biden campaign the election. If Russia has anything to do w/ costing Democrats the 2020 election, it will be because they've spent four years spewing unhinged Russiagate paranoia to excuse losing the 2016 election. pic.twitter.com/fvJP9csvYn

The reality is the rioting encouraged by the Biden team and DNC, has backfired and Joe’s numbers are plummeting.

Biden can’t put together a few sentences in a row and he still has 3 debates scheduled with President Trump.

Most of America expects Joe to fall apart during them, we are talking about 90 minutes of actually having to think.

Biden could have such massive mental lapses that he loses a significant number of those who are the fence going into the debates, as they just can’t vote for someone with significant cognitive decline issues.

So with nothing going their way, the Democrats know they will need massive voter fraud to win the elections. Everyone knows it, and they are openly disclosing how they plan on pulling it  off.

The Daily Caller reported on Michigan’s efforts already to tamper with the 2020 Presidential election vote:

Michigan Secretary of State Jocelyn Benson said Sunday that it could take up to a week to count all of Michigan’s absentee ballots for November’s election.

“We should be prepared for this to be closer to an election week, as opposed to an Election Day,” she said on NBC’s “Meet the Press.” “The bottom line is we are not going to have the full results and a counting of all of our ballots on election night.”

Benson said that Michigan’s election officials were “laser-focused” on ensuring that all ballots are counted accurately, and referenced how her office had purchased more voting tabulators in order to ensure that the influx of absentee ballots could be counted as efficiently as possible.

“If it takes a few extra days to ensure we have a full and accurate counting of the results of every race, that’s what it’s going to take. And we’re going to be transparent throughout that whole process to make sure every citizen knows exactly where we are in the counting process and how many more ballots we have to get through,” Benson said.

This is what we call a lie.

Just like with CV-19, we should really expect Michigan, like the other progressive politicians,  to only release number updates, after they have massaged the numbers and when it helps them politically.

I am expecting Michigan’s Secretary of State to only leak information, as a precursor to the end results of Michigan mysteriously flipping to Joe Biden after November 3rd.

According to Gateway Pundit, we saw this happen in the last election of 2018.

The Democrats lied and created a false narrative that President Trump was involved with Russia.  They created a fraudulent investigation into the President that was ongoing at the time of the 2018 election.  They used this to take the House in 2018.

We reported in November 2018 how the Democrats had a decent haul on election night but had a spectacular run after election day.

In the US Senate Democrats “flipped” two seats after Election Day in 2018.

** In Montana Senator Jon Tester — who was behind on election day — had a huge haul overnight and won by 5 points.
** In Arizona Taliban-supporting Marxist Kyrsten Sinema was declared the winner a week after votes were cast after being behind on election night.
** In Florida Democrats discovered a secret stash of 83,000 votes after election day! Senator Bill Nelson was only 12,000 votes down after that but fortunately, this was not enough for the Democrats to steal that seat.

In the US House Democrats added close to 17 seats over Republicans who were winning on Election Day.

In Orange County, CA where I served in the military, the vote for Governor went to the Republican candidate but every single congressional seat went to the Democrat candidate. The GOP lost every GOP heald US House seat in this mostly conservative country, weeks after election night.

Now is the time to make sure your circle of influence is registered and ready to vote, then reach out to your US House and Senators, asking them how they plan of preventing voter fraud in your state.

This has to be a state by state issue.

The left will try to make it a national issue. If national, it will be too large of a problem for groups to try to monitor, and they will succeed in stealing the 2020 elections.