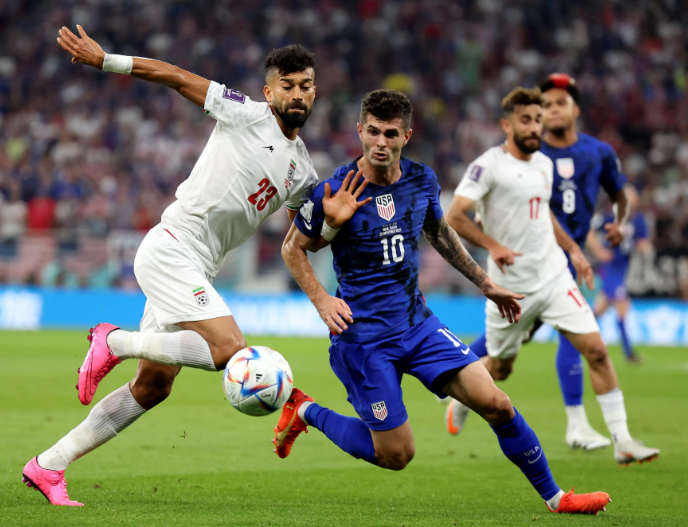 Globalists are pushing for open borders and “Equity” in their pursuit of mandated racial justice.

Racial justice is the systematic fair treatment of people of all races that results in equitable opportunities and outcomes for everyone.

Sys­temic equi­ty is a com­plex com­bi­na­tion of inter­re­lat­ed ele­ments con­scious­ly designed to cre­ate, sup­port and sus­tain social jus­tice. It is a dynam­ic process that rein­forces and repli­cates equi­table ideas, pow­er, resources, strate­gies, con­di­tions, habits and outcomes.

Well, the men’s team, who just earned at least $13 million for advancing in the World Cup are being forced to split the earnings with the women’s team.

This payout is higher than the last two World Cups won by the United States Women’s National Team (USWNT).

“By advancing to the knockout stage, the USMNT earned a payout of at least $13 million. Only half of that money will go to the men’s side while the USWNT will get the other half.”

“To put things into perspective, the USWNT has won each of the last two women’s World Cups. In 2015, the American women earned $2 million, and another $4 million for winning it all in 2019.”

“So, the USWNT earned more money ($6.5 mil) by simply watching the men’s side beat Iran than it did by becoming back-to-back world champs”.

The reason for this is a settlement that was reached back in February between the USWNT and the U.S. Soccer Federation.

The fruits of the new agreement between the U.S. men’s and women’s soccer teams is about to pay off.

The terms, agreed to in May and formally signed in September, put both teams on the same payment model through 2028.