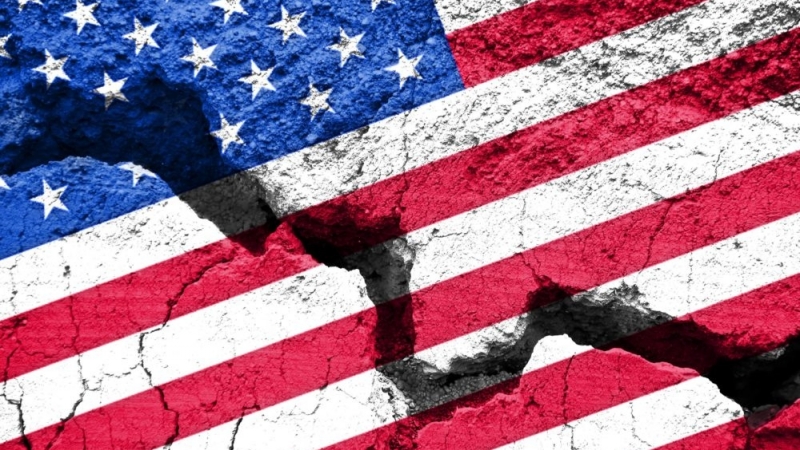 The next 2 election cycles, the 2022 midterms, and 2024 Presidential elections might be the last 2 that matter for preserving our nation’s Constitutional Republic.

The radical left has been able to take control of nearly every branch of the federal government, education, and major media outlets.

With Joe Biden’s Presidency failing miserably, leaving him a national approval number in the ’30s, the GOP led by Donald J. Trump’s MAGA movement, is hoping for 2 Red Waves, allowing for the most dramatic U-Turn in world history.

If the left is able to fight off these expected losses, leaving America on the same trajectory, new polling shows that Americans on both sides of the aisle believe the USA is toast.

According to a new Yahoo News/YouGov poll, most Democrats (55%) and Republicans (53%) now believe that it’s “likely” the United States will “cease to be a democracy in the future.”

Nearly half of all Americans (49%) share similar views when independents and other individuals without political affiliations are surveyed. By contrast, 25% think the end of US democracy is unlikely and another 25% said they’re unsure.

These results come against the backdrop of the recent January 6, 2021 hearings that the DC ruling class is using to investigate the January 6 storming of the capitol.

According to this survey, only 24% of respondents said they watched the first live broadcast of the committee hearings on June 9.

27% said they saw the news about the January 6 hearings later on.

Live viewership of the hearings was very partisan in nature. For example, live viewership was lowest among voters of former President Donald Trump, Republicans (13%), and Fox News viewers (22%).

On the other hand, Democrats were much more engaged with these hearings. Viewership was highest among Joe Biden voters (47%), Democrats (44%), and MSNBC’s audience (52%). Almost three-quarters (72%) of those who tuned in identified as Democrats or Democratic-leaning independents.

Overall, Democrats, who believe that January 6 was on par with the Pearl Harbor and 9/11 attacks, are the ones who view this incident as a full-frontal assault on democracy. This is clearly the view of people who treat the Capitol as a sacred place of sorts, almost like a cathedral.

So will former President Donald J. Trump be the wrecking ball to the globalists, forming infrastructure?

It comes down to We The People.

If we show up in record numbers in 2024, and prevent the election voter fraud, I believe the answer just might be a resounding YES.