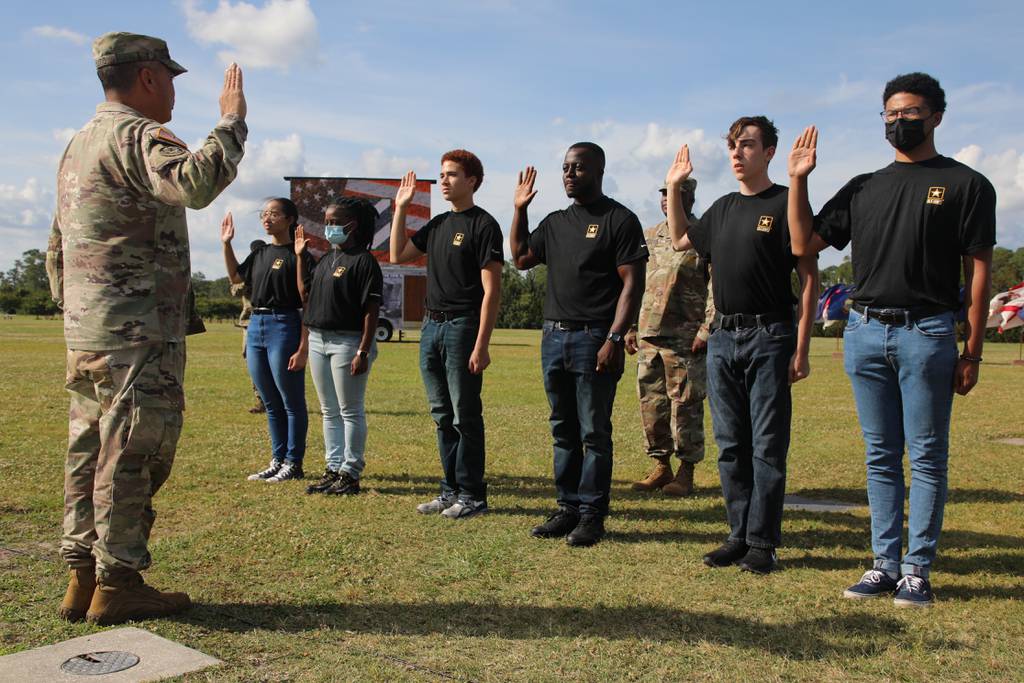 The United States military, until recently, has been the most respected, and feared, fighting force on Earth.

The multiple branches operated without being concerned about the social issue disputes taking place outside their security fences.

Those who wanted to serve had to pass the tough physical, mental, and intellectual testing in order to be considered fit enough, to defend our nation in uniform.

Tens of thousands of men and women have been denied the chance over the past 100-plus years, as the United States could not afford to send low IQ or physically unfit people into battle, for everyone’s sake.

As with other areas of our government, things are rapidly declining, especially in the new Woke military.

In addition to mandating that every active duty service member take the experimental and dangerous Covid vaccines, the US Military is dumbing down the standards used to find and train new recruits.

Why would the military all of the sudden allow less educated people to serve, especially as the military that is becoming more technologically advanced?  The answer, a large number of today’s youth no longer want to join.

As someone who served during Desert Storm, I would not join again today.  Especially with the focus now on pronouns, instead of how to kill our enemies.

The Armed Forces recruitment is struggling through what some officials are calling the “most challenging recruiting year ever.”

In addition to lowering almost every single physical qualification for new recruits to pass their initial training, the US Army has now dropped its requirement that recruits must have a high school diploma or a G.E.D. degree in a desperate effort to attract new blood into the ranks.

Now to be eligible, new recruits only need to get a 50 on the Armed Services Vocational Aptitude Battery (ASVAB) test and be of eligible age (18 or older), the US Army explained in an announcement on Thursday.

Officials for the service blamed a ‘lack of ability and desire’ among young Americans for the recruiting struggles throughout every branch of the military.

As of May, the Army has only reached just 40% of its recruitment goal for the fiscal year ending in October. This pattern can be seen in the rest of the six branches too.  All of them are projecting they will fall well short of their 2022 recruiting goals.

According to one Military official who spoke with NBC, the situation has reached “crisis” levels, especially in the wake of Covid-19.

“This recruiting crisis is like a slow-moving wave coming at us. As the military has gotten smaller and the public have gotten less and less familiar with those in uniform, it has grown. And COVID accelerated it.”

In addition to the relaxed educational requirements, the Army has also removed restrictions on the placement, size, and the number of tattoos that are allowed, as well as offered enhanced benefits and perks for new recruits in an effort to drum up interest.

The struggle to find new recruits is so bad that previous recruiting goals had been revised downward going into this year, and yet, the Army is still a full 60% away from its 2022 goal with just 3 months to go.

“The Army and its sister services have scrambled this year, offering increasingly generous benefits and policy tweaks in an effort to improve recruiting numbers. The Army has hit 40% of its recruiting goals this year, with the struggle to fill the ranks seemingly so grim the Defense Department reduced its planned total force size because prior recruiting goals were out of reach.”

As the US military brass throws standards out the window in the name of social justice, is it any wonder that Americans are not clamoring to join the ranks?

On a positive note for the military recruiters, the Biden administration is further cutting the military budget, which means they will have fewer people to replace each year.

Biden’s budget would mean the smallest Army since WWII.

Very soon, our military will be a tattooed-up, gender-confused, and less educated group of men and women, who will be allowed to put personal autonomy ahead of unit, which will be disastrous in the next military action requiring ground troops.