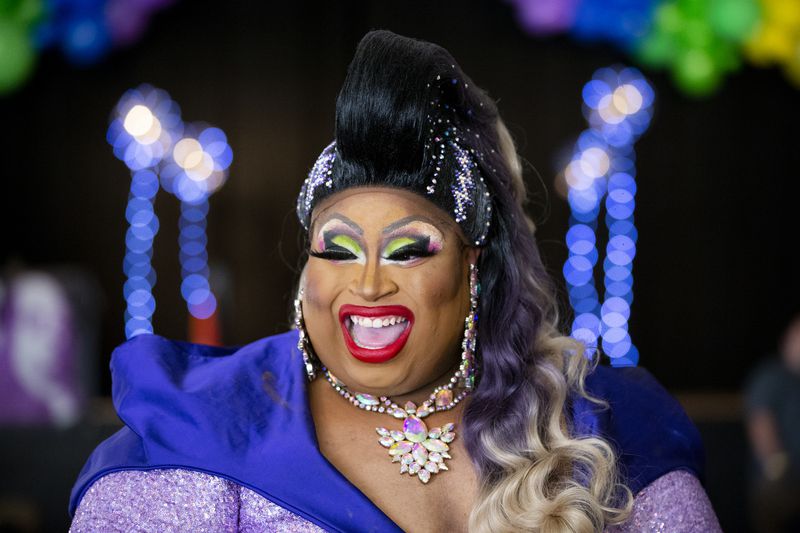 In direct conflict with the mentally unstable Woke culture, I am convinced that men dressing up as women, hoping to have access to young children in sick.

Their twisted perverted public appearances should be stopped ASAP.

The problem for the general public is these men have gender dysphoria and other issues, with statistically higher rates of depression, and suicide.

In addition, some of them have gone completely to the dark side, as sexual perverts, some criminally.

In a recent example, a drag queen from the state of Pennsylvania, who also happened to work as a counselor for children at a “safe haven” for LGBTQ kids has now been charged with a disturbing 25 counts of child pornography, according to new reports.

According to a report published by TheBlaze, “A criminal docket issued last week shows Brice Patric Ryschon Williams was charged with 25 counts of child pornography and one count of criminal use of a communication facility.”

The sexually explicit content found in Williams’ possession includes at least 49 photos and 25 videos of naked, prepubescent boys. The images showed ‘genitalia and boys performing sex acts,’ in some cases ‘with an adult man.’”

“In addition to performing as a drag queen by the name of Anastasia Diamond, Williams is an HIV medical case manager at a local health center and last year joined GLO Harrisburg, a center that offers a ‘safe haven’ for LGBTQ+ youth of color in central Pennsylvania. Williams was awarded the LGBT Center of Central PA Rising Star Award in 2020,’” the report continued.

“I feel as though this is so important because I know there are little kids like me who are queer who are black who are still not able to look up to anyone,” Williams said.

“So that’s the reason why I got into this line of work. I wanted to make … a big impact for folks in my community,” Williams told a local Pennsylvania news outlet last year.” Williams finished.

Here is a video clip posted on Instagram appearing to show Williams performing for children in 2017.

With men like Brice Patric Ryschon Williams lurking around, the fact that any parent would put their children in potential harm by taking them to public book readings by trans men  and/or attend a “Pride” parade, in appalling.

Unfortunately there are mentally ill parents raising  children to embrace a wide range of deviant beliefs. The odds of something going wrong in these young, innocent children’s lives, in not in their favor.

It’s time to open up more mental institutions, and for law abiding citizens to start taking back control of their communities.