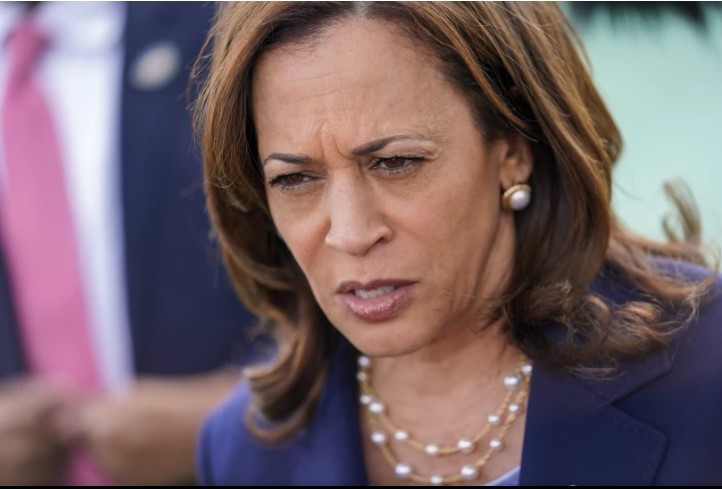 Following the nomination victory of Joe Biden to represent the Democratic Paty in the 2020 Presidential Election, the question of who he would choose to be his Vice President took front and center stage.

In the end, the ineffective Califonia Senator, Kamala Harris, who had enough boxes on the intersectionality chart, was chosen.

In her 17 months as the VP, Harris has made it clear that she was not the best choice for the Biden Administration, after all.

Harris has reportedly been rude and verbally abusive to her staff, has not followed through on assigned jobs from President Biden, and has also made numerous gaffes in the press. In one of her many failed efforts, Harris still has not secured the southern border. Biden gave her that responsibility back in March of 2021.

Among her long list of communication gaffes, during her interview with NBC News in June, she was asked why she had not visited the border, as doing so may give her insight into how to stop the invasion. Harris answered by saying she had not yet visited Europe.

“You haven’t been to the border?” Lester Holt asked.

“And I haven’t been to Europe,” Harris said laughing. “And I mean, I don’t understand the point that you’re making. I’m not discounting the importance of the border.”

In spite of her disastrous job performance, The Democrat National Committee (DNC) reportedly scheduled their Woman’s Leadership Forum fundraiser, featuring Kamala, for May 25 and 26. The problem is they could not get people to buy the tickets, so they rescheduled the event.

“The event was rescheduled last minute for the autumn, when the event is traditionally held, after the event couldn’t sell enough tickets,” Status Coup News reported. “When the invites were sent out on May 5, it was hyped as an incredible opportunity to mingle in person after two years of virtual events and meetings.”

DNC spokesperson Daniel Wessel is on record claiming Kamala Harris is a huge draw for events but did not give a reason why the event was rescheduled.

So the @dnc had to move a May fundraiser with VP Kamala Harris to the fall because "they couldn't sell enough tickets."

Tough sledding when even the donors aren't buying what you're selling. pic.twitter.com/2ZmJSM6vRX

Harris’s polling numbers are embarrassing for the party, leaving the leadership to most likely drop her from their top spot to run in either 2024 or 2028. Her numbers are worse than President Joe Biden’s.

Only 28 percent approve of Harris, with Biden’s approval rating coming in a little better at a dismal 33 percent.

See also  Bernie Sanders Says Biden Wants ‘To Go a Lot Further’ Moving US ‘Away from Fossil Fuel’
Continue Reading
You may also like...
Related Topics: