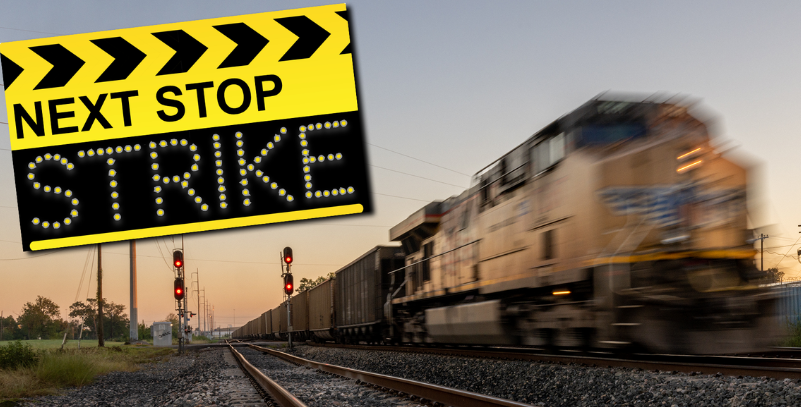 When Joe Biden’s handlers were identifying who the president-elect would ask to serve in the various executive cabinet positions, former South Bend, Indiana Mayor Pete Buttigieg was chosen for the United States Secretary of Transportation position.

Given Buttigieg’s record in South Bend, he was a poor choice for an administration that wanted to ‘build back better.’

As expected by many, Buttigieg has been a disaster, especially in managing US infrastructure and supporting the supply chain nationwide.

Buttigieg failed to get all the rail unions to sign off on a new agreement as the rail workers would not move forward unless paid sick days as part of the new agreement.

The baton was then passed to President Biden who intervened expecting to be able to close the deal.

In September, Biden bragged that he had successfully negotiated a tentative deal to avoid a strike right before the 2021 midterm elections.

“Today is a win — and I mean it sincerely — a win for America,” he said triumphantly on September 15 in a speech in the Rose Garden, promoting his skills as a dealmaker.

In an unexpected turn of events, a few of the unions are not on board after all leaving the weak Chief Executive Officer to urge Congress to act to settle the dispute, warning of serious economic consequences.

“Let me be clear: a rail shutdown would devastate our economy. Without freight rail, many U.S. industries would shut down,” Biden said.

“I am calling on Congress to pass legislation immediately to adopt the Tentative Agreement between railroad workers and operators – without any modifications or delay – to avert a potentially crippling national rail shutdown,” Biden wrote in a statement issued by the White House.

Biden admitted in the statement that his advisors and cabinet officials believed there was “no path to resolve the dispute at the bargaining table,” despite his and his administration’s best efforts.

Nearly 7,000 freight trains could be idled by December 9th if an agreement is not reached, costing businesses up to $2 billion per day.

He tried to excuse his call for emergency measures, by saying he was “reluctant” to ask Congress to settle the labor dispute as he was a “proud pro-labor president.”

Communist members of Congress have repeatedly condemned railway companies for failing to negotiate with workers to give them paid time off.

“The greed of the rail industry must end,” Sen. Bernie Sanders (I-VT) wrote on social media, calling out billionaire railway owners like Warren Buffet for making huge profits and not passing them down to workers.

Warren Buffett, the owner of BNSF Railway's parent company, became $1.38 billion richer yesterday. In one day, Mr. Buffett made twice as much money as it would cost to guarantee 15 paid sick days a year to every rail worker in America. The greed of the rail industry must end.