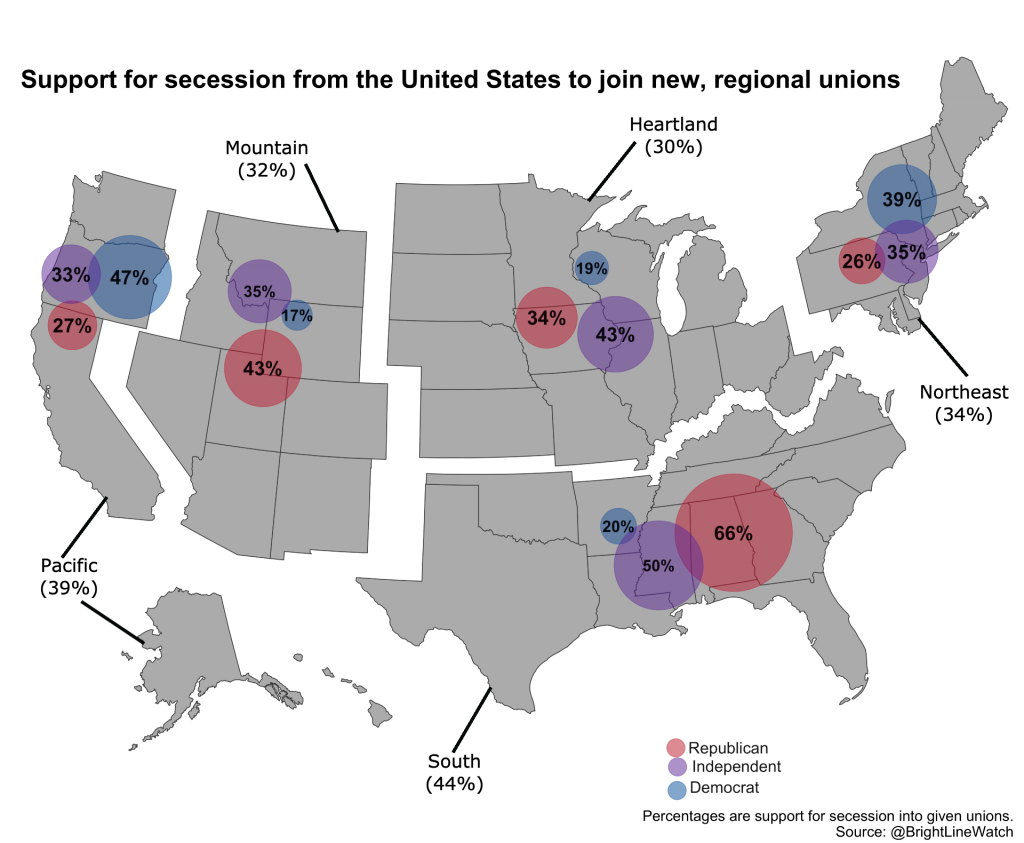 With each passing day, the United States Of America is losing its heritage and way of life.

Progressives have figured out to circumvent our laws, especially immigration, to allow millions of illegal aliens from over 150 nations to invade our land this year alone.

In addition, millions of additional foreign nationals have joined their non-deported family members via chain migration.

Tens of thousands of workers from India, China, and the Philippines are on here on work VISAS taking high-paying tech and medical jobs from American citizens.

Even though President Joe Biden largely ran on a platform of reunification, his recent moving to the left on social issues, support of massive progressive spending bills, recent missteps in Afghanistan, and a resurgence of Covid infections, have led to his approval being underwater.

Other issues frustrated Americans are concerned about include; A massive amount of government spending, increasing crime and homelessness, brainwashing of our kids in failing government schools plus a never-ending attack on our history and way of life.

As a result, more Americans are expressing they can now relate to how the patriots did before signing the Declaration Of Independence.

A shocking new poll from the Center for Politics at the University of Virginia reveals that over half of Trump voters surveyed, and 41% of Biden voters, are in favor of blue and/or red states seceding from the union. Yeah, it’s gotten that bad.

The idea that the nation’s political divide has become so toxic that we should prepare from some sort of “national divorce” has largely been left to clever thought experiments best left for dinner parties and ironically detached columns. However, we’ve now arrived at a point where more than half of Trump voters “somewhat agree” that the time for secession is nigh.

From the Center for Politics report:

Significant numbers of both Trump and Biden voters show a willingness to consider violating democratic tendencies and norms if needed to serve their priorities. Roughly 2 in 10 Trump and Biden voters strongly agree it would be better if a “President could take needed actions without being constrained by Congress or courts,” and roughly 4 in 10 (41%) of Biden and half (52%) of Trump voters at least somewhat agree that it’s time to split the country, favoring blue/red states seceding from the union.

The report continues by examining the broad political dissolution felt by members of both parties (emphasis mine.):

— On one hand, roughly 80% of Trump and Biden voters view democracy as preferable to any non-democratic kind of government.

— On the other hand, more than 6 in 10 Trump and Biden voters see America as less a representative democracy and more a system that is run by and rigged for the benefit of the wealthy.

— Overall, more than two-thirds support — and one-third strongly — emboldening and empowering strong leaders and taking the law into their own hands when it comes to dealing with people or groups they view as dangerous.

—  Roughly 4 in 10 (41%) of Biden and half (52%) of Trump voters at least somewhat agree that it’s time to split the country, favoring blue/red states seceding from the union.

A shocking YouGov poll in June found that 66% of Republicans in southern states want to secede from the United States. That survey, which was done in conjunction with BrightLineWatch, looked at the current political climate in America. The most stunning question concerned support or opposition for the state in which respondents lived in “seceding from the United States to join a new union with 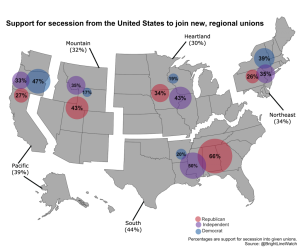 I can see our nation eventually having to grapple with the reality that a significant percentage of the American electorate believes they are experiencing taxation yet without representation.

This may be one of the reasons the illegal aliens are getting distributed around the nation, especially in Red states.