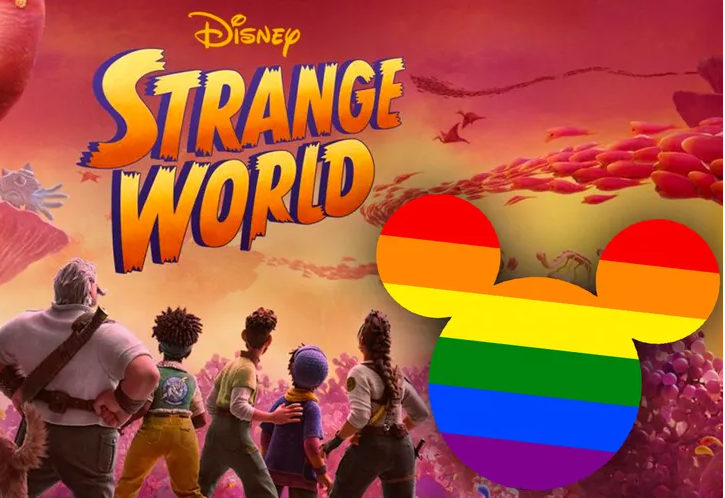 Social justice activists working in corporate America, who live their lives in small safe spaces, are finding out the hard way that most of America is heterosexual, prefers traditional values, and has no interest in watching movies that promote LGBTQ and woke ideology.

Their animated film “Strange World”, based on a fictional gay teen romance that also includes plenty of climate change references, is on target to lose $100 million for the former happiest place on Earth, according to The Wrap.

“The flop is so big that it is on par with another historic bomb that the studio released on Thanksgiving weekend two decades ago: “Treasure Planet,” the most prominent in a string of theatrical busts that helped lead to the ouster of then-CEO Michael Eisner and paved the way for the rise of Bob Iger, who is now returning to take charge of Disney after the brief, tumultuous reign of Bob Chapek.”

According to The Wall Street Journal, Strange World tanked at the box office over the holiday weekend, taking in just $4.2 million on opening night; the movie cost $180 million to make.

From The Wall Street Journal:

“That showing marks the second 2022 misfire from Disney, after this summer’s “Lightyear”—an unusual record for a company long considered a guaranteed hitmaker in children’s entertainment.”

“It has been years since Disney’s animation division has experienced a theatrical performance as bad as “Strange World.” In March 2021, the company’s “Raya and the Last Dragon” opened to $8.5 million amid a pandemic landscape that saw moviegoing plummet, but other examples of such a low opening are more than 10 years old.”

“Disney can weather a miss or two. But the poor performance of “Strange World” highlights one of the issues facing Mr. Iger, who was Disney’s chief executive from 2005 to 2020 and returned to the top job last week when the company’s board of directors shocked Hollywood and fired his one-time successor, Bob Chapek. He returns to a theatrical environment far harsher to animated releases than the one he left.”

All I can say is if you produce a movie that a majority of people want, they will come.

But if you produce what only a very small WOKE mob wants, you will go broke.

This failure led Disney to rehire Bob Iger as chief executive after receiving internal complaints from senior leadership that former CEO Bob Chapek was not fit for the job, according to people familiar with the matter.

Chapek was too woke, leading Disney to go broke.