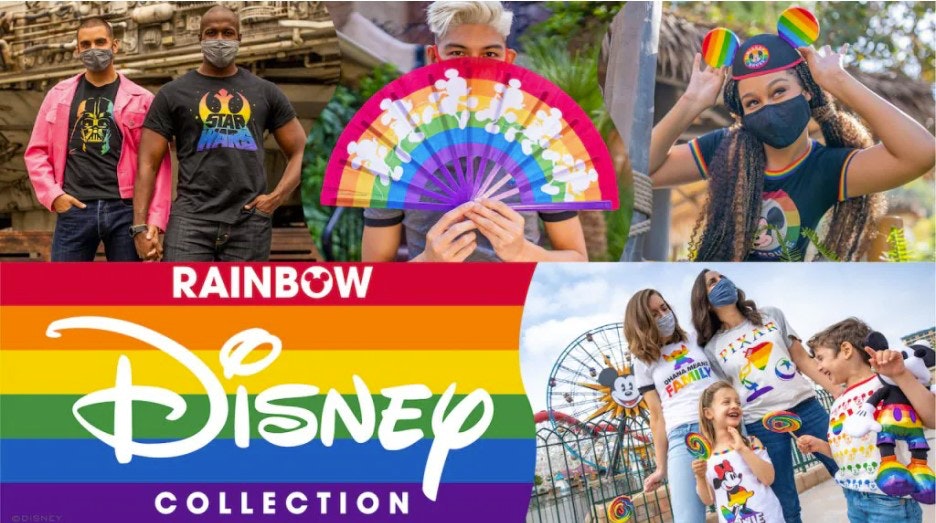 In 2020 Black Lives Matter (BLM) sent out thousands of angry basement-dwelling snowflakes to burn down cities. Their mobs ended up causing an estimated 2 billion dollars in property damage, and at least 25 Americans were killed during their protests and political unrest.

At the time many companies decided to support the Black Lives Matter movement, including The Walt Disney Company.

The 30-second commercial then ends with “Speaking up because Black Lives Matter”.

Recently the organization’s founders have been exposed for using millions of dollars of the non-profit’s donations, for personal real estate acquisitions.

In addition to Disney promoting the domestic terrorists BLM, the corporation has also ramped up its promotion of sexual grooming by those participating in the LBGTQ movement.

For example, the previously family-friendly entertainment conglomerate has been engaged in a public relations battle with the state of Florida’s Governor, Ron Desantis, over its Parental Rights in Education law.

Why you might ask? Because it prohibits classroom instruction on sexual orientation and gender identity for students in kindergarten through third grade (grooming).

In addition, a few very radical Disney managers are introducing LGBTQ into the company’s clothing lines, into their TV cartoons/shows, and have recently started to re-release some of their successful movies, under a new name, adding homosexual characters.

As a result, of going Woke, Disney is headed toward going Broke.

Red State, who first reported on this, points out: “Disney stock has plummeted nearly 50 percent as their political-infused productions continue to turn away audiences and garner angry fan reactions.”

To show to financial costs of Disney abandoning its customer base, a share of Walt Disney Co. stock was worth nearly $180.00, just one year ago. As of June 21st, it has dropped all the way down to $93.

By openly embracing child grooming, Disney has chosen to reject the traditional and pro-American values set forth by its founder Walt Disney, and in the process are losing millions of the previously very loyal, multi-generational customers.

It has simply betrayed itself and its customer base: normal, everyday, American families.

As a result, the streaming service is experiencing huge losses in subscribers and tens of thousands of families, including mine, have removed the former Happiest Place On Earth from our list of potential vacation destinations, permanently.

Until recently, businesses of all sizes would react swiftly, once they had identified areas of their operation that were driving away their customers.

BUT, in today’s woke corporate world, making their “stakeholders” happy is more important than fulfilling their fiduciary reportability to their “stockholders”.

In other words, is it more important for a Disney to satisfy the Great Resets Agenda as put forth by the World Economic Forum, and the ESG requirements reviewed by the massive global asset management firm Black Rock Financial, than to worry about keeping their stock price up for the hard-working people who own their stock.

Disney is woke, and hopefully, they go broke

All I can say is, Goodby Mickey.