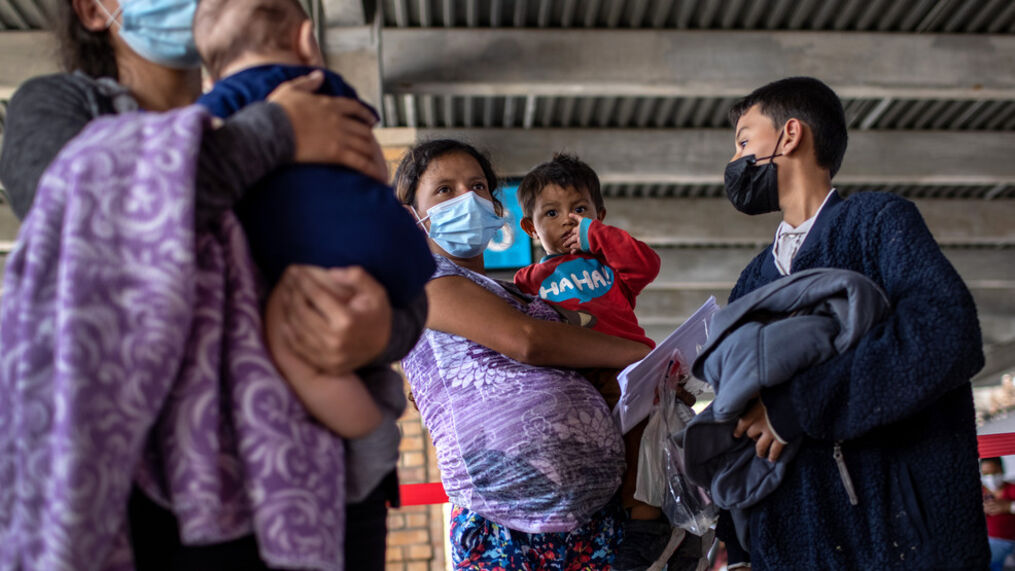 When it comes to the US government’s COVID mandates, their hypocrisy, and preferential treatment of illegal aliens, it is abhorrent.

They are for masking your kids, all federal employees including the military, for private businesses to require their employees to be vaccinated, and segregating society by vaccine status.

In what would have been previously reserved for a Twilight Zone episode, these same politicians who we would have expected to require all illegal aliens to receive a COVID test before being released, are instead are giving them a pass.

Representative Mariannette Miller-Meeks (R-Iowa) introduced legislation on Wednesday that would require all migrants (illegal aliens) to have a negative COVID-19 test before being released from Customs and Border Protection detention.

This makes sense to most American citizens, but not to the Speaker Pelosi lead US House. The Democratic majority actually voted against the legislation.

“Today, I offered my REACT Act on the House floor, which would require DHS to give a COVID test to everyone crossing our border illegally,” Meeks tweeted.

“The majority chose to block this commonsense bill that would ensure the health and safety of border patrol and border communities,”

Today, I offered my REACT Act on the House floor, which would require DHS to give a COVID test to everyone crossing our border illegally.

The majority chose to block this commonsense bill that would ensure the health and safety of border patrol and border communities. #IA02 pic.twitter.com/Qwbc2ZjH04

More than 12,000 migrants, most of whom were from Haiti, were allowed to enter the United States last week. In order to be released, no negative COVID-19 test was needed.

FLOOR ALERT: @HouseDemocrats blocked @HouseGOP requests to consider @RepMMM's commonsense bill that simply requires illegal immigrants are tested for COVID-19 before their release into the U.S., unlike the 12,000 Haitian migrants admitted by @POTUS last week. pic.twitter.com/mj4r9LmXWH

Another tweet from Miller-Meeks on Wednesday said that “The Administration must act immediately to help secure our border.”

“I joined a letter this week led by @RepTonyGonzales demanding the President fully enforce current federal immigration laws,” she said.

Miller-Meeks introduced the REACT Act for the first time in March (Requiring Every Alien Receive a COVID-19 Test). As stated in a press release issued by her office, the congresswoman’s proposal would compel the Department of Homeland Security (DHS) to test all illegal border crossers for COVID-19 before allowing them to be released into our communities.

Miller-Meeks has been on this issue since early March when she said, “This week, I traveled to El Paso, Texas, to meet with CBP agents and officers. I saw firsthand the crisis they are facing, and I believe it is our job in Congress to address it and assist them. Approximately 50% of agents have tested positive for COVID-19, and very few migrants are being tested.”

“My REACT Act would require that every migrant released from CBP or ICE custody is tested and receives a negative test. Border security and immigration is not an issue that only affects border states, it affects every community across the country. By ensuring that individuals entering the country are negative for COVID-19, we can help keep our communities safe and healthy.”

Unfortunately, elections have consequences for those on the losing side.

For logical people, we have to painfully watch as the left floods our nation with illegal aliens who don’t have to follow the same COVID protocols as US citizens.