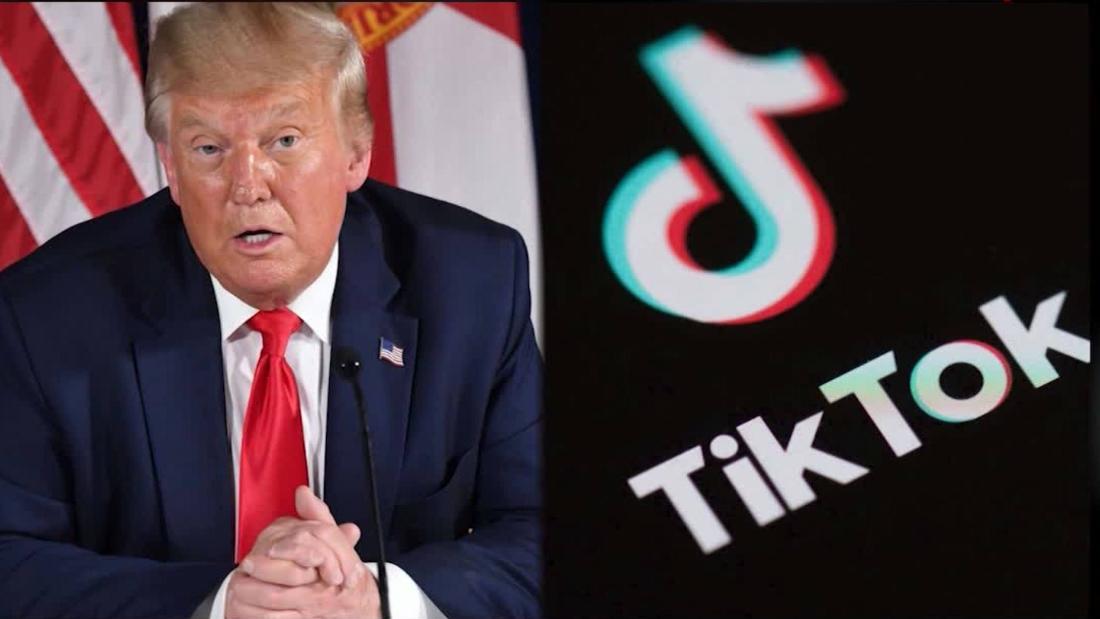 Former President Trump considered banning TikTok in 2020 because he believed the platform was a threat to national security.

TikTok’s parent company, ByteDance, is connected to the Chinese Communist Party and is known for being built essentially as spyware that collects an inordinate amount of data on its users.

The orders were going to effectively ban Tencent’s WeChat app and ByteDance’s TikTok app. The executive order escalated the already-tense tech war between the U.S. and China.

The Trump administration argued that a ban on the apps was necessary because of security concerns with TikTok, a short-form video app, as well as WeChat, a social media and mobile payment app.

The executive order says, “The spread in the United States of mobile applications developed and owned by companies in the People’s Republic of China (China) continues to threaten the national security, foreign policy, and economy of the United States.”

“TikTok automatically captures vast swaths of information from its users, including Internet and other network activity information such as location data and browsing and search histories,” the executive order states. “This data collection threatens to allow the Chinese Communist Party access to Americans’ personal and proprietary information — potentially allowing China to track the locations of Federal employees and contractors, build dossiers of personal information for blackmail, and conduct corporate espionage”.

Biden revoked Trump’s directives, via his own executive order, revoking and replacing several orders which blocked TikTok, WeChat, and Alipay from being accessed on U.S. app stores. The Trump administration also attempted to prevent those apps from operating within the United States, but ongoing court challenges prevented most of those orders from going into effect, the Verge reported.

Oops, some on the left now realize that President Trump was right after all.

“I think Donald Trump was right,” Warner declared. “I mean, TikTok is an enormous threat.”

“It is a massive collector of information, oftentimes of our children. They can visualize even down to your keystrokes,” Warner explained. “So, if you’re a parent and you got a kid on TikTok, I would be very, very concerned. All of that data that your child is inputting and receiving is being stored somewhere in Beijing.

“The second problem is that TikTok in a sense is a broadcasting network in a sense. And if the Chinese communist party and TikTok, at the end of the day, have to be reliant on the communist party. The China law states that” he added.

Warner disclosed that the Justice Department is working on a “solution” to minimize TikTok’s security threat, but described the effort as a “huge mountain to climb.”

The comments came in response to anchor Shannon Bream asking Warner about a remark he made last week in which he indicated that American leaders should have taken action against TikTok when Trump was warning about it years ago.

“As painful as it is for me to say, if Donald Trump was right and we could’ve taken action then, that’d have been a heck of a lot easier than trying to take action in November of 2022,” Warner told technology news outlet Recode. “The sooner we bite the bullet, the better.”