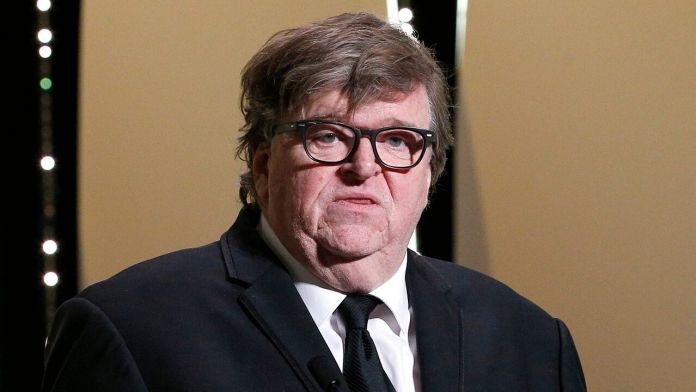 It’s only been a few days since the end of the Republican National Convention, but there is already some promising news for the Trump team.

Far-left activist and documentary filmmaker Michael Moore, who is from Michigan, warned Democrats back in 2016 that Trump was gaining on Hillary and that she needed to start campaigning in the wolverine state, she did not and lost.

It appears it is Déjà vu for Michael. Just like he warned the Clinton campaign in 2016, in 2020 he is warning that despite Joe Biden retaining a lead in national polls, enthusiasm for President Donald Trump’s 2020 campaign is “off the charts” in many parts of the country.

Posting on Facebook, Moore pointed to polling indicating that President Trump may have a chance in battleground states such as Minnesota, which he lost in 2016, as well as Moore’s home state of Michigan, which Trump won by narrow margins.

“Sorry to have to provide the reality check again, but when CNN polled registered voters in August in just the swing states, Biden and Trump were in a virtual tie,” Michael Moore said. “In Minnesota, it’s 47-47. In Michigan, where Biden had a big lead, Trump has closed the gap to 4 points.”

“The Biden campaign just announced he’ll be visiting a number of states— but not Michigan. Sound familiar?”

Sorry to have to provide the reality check again, but when CNN polled registered voters in August in just the swing…

Despite being a loud socialist and vehement opponent of Trump, Michael Moore predicted that Trump would defeat Hillary Clinton in 2016. The Michael Moore in Trumpland director cited widespread disaffection across America’s rustbelt, adding that Trump’s victory would be the “biggest fuck you in history.”

With November fast approaching, the Planet of the Humans director has warned that Biden lacks the “necessary enthusiasm” to win the election and is urging the left to take campaigning into their own hands, admitting that Trump’s base of support has “not gone down one inch.”

“Biden does not generate the necessary enthusiasm that it’s going to take to get people out,” Moore told Vanity Fair back in May after Biden clinched the presidential nomination over Moore’s proposed candidate Bernie Sanders. “The Democrats are cynically counting on everyone’s desire to remove Trump.”

With Joe’s declining physical and mental condition, plus COVID restricting the size of crowds, Michigan and other rust belt states might again get neglected by the Democratic Presidential nominee which could be disastrous for their chances on November 3rd.

President Trump’s team seems to be in full gear and the momentum is on their side with just a few months to go.

If unchanged, Michael Moore will say I told you so, and the left collectively will have another Trump Derangement meltdown, made for video, as good memories for MAGA supporters for generations to come.