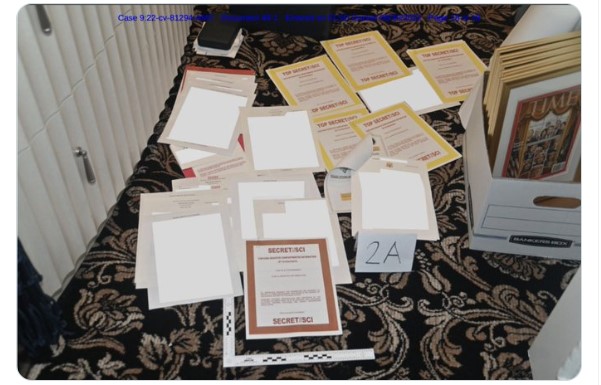 The actions taken by the Federal Bureau Of Investigation (FBI) over the last decade have been alarming and should be concerning for all Americans.

Some of their questionable activities include their investigations into the Russian Hoax, concealing the criminal activity found on Hunter Biden’s laptop, and their zealous participation in targeting those who attended the January 6th protests.

In addition, they have been targeting parents who protest at school board meetings, and are now working with the DOJ to try to bring document mishandling charges against former President Donald J. Trump.

The DOJ using the information collected during the questionable raid of former President Donald Trump’s Mar-a-Lago residence filed a new 36-page filing on Tuesday. In it, they address the investigation into Trump and the former president’s compliance thus far.

Trump replied to the photo on his social media platform Truth Social. 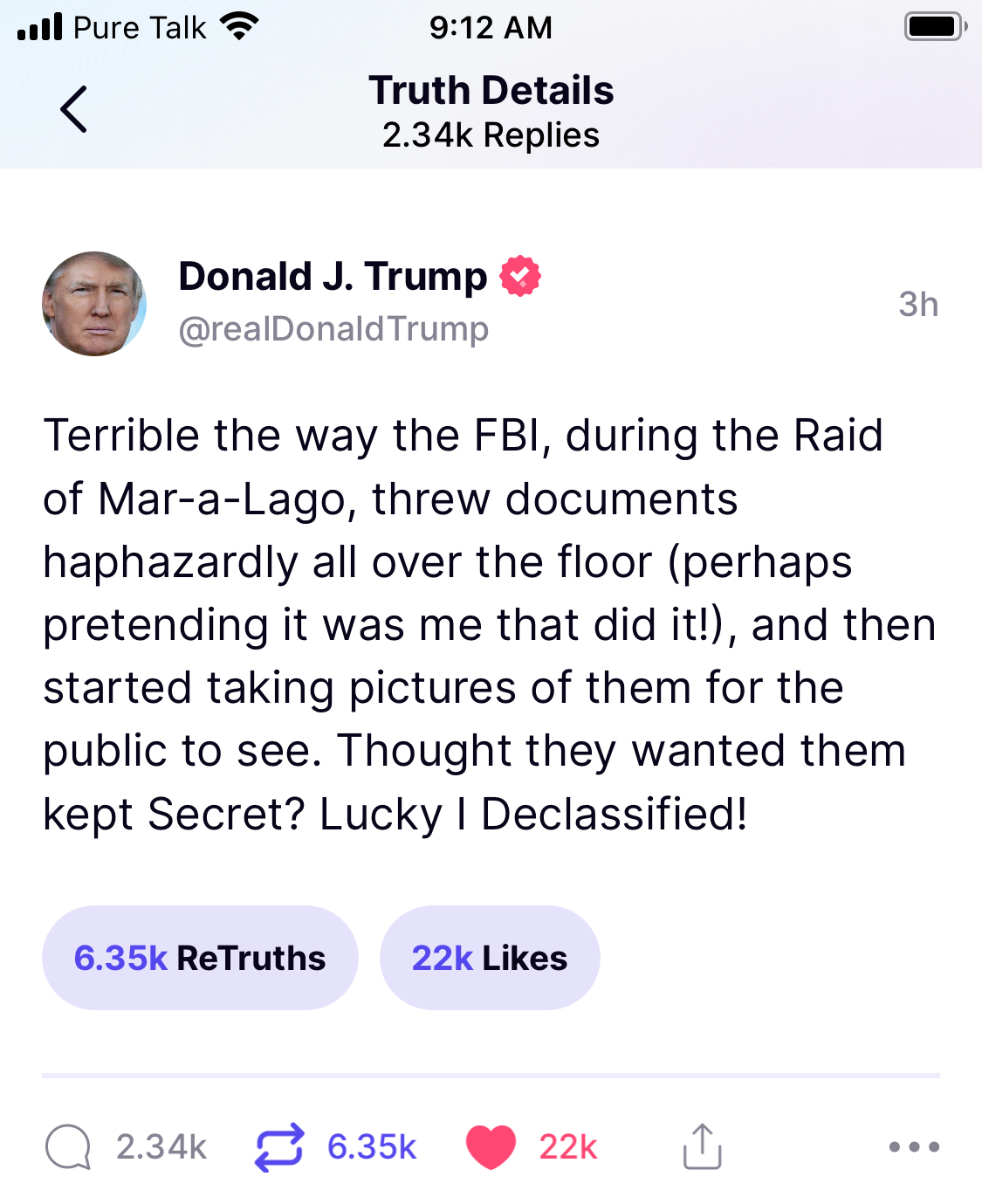 The federal government accused Trump of repeatedly failing to return classified White House documents, despite being subpoenaed and promising a “diligent search” to recover any documents.

“The government also developed evidence that government records were likely concealed and removed from the Storage Room and that efforts were likely taken to obstruct the government’s investigation,” DOJ counterintelligence chief Jay Bratt wrote in the filing.

That the FBI, in a matter of hours, recovered twice as many documents with classification markings as the “diligent search” that the former President’s counsel and other representatives had weeks to perform calls into serious question the representations made in the June 3 certification and cast doubt on the extent of cooperation in this matter, Bratt added.

The DOJ filing included photos of the documents seized in the Mar-a-Lago raid earlier this month, which showed several redacted documents and others that were marked “TOP SECRET//SCI.”

DOJ releases photo of some documents recovered in Trump's office at Mar-a-Lago.The filing says in some instances "even FBI counterintelligence personnel and DOJ attorneys conducting the review required additional clearances before they were permitted to review certain documents." pic.twitter.com/drGOBBhqC5

The Justice Department claimed that the documents seized in the FBI raid were so sensitive that “even the FBI counterintelligence personnel and DOJ attorneys conducting the review required additional clearances before they were permitted to review certain documents.”

One part of their filing that disturbs me the most is the DOJ is arguing that any White House records seized in the Mar-a-Lago raid “belong to the United States, not to the former President.”

If Judge Cannon doesn’t appoint a special master to verify what documents can be used by the DOJ and which ones are protected by executive privilege, the deep state was able to use an opened ended warrant to grab anything they wanted, for 9 hours.

Tuesday’s DOJ filing argues against Trump’s recent request for an independent review of the seized documents, which Federal Judge Aileen M. Cannon will hear on Thursday.

“We are now demanding that the Department of ‘Justice’ be instructed to immediately STOP the review of documents illegally seized from my home,” Trump said when his legal team filed the motion for judicial oversight. “ALL documents have been previously declassified.”

Trump’s attorneys are expected to respond to the government’s opposition motion by Wednesday evening.

Judge Cannon, a Trump appointee, announced her “preliminary intent to appoint a special master” last week but warned that her order “should not be construed as a final determination on Plaintiff’s Motion.”