Since Adam and Eve started their family in a fallen world, the importance of how future generations would assume power and govern has been paramount.

The youth were not allowed influence as they were still learning and their hormones and mental maturity were in the process leaving them susceptible to making rash decisions based on selfish needs and/or to appease their peers for acceptance.

The progressives’ worldview is based on deconstructing cultures that require voters to agree to tear down everything they have known. Since mature adults do not do this lightly, the voting-aged youth became their targets, as seen in the 1960’s revolutions, today’s leaders.

To demonstrate the errors emotionalism can lead to, even if the best interests were intended, college students at Albion College in Michigan were played by a race hoax but not until held a campus boycott and large public march.

ALBION, MI — Albion College and the Albion Department of Public Safety say a student is responsible for racist graffiti found in a dorm last weekend.

Albion police brought the 21-year-old Black male in for questioning on April 6, according to Chief Scott Kipp. The student admitted to creating most of the graffiti, and video evidence from Albion’s Campus Safety Department confirms the statements made by the student, Kipp said.

The graffiti, which included racist epithets and multiple references to the Klu Klux Klan, was discovered in a stairwell inside Mitchell Towers on Friday, April 2, university officials said. Pictures of the graffiti were posted by City Watch NEWS Group on its Facebook page. 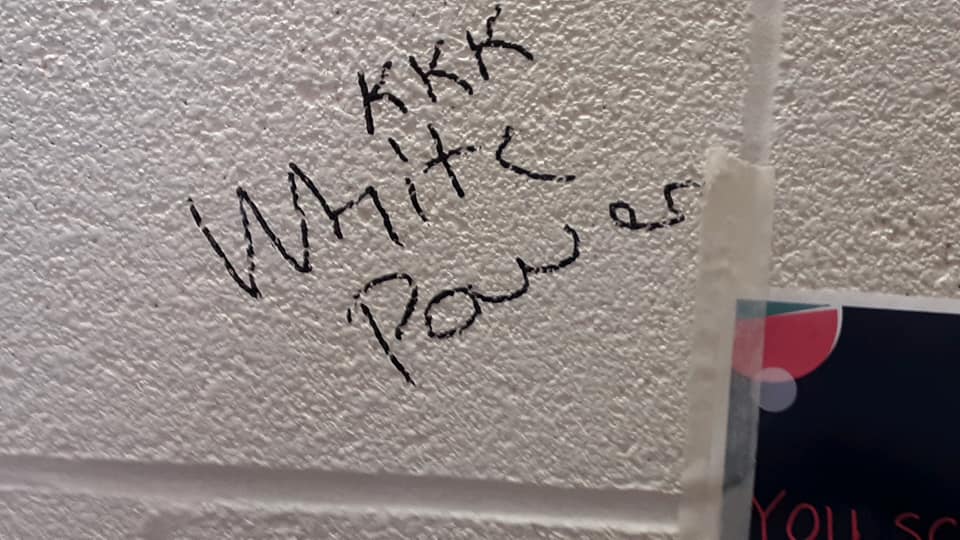 They have been immediately removed from campus and placed on temporary suspension while we conduct a full investigation as part of our student judicial process. (2/5)

What is embarrassing is a large number of the students held a campus boycott and march against racism before the investigation was over. In the end, they were protesting because a black student painted anti-black graffiti around the campus.

In a demonstration of intellectual insanity, the university tweeted that it was their fault not the student for their actions.

Right now, we encourage all members of our community to listen, respond and care for one another, and lean on the faculty, staff, and community members who have been gathering today to make sure we are supporting you. We have your back. (5/5)

Universities have been a major driver in the decline in American Civics, unchanged could be the major tool used by the Marxist to supplant our Constitutional republic with a totalitarian ruler.