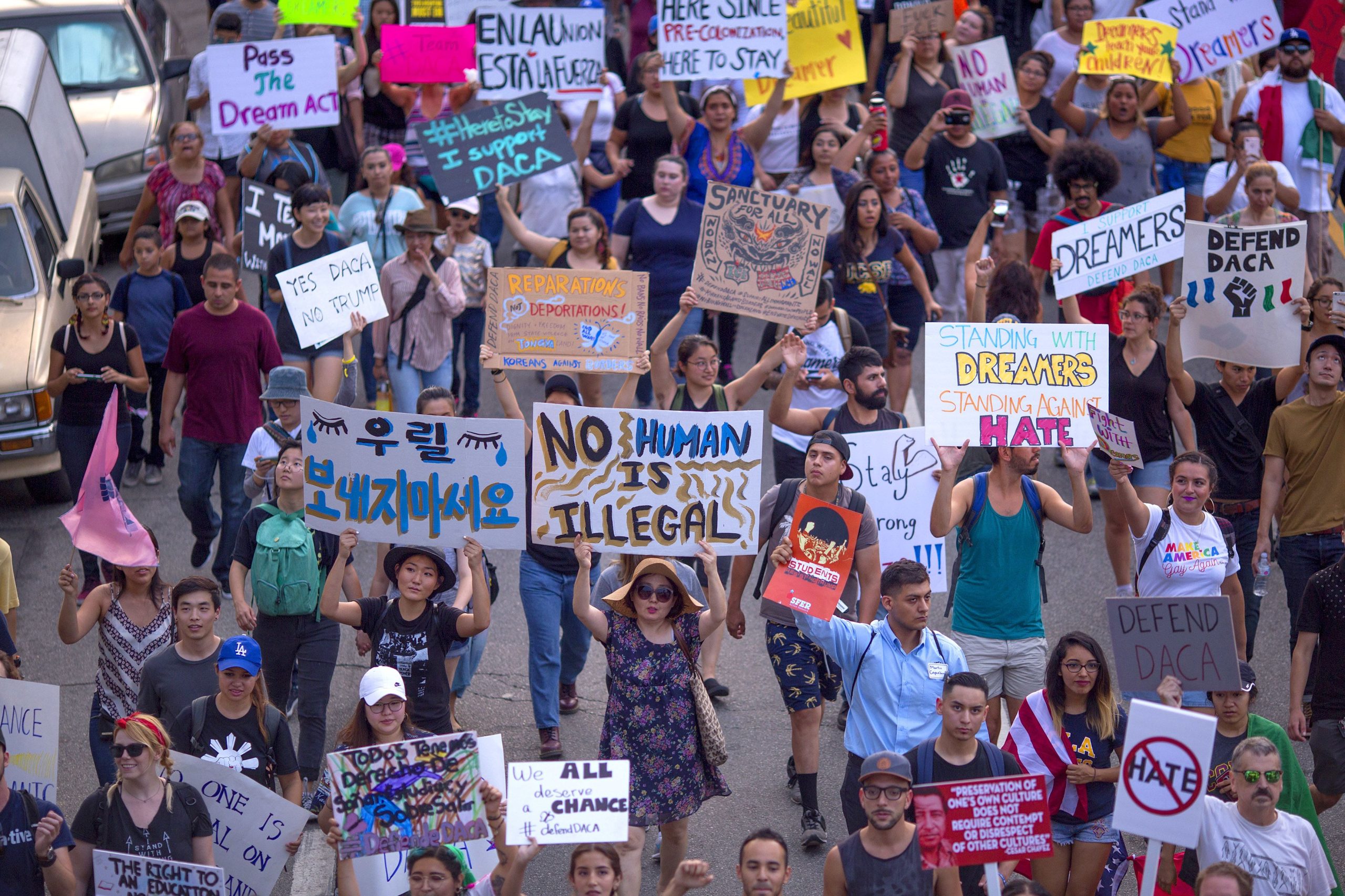 In what was expected by many on Capitol Hill, a federal appeals court ruled that the Obama administration didn’t have the authority to institute the Deferred Action for Childhood Arrivals (DACA) program BUT declined to dismantle it, allowing more than 600,000 immigrants to continue to enjoy its unconstitutional protections.

In preparation for the ruling, Biden signed a new order, similar to Obama’s, but which included a requirement that public comments would be heard on the issue, one of the reasons DACA was struck down.

The Fifth Circuit court held that DACA was unlawfully enacted because it did not undergo the notice and comment procedure required by the Administrative Procedure Act (APA).

“DACA created a detailed, streamlined process for granting enormously significant, predefined benefits to over 800,000 people,” Fifth Circuit Chief Judge Priscilla Richman wrote. “This constitutes a substantive rule. Because DACA did not undergo notice and comment, it violates the procedural requirements of the APA.”

Although the Fifth Circuit determined DACA was unlawful, the three-judge panel remanded the case back to U.S. District Judge Andrew Hanen’s court in light of a recently enacted Biden administration regulation.

“A district court is in the best position to review the administrative record in the rulemaking proceeding,” Richman said.

The new Biden regulation on DACA issued in August will take effect on October 31. Biden’s DACA regulation is largely similar to former President Barack Obama’s 2012 memo that created DACA, except Biden’s regulation was subject to public comments as part of the rulemaking process.

Republican challengers say that DACA is illegal even with notice and comment because it rewrites immigration law without Congress, which would be what is called a substantive violation of the APA. So it is possible that on remand, the new Biden version of DACA will also be invalidated as illegal.

In July 2021, Judge Hanen sided with conservative states who challenged DACA and ruled that Obama unlawfully implemented the program. He will now likewise examine the new program before it is scheduled to take effect.

The three-judge panel – which includes Judge James Ho, an outspoken textualist and originalist, explained that they were not able to render a final definitive judgment because DHS’s administrative record was not included in the package sent up to the appeals court for review, and instructed Hanen to examine that administrative record so that he could render such a final opinion as soon as possible.

Noting that the new Biden regulations are scheduled to take effect October 31, the court instructed that “those issues of law should be resolved sooner rather than later to move this case forward as expeditiously as possible,” giving Hanen enough time to block the new program with an injunction, and then for the Fifth Circuit to take up a comprehensive review for a final disposition.

President Biden lashed out at a federal appeals court on Wednesday.

In a statement, the president called the decision “unlawful” and urged Congress to make permanent legislative protections to help more than 600,000 immigrants currently protected by DACA.

See also  Maxine Waters Calls Republicans Who Disagree With Her “Domestic Terrorists”
Continue Reading
You may also like...
Related Topics:featured