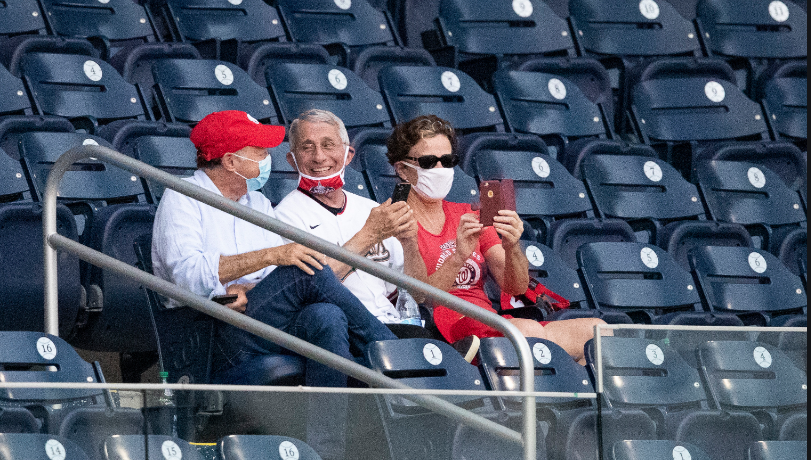 Try to get your head around Dr. Anthony Fauci.

From Wikipedia – American physician and immunologist who has served as the director of the National Institute of Allergy and Infectious Diseases (NIAID) since 1984. Since January 2020, he has been one of the lead members of the Trump Administration’s White House Coronavirus Task Force addressing the COVID-19 pandemic in the United States. Fauci is one of the world’s leading experts on infectious diseases, and during the early stages of the pandemic The New Yorker and The New York Times described Fauci as one of the most trusted medical figures in the United States. 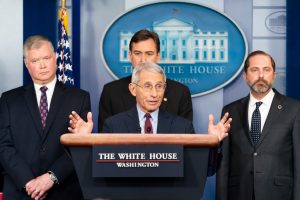 The main driver of shutting down the US, Dr. Fauci has stressed the need all Americans to wear a mask, after telling us they don’t do much, and that we must continue the new “phenomenon” called Social Distancing.

President Trump, per Fauci and Dr. Birx’s recommendations, shut down the country costing thousands of people their businesses, and millions of Americans their jobs.

Now as we try to re-open, the left is still pointing to Dr. Fauci and demanding that we do, as Fauci (Has supposed to have been doing), further keeping our economy stifled.

Well, critics of Dr. Anthony Fauci were taunting him Thursday after photos were released of him watching a baseball game in person without a mask.

Fauci made a public appearance at the Washington Nationals home opener against the New York Yankees, wearing a team-themed mask when he threw out the first pitch.

Dr. Anthony Fauci threw out the first pitch before the Nationals-Yankees game. pic.twitter.com/04Tbkh7Voa

The team invited Dr. Fauci to recognize his efforts in fighting the coronavirus pandemic, which significantly shortened the baseball season and threatened to cancel it altogether.

After his on-camera appearance, Fauci sat in the stands to watch the game and removed his mask. He was also not properly socially distanced (six feet apart) from two other people in the ballpark.

“And there’s Dr. Anthony Fauci showing us all he knows exactly how well masks work!” wrote former New York Times reporter Alex Berenson, a frequent critic of Fauci’s alarmism about coronavirus. “Thanks for the lesson, doc.”

And there’s Dr. Anthony Fauci showing us all he knows exactly how well masks work! Thanks for the lesson, doc. pic.twitter.com/jdHPzq5HfB

Nothing screams “I’m a fraud!” more than being against masks until your fans demanded them, lying about why you were originally against them, signaling your virtue by needlessly wearing 1 while throwing out 1st pitch (poorly & like a fame whore) & then doing THIS! #FauciTheFraud pic.twitter.com/s9M1y4GYLd

The pictures say MORE than a thousand words. The hypocrisy is infuriating, the confirmation through his actions of the lack of necessity, for healthy Americans, is jaw-dropping.

It is time to take off the masks, go back to work, and school, and for those with a pre-existing condition and/or other health issues, this group stays home. If they go out, they wear a mask, for their own sake. Healthy people can’t stop living to accommodate a very small number of unhealthy Americans, unsustainable, and Un-Constitutional.