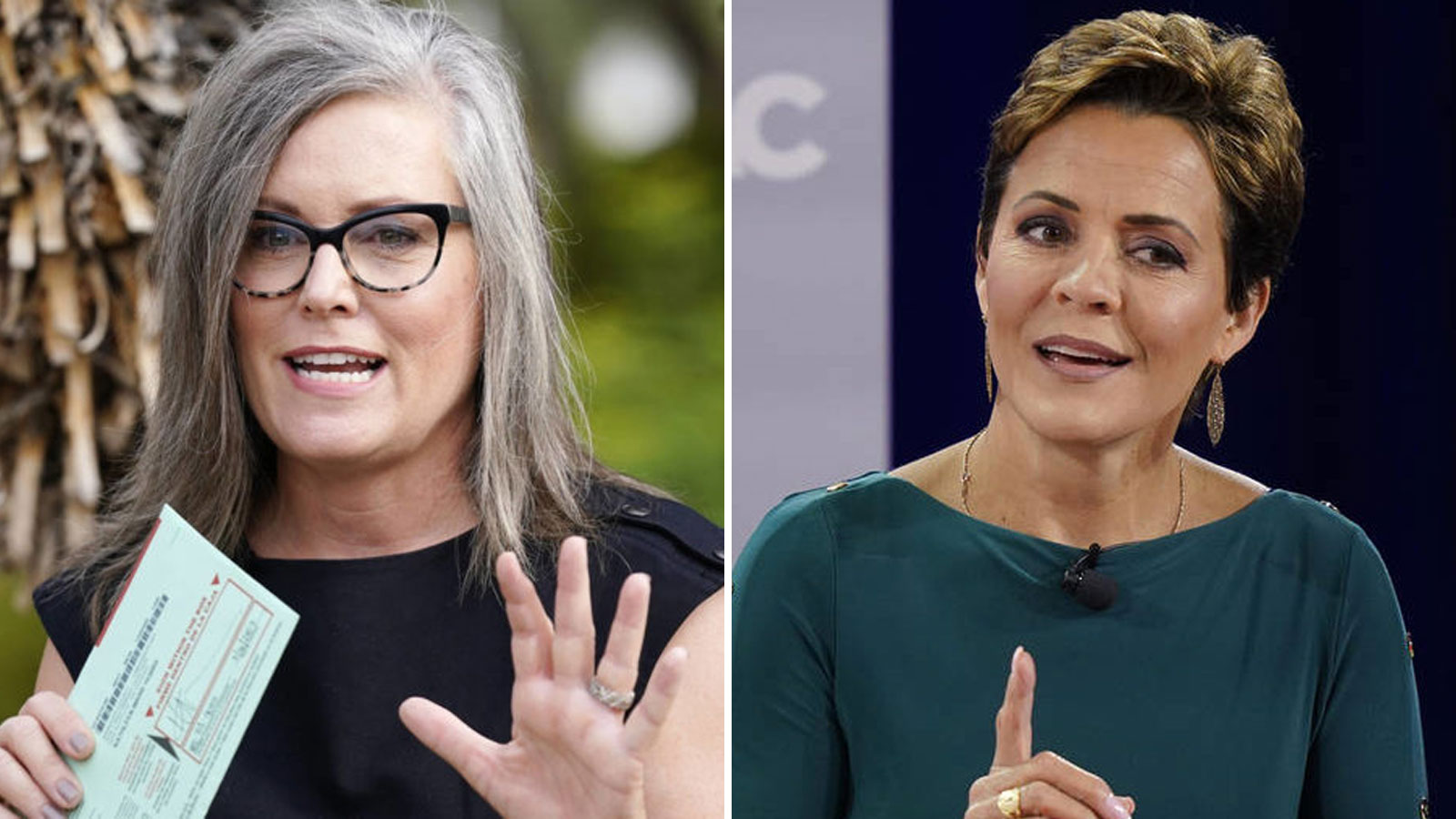 For 20 years, voters in the swing state of Arizona have had the opportunity to see their candidates participate in televised statewide debates, but one candidate running for governor in 2022 wants to take this opportunity away from them.

Katie Hobbs (D), who is Arizona’s secretary of state, has been using Biden’s campaigning playbook of hiding and letting the media do all the work.

Democrat Katie Hobbs’s campaign for Arizona governor doubled down on Sunday announcing that she would not debate her Republican opponent Kari Lake.

Hobbs’s campaign manager, Nicole DeMont, stated that the Democrat would not share the stage with a “conspiracy theorist” after the campaign faced mounting pressure to debate from Arizona’s Clean Elections Commission (CEC).

“Unfortunately, debating a conspiracy theorist like Kari Lake – whose entire campaign platform is to cause enormous chaos and make Arizona the subject of national ridicule – would only lead to constant interruptions, pointless distractions, and childish name-calling,” DeMont said in a statement.

She noted that Hobbs “remains willing and eager to participate in a town hall-style event.”

.@katiehobbs says no for the second and final time to a debate with @KariLake. How pathetic and weak. She refused to debate her Democratic opponent in the primary as well. Nobody this weak can lead a shift at McDonald’s let alone lead Arizona. pic.twitter.com/IHmAHyHgvw

On Thursday, Hobbs, who in 2017 said “neo-nazi[s]” make up former President Donald Trump’s base of supporters, and her team proposed a town hall-style event in lieu of debate.

Each candidate would answer questions separately under the proposal.

During their virtual meeting Thursday, CEC Chairman Damon Mayer asked DeMont if there was “any scenario in which Secretary Hobbs will share the stage with Ms. Lake in a traditional … debate format?”

“Is there any scenario in which Secretary Hobbs will share the stage with Mrs. Lake?”

“I don’t think it’s a hypothetical question. Is there any scenario where she will share the stage?"

After the CEC rejected the proposal, Lake said that “[i]t’s becoming clearer every day that Hobbs’ strategy is to hide from Me, the Press, and the Voters throughout the entirety of this campaign and run out the clock on the people of Arizona.”

The candidates participated in a town hall hosted by the Arizona Chamber of Commerce and Industry on Wednesday, where they fielded questions separately.

Lake took the stage after Hobbs and said that she “will not agree to a forum that [her] opponent wants,” adding that she was “doing that tonight.”

“So we’ve got a couple of empty chairs up here, and every time you look at a chair, just think we should be filling that with our opponent here on the stage. But I digress,” she added.