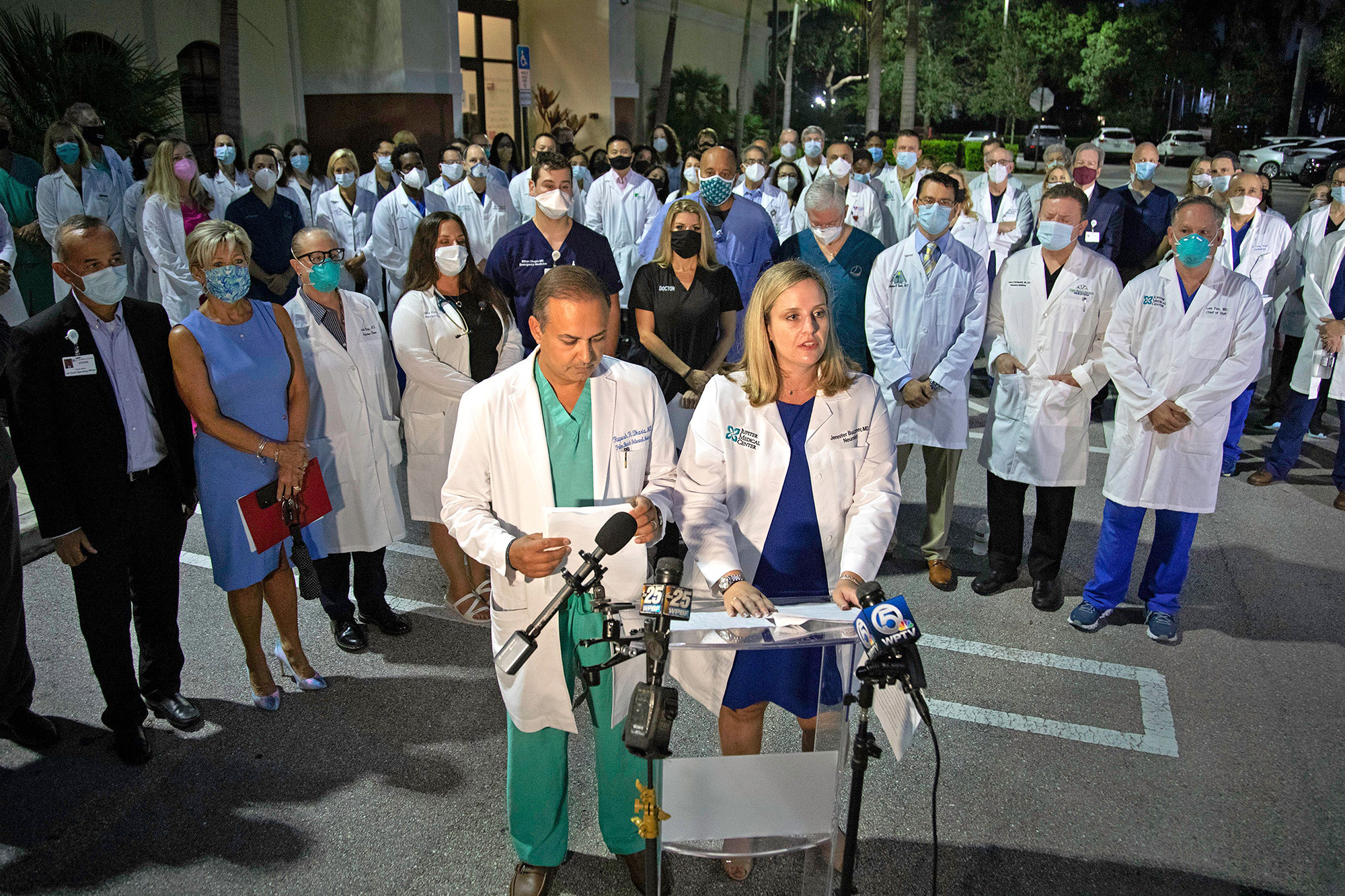 The left is trying the same approach as last summer, shame & divide.

Fake news networks are pushing stories that medical workers nationwide are overworked and hospital rooms are full due to COVID.

Conservative states are in their bullseye because they are defending individuals’ right to make decisions concerning their own health.

Florida is the number one enemy of hyper-pro-vaxers as Governor DeSantis is fighting their calls for tyrannical requirements of mandatory vaccines, in the press conferences and through the courts. 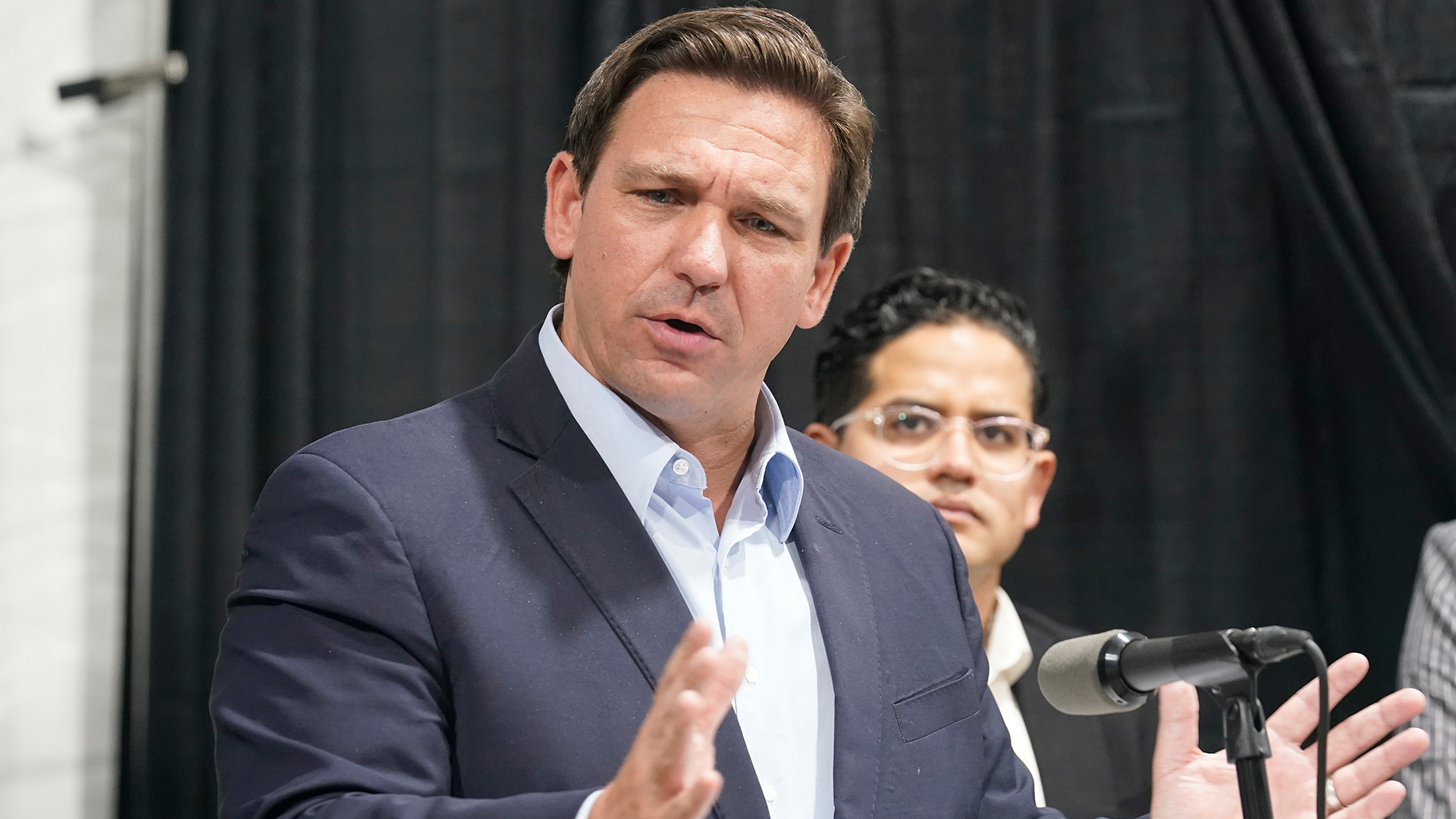 For example, multiple outlets reported doctors at a South Florida hospital staged a walkout to protest a “surge” in patients who are unvaccinated against COVID-19.

However according to Christina Pushaw, a spokeswoman of Gov. Ron DeSantis of Florida (R), there was no “walkout,” as first reported by MSNBC.

“It didn’t happen,” Pushaw said in a Tweet. “They went outside for a few minutes to call on people to get vaccinated. South Florida has a very high vax rate (by the way), and none of the hospitals are ‘overflowing,’ but most of the patients in hospitals are unvaccinated. The doctors didn’t deny treatment to anyone.”

It didn’t happen. They went outside for a few minutes to call on people to get vaccinated. South Florida has a very high vax rate BTW, and none of the hospitals are “overflowing,” but most of the patients in hospitals are unvaccinated. The doctors didn’t deny treatment to anyone

In a statement to The Daily Wire, Pushaw reiterated the same.

“South Florida has a very high vaccination rate, and hospitals do have the capacity to treat patients,” she said. “These doctors went outside for a few minutes while off duty early in the morning, not to protest or ‘go on strike’ — but to urge people to get vaccinated to avoid hospitalization.”

“MSNBC erroneously characterized the press conference as a ‘walkout,’” Pushaw emphasized, “but has since updated their headline and story.” During the event, medical professionals at Palm Beach Internal Medicine complained of being fatigued and ripped “disinformation” about vaccines.

AL.com fact-checked the event too.

“CLAIM: A group of 75 doctors in Florida walked out of their jobs to protest the number of unvaccinated patients overwhelming the state’s hospitals.”

“THE FACTS: No, that’s not true. The news conference took place before office hours and was intended to encourage people to get vaccinated against COVID-19 and wear masks, according to doctors who participated. It wasn’t a protest or walkout.”

According to MayoClinic tracker, a large percentage of Floridians, including 99.9 percent of seniors over 65, have taken the poke!

A majority of Adults in Florida have been jabbed, yet liberals want to give the impression they have not.  These doctors briefly protested that some people are not getting jabbed, ending up in the hospital, then went back to work. 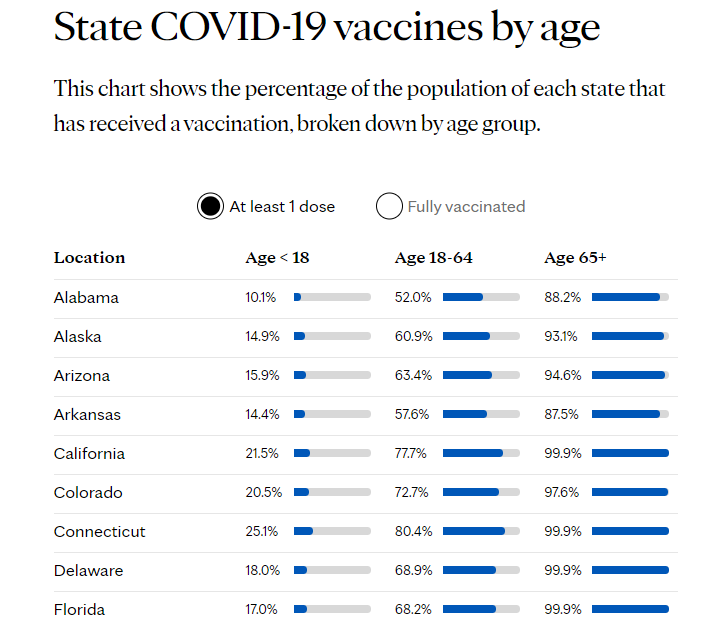 Liberty over fear must be the norm if we want to maintain our Constitutional Republic.

Breaking: Supreme Court Hands Trump A Huge Victory, Liberals Lose Their Minds
What Happened? Afghan Commander Says Army ‘Lost Its Will To Fight’ After US ‘Betrayal’