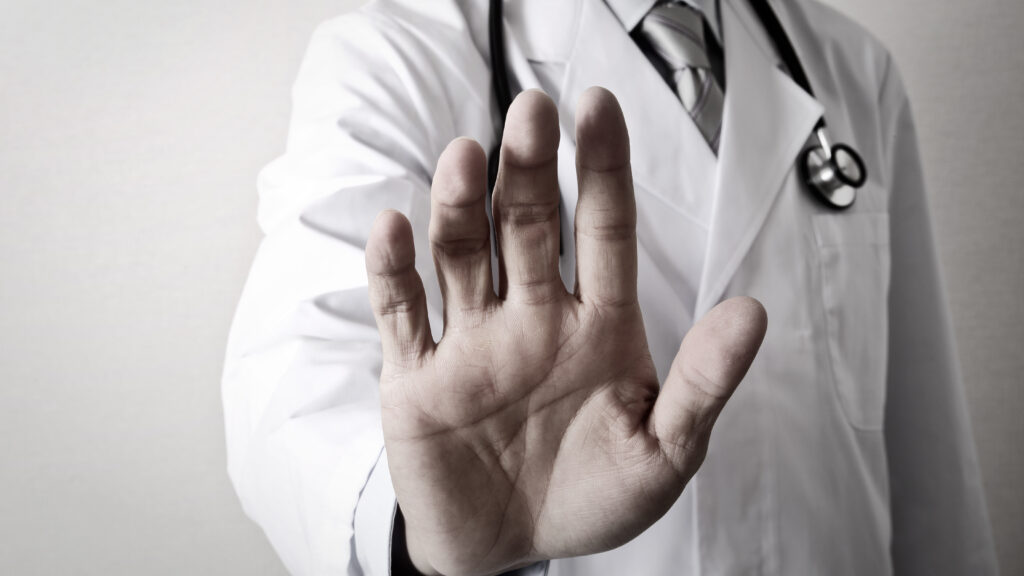 A federal district court ruled Friday that a California law violates the First Amendment rights of medical professionals by requiring them to participate in physician-assisted suicide against their religious convictions and professional ethics.

“The First Amendment provides that Congress make no law respecting an establishment of religion or prohibiting its free exercise. It protects freedom of speech, the press, assembly, and the right to petition the Government for a redress of grievances.”

Alliance Defending Freedom attorneys representing a doctor and the Christian Medical & Dental Associations asked the U.S. District Court for the Central District of California to halt enforcement, while their lawsuit proceeds, of a state law that forces physicians to participate in assisted suicide.

“Our clients seek to live out their faith in their medical practice, and that includes valuing every human life entrusted to their care. Participating in physician-assisted suicide very clearly would violate their consciences,” said ADF Senior Counsel Kevin Theriot, who argued before the court on behalf of those challenging the California law. 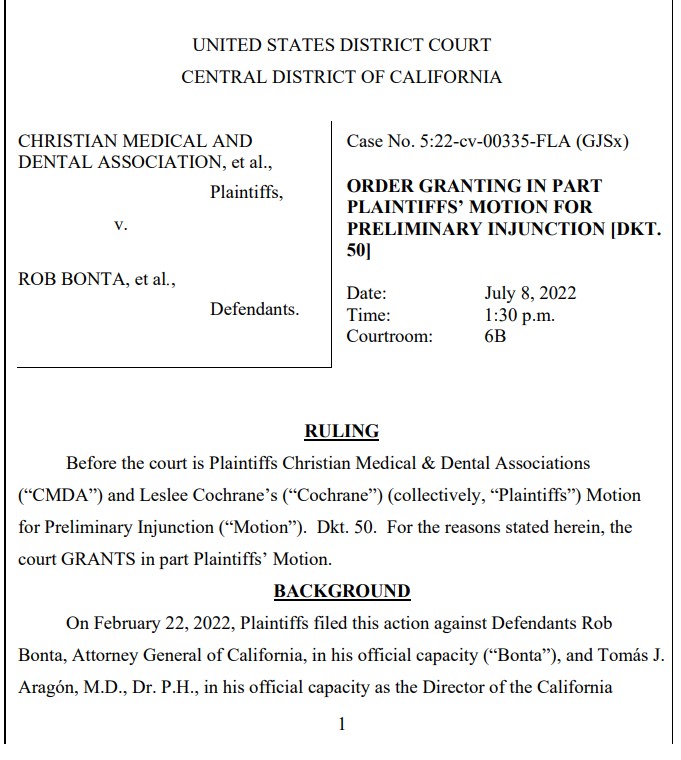 The Christian physicians “have demonstrated they are likely to suffer a violation of a constitutional right absent an injunction…,” the court wrote in its opinion in Christian Medical & Dental Associations v. Bonta.

“The ultimate outcome of this requirement is that non-participating providers are compelled to participate in the Act through [even its] documentation requirement, despite their objections to assisted suicide.”

As the lawsuit ADF attorneys filed in February explains, California legalized physician-assisted suicide in 2015 with its passage of the controversial End of Life Options Act.

Then, despite the medical-ethics consensus that no physician should be forced to participate in physician-assisted suicide even where the practice is allowed, California legislated to not only eliminate important safeguards from the End of Life Options Act but also force conscientious physicians to participate in the process.

Dr. Leslee Cochrane, a member of CMDA, is a California-licensed physician who joined the lawsuit.