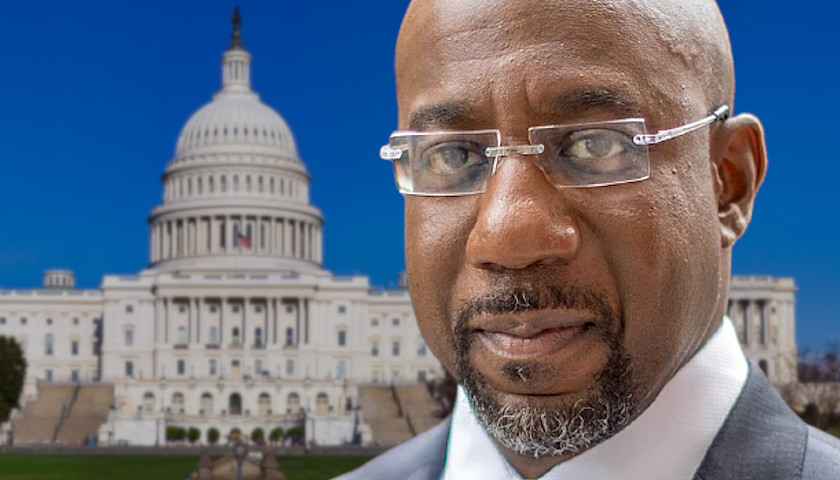 For the past 2 decades, a huge number of Americans have relocated to the formerly solid red state of Georgia.

With the state now approaching parody when it comes to voters’ political affiliations, a very important U.S. Senate seat in the Peach state is polling very close.

Warnock is running to be re-elected for a full, six-year term following his special election runoff victory in 2020.

A respected recent poll shows the race is up for grabs.

Sen. Raphael Warnock (D-GA), who claims to be a reverend, similar to political activists Jessie Jackson and Al Sharpton, hypocritically promotes policies that are in direct conflict with the Biblical teachings.

Warnock is now being accused of misusing political campaign funds for personal reasons, a second time.

In 2020, it was reported that Warnock used his campaign cash to fund his legal expenses for a lawsuit relating to his time as a church minister, not as a Senate candidate, ultimately raising questions concerning the legality of spending campaign funds for personal use, a Politico report revealed.

Politico’s Natalie Allison wrote that Warnock used campaign cash to cover the legal expenses for a lawsuit relating to his time as a church minister in 2005. The case was filed in 2019 by an Atlanta resident, Melvin Robertson, with allegations dating back to 2005.

Now Breitbart is reporting that the Georgia Democrat has allegedly been using his campaign to fund his childcare expenses since 2020, but appears to have stopped for a year soon after taking office in 2021.

The payments have not been without issue, however, as Warnock’s ex-wife, Oulèye Ndoye has sued the Democrats to modify the custody arrangement with their children, as well as alleging  Warnock had “failed and refused to reimburse” her for childcare expenses.

After Ndoye filed the complaint, which also cited his increased income due to becoming a Senator, Warnock resumed paying for childcare out of the campaign’s pocket.

Ndoye alleges Warnock is in “willful contempt” of the childcare agreement and asks a judge to give her additional custody over the children as she moves to Massachusetts to complete a program at Harvard University.

With the Senate currently divided, 50/50, this Georgia seat could and really should be a pick-up for the GOP in the November mid-term elections.