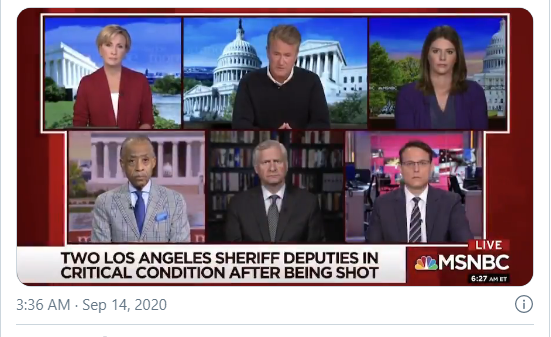 The left way overplayed their repulsive hand by trying to use the death of Geoge Floyd for political purposes.

From Obama, who was trained in the destructive ways of Saul Alinsky, all the way down to the thugs blocking the hospital entrance hoping to keep the 2 shot LA Sheriffs from getting emergency care Saturday night, their plan was to attach “social injustice” and police brutality to President Trump and all his “racist” supporters.

Their twisted narrative continues; Because of social injustice, systemic racism, and the constant killing of black men in America, BLM and ANTIFA are just fighting back against the system which will not change through peaceful means. The vision of MLK Jr. will not work in 2020, so things must be forced to change, regardless of how evil some of the actions have to be.

With the shooting of two Sherriffs sitting in their car, apparently shot by a child, the mob trying to block the entrance then screaming outside the hospital the “We hope they die”, and with America bailing on Biden’s campaign vision of American, which would include more of this while taking away their guns, the left establishment is in massive damage control while walking the proverbial razor-edged fence.

To the protesters blocking the entrance & exit of the HOSPITAL EMERGENCY ROOM yelling "We hope they die" referring to 2 LA Sheriff's ambushed today in #Compton: DO NOT BLOCK EMERGENCY ENTRIES & EXITS TO THE HOSPITAL. People's lives are at stake when ambulances can't get through.

They, along with Geroge Soros, do want to “burn” down America, also reflected in the arsonist getting caught trying to light even more fires in California, and don’t want to stop the tearing down of traditional America.

They just don’t want to lose the elections on November 3rd so are now coming out saying, well we just want social justice, it’s not us shooting the police. Al Sharpton actually said the shooter, of the 2 Sherriffs might have been a plant to turn the nation against their “peaceful” protesters.

As of today, Monday, September 14th, their plan is failing as recent poll numbers are showing an uptick in support for President Trump with Blacks and Hispanic-American voters too.

No race of rational US citizens can support the real Black Lives Matter. BLM agitators yelled, “We hope they die!” from outside of the hospital.

Listen to the “peaceful protesters” ask the LAPD  and LASD officers standing calmly in front of them, “Can I take your girlfriend out and hump her like a dog, instead of a pig? Oink..oink…oink!”

Antifa and Black Lives Matter militants taunt LAPD and LASD deputies, making remarks about how they’ll rape a cop’s girlfriend like a dog instead of a pig. pic.twitter.com/t7Ai2SNaBQ

100 Percent Fed Up – This morning, the far-left hacks at MSNBC brought former President Obama’s chief race agitator, the “Reverend” Al Sharpton onto their show as a guest to help with damage control, as support for President Trump with voters continues to rise, including with two key demographics, Blacks and Hispanic-Americans. 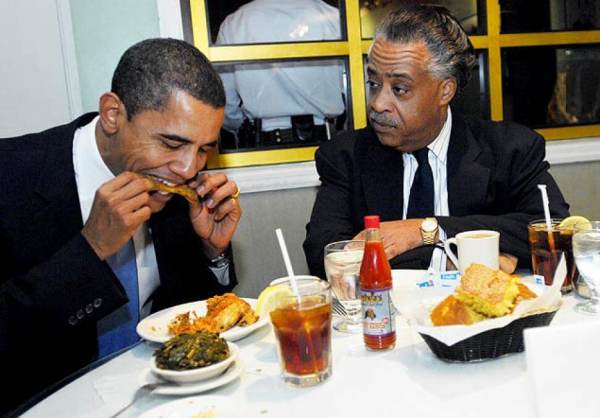 “Morning Joe” host Joe Scarborough began his segment this morning, by asking Al Sharpton what his message to the “25 million peaceful protesters” about the remarks by “those people, who were chanting “they hope that they died?”

Al Sharpton, the guy who openly called for killing cops in 1992, told Scarborough that the message of the BLM agitators is, “We are not anti-police, and we are certainly not for killing or shooting police.” He quickly switched gears, making himself and BLM the victims, saying, “We are there saying police should not be wrongfully shooting or killing civilians, particularly in the black community. And for people to try to associate us with murder and ambushing and death, is doing more to hurt the cause.”

Sharpton then incredibly, attempted to plant the seed that the person who shot the cops at point-blank in the heads, could have been a set up to make BLM look bad, saying: “Some I suspect, in my own way of thinking, could be planted in order to hurt us because they are so extreme from our position.”

Calling for the death of cops isn’t exactly a new concept for the “peaceful protester” Al Sharpton.

Al Sharpton was a regular visitor at Barack Obama’s White House. During his presidency, Sharpton was seen marching in 2014 [video] with thousands of BLM agitators in New York City, while they shouted, “What do we want? Dead Cops! When do we want them? Now!”

Here’s a 1992 video of Al Sharpton inciting a crowd in Kean College, NY. where he incites the crowd to take action against cops, saying: “I believe in offing the pigs!”

Listen to Sharpton tell them: “I don’t believe in marching. I believe in offing the pigs! Well, they got pigs out here! What I believe in, I do!” Sharpton exclaimed, encouraging the laughing audience to physically take on law enforcement. He added, “Do what you believe in. Or shut up and admit you’ve lost your courage and guts to stand up!”

“Ain’t nobody holding you. I’ll off the man. We’ll off him. Plenty of crackers walking right around here tonight.”

The left’s anarchy is filled with every type of social misfit, and with no law and order in their ranks, dog will eat dog, even if they are of the same pack.