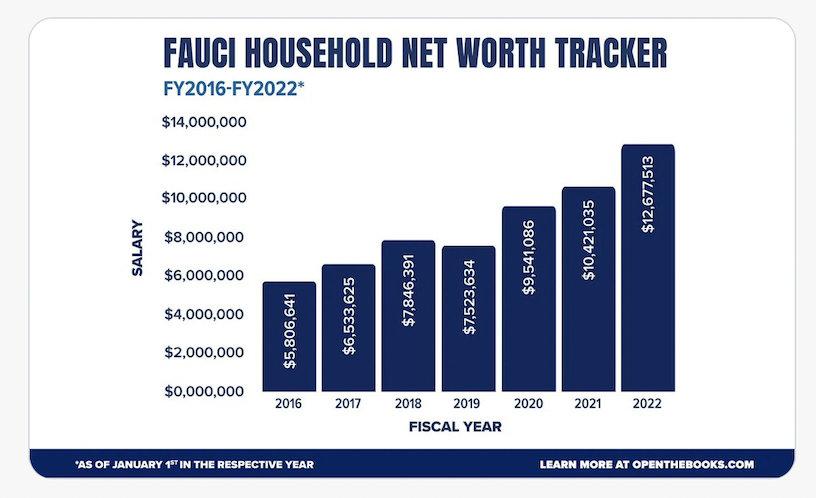 Prior to his mismanagement of the Covid-19 pandemic, Dr. Anthony Fauci was unknown to the average American.

But, for some of us who were around in the 80s, we can remember that Fauci also mismanaged the outbreak of AIDS.

The Wall Street Journal pointed out that were Unlearned AIDS Lessons for Covid.

“Dr. Fauci made national news in 1983 with an editorial in the Journal of the American Medical Association warning that AIDS could infect even children because of “the possibility that routine close contact, as within a family household, can spread the disease.”

After criticism that he had inspired a wave of hysterical homophobia, Dr. Fauci (who in 1984 began his current job, as director of the National Institute of Allergy and Infectious Diseases), promptly pivoted 180 degrees, declaring less than two months after his piece appeared that it was “absolutely preposterous” to suggest AIDS could be spread by normal social contact.

But other supposed experts went on warning erroneously that AIDS could spread widely via toilet seats, mosquito bites and kissing.”

In spite of Fauci’s poor job performance, he has remained employed by the government since 1969.

Fauci is the federal government’s highest-paid employee including the president earning $480,000 per year.

But after factoring in generous perks and benefits unheard of in the private sector, Fauci’s true government compensation comes in at $694,998,

He announced that he will retire in December with a staggering annual government pension of $375,000 per year.

In addition, Dr. Anthony Fauci’s net worth soared during the COVID pandemic, leaving the career government worker sitting on nearly $13 million, according to newly uncovered documents.

The 81-year-old director of the National Institute of Allergy and Infectious Diseases added some $5 million to his household net worth from 2019-2021, according to financial disclosures obtained by OpenTheBooks.com.

Mandatory disclosures show the Fauci household’s net worth jumped from $7.6 million at the beginning of 2019 to over $12.6 million by the end of 2021.

Fauci augmented his generous taxpayer-funded salary with an array of prizes, perks, royalties, and investment income.

For example, flip-flopping Fauci was awarded a $1 million prize by the Israel-based Dan David Foundation for “speaking truth to power” and “defending science” during the Trump administration.

In addition to the Israeli group’s prize, of which Fauci donated 10% to charity, the doctor reaped unrealized investment gains totaling $2,832,876. Those funds included $919,205 in royalties and travel perks and $910,174 in investment gains.

Fauci also pocketed a six-figure sum for editing the medical textbook, “Harrison’s Principles of Internal Medicine,” and serving on the board of directors for its publisher, McGraw Hill.

To get the information, Andrzejewski’s group had to file four federal lawsuits against the National Institutes of Health, the federal agency that oversees Fauci’s office.

Earlier this year, Senator Roger Marshall (R-KS), forced the agency to reveal Fauci’s unredacted financial disclosures for 2019 and 2020 after a nasty Capitol Hill clash that saw the doctor call the lawmaker “a moron.”

Fauci’s wife, Christine Grady, the chief bio-ethicist at the National Institutes of Health, also has investments totaling over $2.4 million at the end of 2021.