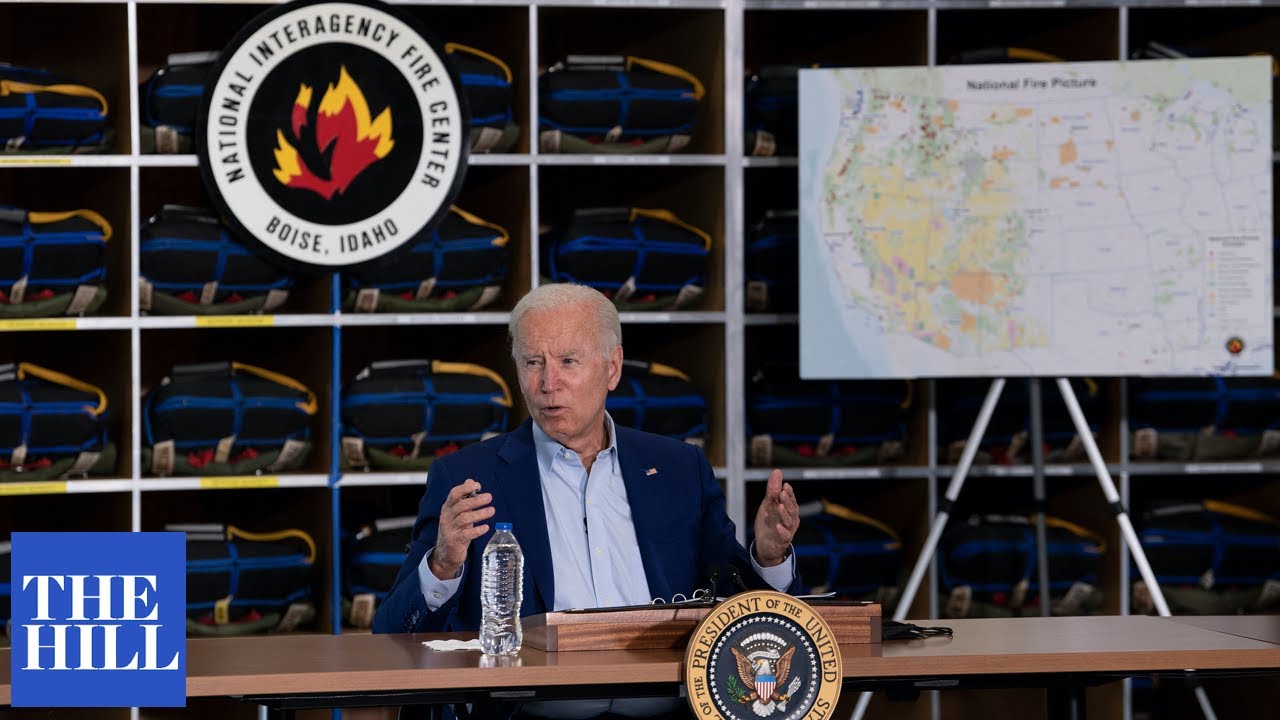 The Biden team must be relieved when President Biden goes home to Delaware and doesn’t come out for several days.

Sometimes they do have to push their senile leader out into the wilderness but then as was reported last week, nervously try to not watch Joe’s speeches and press conferences.

On Monday Biden traveled to Boise, Idaho as part of his visit to the western part of the US.

Joe during an unscripted moment, in an apparent attempt to connect with people in the room, made up a story about how he almost moved to Idaho decades ago because he was offered a job at a lumber company.

Biden said he used to tell the late Idaho Senator Frank Church about his desire to move to the Gem State.

“I used to tell Frank Church this, I got a — my first job offer, where I wanted — my deceased wife and I wanted to move to Idaho because — not a joke — it’s such a beautiful, beautiful state. And I interviewed for a job at Boise Cascade,” Biden said.

Biden added: “And in the meantime, there was a war going on. Anyway. But the whole point was that I used to always kid Frank.”

Unfortunately, this wasn’t true and was quickly exposed as another Joe Biden lie.

The New York Post reached out to Boise Cascade and there is no record of Biden’s story being true.

President Biden said at a wildfire-focused event in Idaho Monday that his “first job offer” came from the local lumber and wood-products business Boise Cascade, but the company says it has “no record” of that being true.

But Boise Cascade spokeswoman Lisa Tschampl told The Post, “We have no record of President Biden’s application or of him having worked for the company. “

Tschampl said that “we checked our system internally and nothing has turned up.”

The White House did not immediately respond to a request for comment and The Post was unable to locate any prior record of Biden mentioning the company.

On well, another day, another lie, misspeak, or cognitive misfire.

Either way, Joe was wrong again, and since he just can’t help himself let’s expect another “story” soon.

More Lies? Secretary of State Blinken Claims Trump Admin Did Not Leave an Afghanistan Withdrawal Plan
Comrade Fauci: Healthy People ‘Have Some Responsibility as a Member of Society’ to Get Vaccinated
To Top