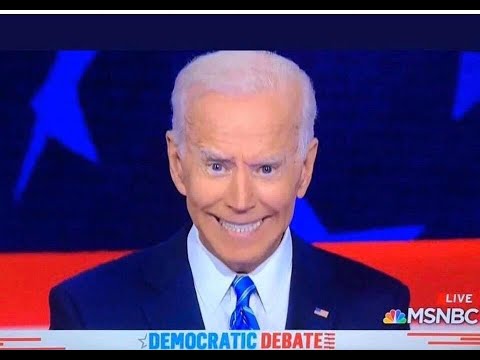 Come On Man! Biden Brags About Obama Admin’s Results – “This is Just the Beginning if We Get Re-Elected”

Joe Biden is a self-imploding disaster and in any other election cycle would disqualify himself, daily, from the Presidency.

With sleep Joe’s numbers dropping like a rock, the growing public perception of his lack of stamina and cognitive abilities, and President Trump’s constant campaigning through his daily press conferences, tweets, and increasing campaign rallies, the former VP and Democratic Presidential nominee was forced out of his basement, to the consternation of his handlers and party leaders.

Here are just a few of Joe’s mental lapses.

Well, Joe was back in front of the cameras as he delivered remarks on the wildfires ravaging western states and without a teleprompter went off the rails while trying to connect them to climate change.

As coached by his handlers, Biden blamed President Trump for the wildfires.

The reality is the fires were caused by arsonists, not lightening, failed Democrat policies which have reduced the number of controlled burns and the millions of dead trees left in the forest being used at natural fire kindling.

“If you give a climate arsonist four more years in the White House, why would anyone be surprised if we have more America ablaze?” Biden said.

Then the unexpected happened, a bug through Joe off his coaching and his lack of awareness was on display again.

Biden got attacked by a huge bug while he arguing climate change disproportionately affects communities of color.

He also touted the actions of “the Obama-Biden Administration” and said, “this is just the beginning if we get re-elected.”

Wait a minute Joe, Obama is not the President and you are not the VP.

This is not the first time that Joe Biden has appeared to believe it is still 2012…https://t.co/RD0SZnbKFL