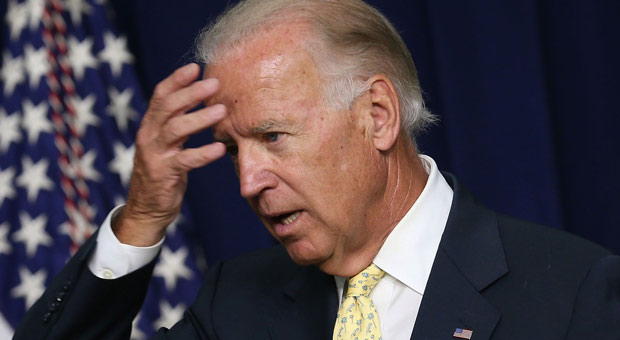 Yesterday was tough for the Democratic Presidential Nominee, Joe Biden.

Basement Joe has been out for about a week and with each speech or controlled event, shows why a majority of America knows he doesn’t have the mental acuity to serve as the US Commander In Chief.

The 77 years old, former VP, started off his day landing in Tampa, the question is who was he waving to when deplaning?  The tarmac was empty, except for security, so the only other people within a football field length of him, were a few firemen sitting in their fire engines, barely in sight.

So Joe was either weaving at the fireman in the truck or no one, though thinking people were standing there.

Later during a speech in Tampa, Biden accidentally lets the truth out, Refers to a “Harris-Biden Administration”, instead of a Biden/Harris Administration.

He knows he's just an empty vessel for the radical left! pic.twitter.com/z6kv22VXat

Harris said the same thing, looks like they have a plan, just was not supposed to come out.

In the same speech, Joe confused Iran and Iraq as he was reading from notes.

Yes, Joe couldn’t get the nations correct even when written on his cheat cards.

Our troops have been serving with some killed in Iraq and Afganistan, not in Iran.

Biden Makes No Sense in Florida Roundtable Event, Rambles About the Second Floor of the Ladies Department

Joe Biden: "Cause if you could take care, if you were a quartermaster, you can sure in hell take care runnin' a, you know, a department store uh, thing, you know, where, in the second floor of the ladies department or whatever, you know what I mean?" pic.twitter.com/tAAK2XbhrE

Well, these will be added to Biden’s blunders, and the increasing amount of ammo the Trump election team has to use the final month and a half before the election.

Here is one they are already running.

My guess is with disastrous days like this, the Trump team is quite alright with Joe talking way.

According to the polls, the more he does, the more the US House will go back to the GOP, as President Trump marches on into a second term.

To connect with me and other patriots click here.