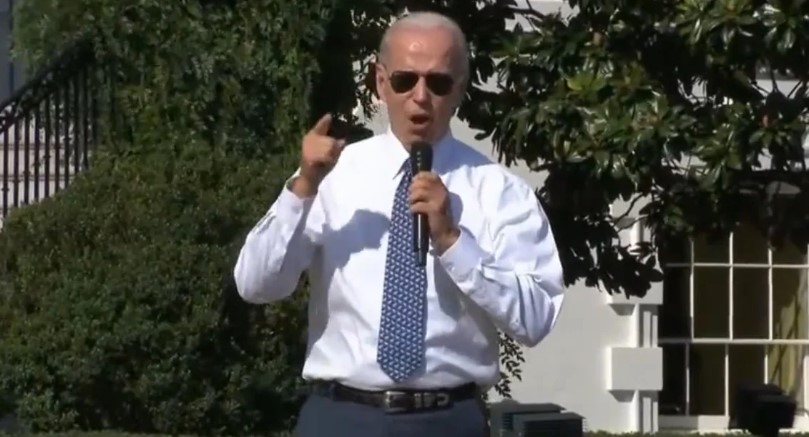 Once again President Biden proved that he is out of touch with reality.

On Tuesday, Biden also displayed his lack of empathy for Americans dealing with the fallout from his destructive economic and cultural policies.

The unpopular, mentally struggling Commander in Chief, could not explain how the administration would deal with the unexpectedly high inflation numbers, as they triggered a sudden plunge in the stock market.

“I think we’re going to be fine,” Biden told reporters Tuesday night when asked about the disappointing data release earlier in the day.

The Dow Jones tumbled more than 1,200 points and the S&P 500 fell more than 4% on Tuesday after the disappointing August inflation report and Joe Biden is at the White House taking a victory lap.

The president spoke briefly to reporters after traveling to Delaware from the White House to vote in his home state’s primary election.

Main Staples In Americans Lives Were All Up

Economists, however, do not share Biden’s optimistic appraisal of the situation.

The median CPI, which excludes all the large changes in either direction and is better predicted by labor market slack, is out and is extremely ugly. A 9.2% annual rate in August, the single highest monthly print in their dataset which starts in 1983 (second highest was in June). pic.twitter.com/4W6XDLdJXA

CNN: "There is this unfortunate split screen right now with the Dow taking a total beating…it feels like it's hard to be celebratory for some people." pic.twitter.com/KOGbacKFhT