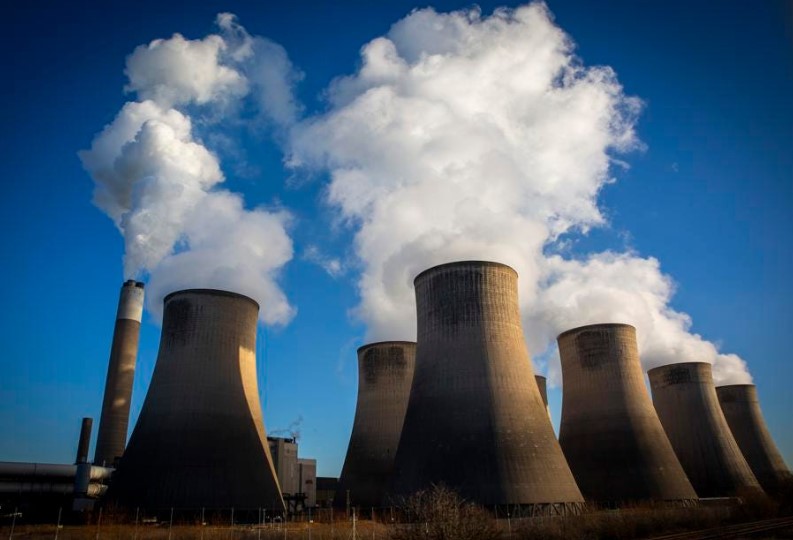 Nations will likely burn through their remaining “carbon budget” in less than a decade if they do not significantly reduce greenhouse gas pollution, a new study shows, causing the world to blow past a critical warming threshold and triggering catastrophic climate impacts.

The annual Global Carbon Budget analyzes the maximum emissions under which the world can stay on track to avert that point, projected carbon dioxide emissions would cross the red line. This is roughly nine years under current emission levels.

The nine years in much less than the abstract 12 years estimate previously put forth by junior social justice/climate alarmists, including US House Representative Alexandria Ocasio-Cortez (D-NY)

Ocasio-Cortez: The WORLD IS GOING TO END In 12 YEARS!

Leaders at the UN Climate Change Conference, known as COP27, have pushed for natural gas as a ‘’transition fuel’’ that would ease the world’s switch from fossil energy to renewables.

The report estimates that the new gas projects, many launched in response to Russia’s invasion of Ukraine, would consume 10 percent of that remaining carbon budget, making it all but impossible for nations to limit warming to 1.5 degrees Celsius above preindustrial levels, as required in the Paris Accord agreement.

The Global Carbon Budget, an annual assessment of how much the world can afford to emit to stay within its warming targets, found that greenhouse gas pollution will hit a record high this year, with much of the growth coming from a 1 percent increase in carbon dioxide from burning fossil fuels.

This rhetoric has alarmed scientists and activists who say expanding natural gas production could harm vulnerable communities and push the planet toward a hotter, hellish future.

‘’Gas is not a low carbon energy source,’’ said Julia Pongratz, a climate scientist at the University of Munich and an author of the Global Carbon Budget report released Friday.

Pongratz said it is still technically possible for the world to avoid temperature rise beyond 1.5 degrees Celsius — which scientists say is needed to avoid disastrous extreme weather, rampant hunger, and disease, and the collapse of ecosystems on which humanity depends.

But if fossil fuel use does not dramatically decline, ‘’in a few years we will no longer be able to say it’s possible,’’ Pongraz said. ‘’And then we would need to look back and say we could have done it and we didn’t. How do we explain that to our kids?’’

Yet activists say they are also encouraged by other countries’ growing willingness to embrace a phaseout of fossil fuels.

The U.K. announced it will cease all coal-fired electricity generation in October 2024, bringing forward the end date for the fuel by a year, in a bid to boost the country’s climate credentials. The country’s energy and climate change minister Anne-Marie Trevelyan said the move would “send a clear signal around the world that the U.K. is leading the way in consigning coal power to the history books.”