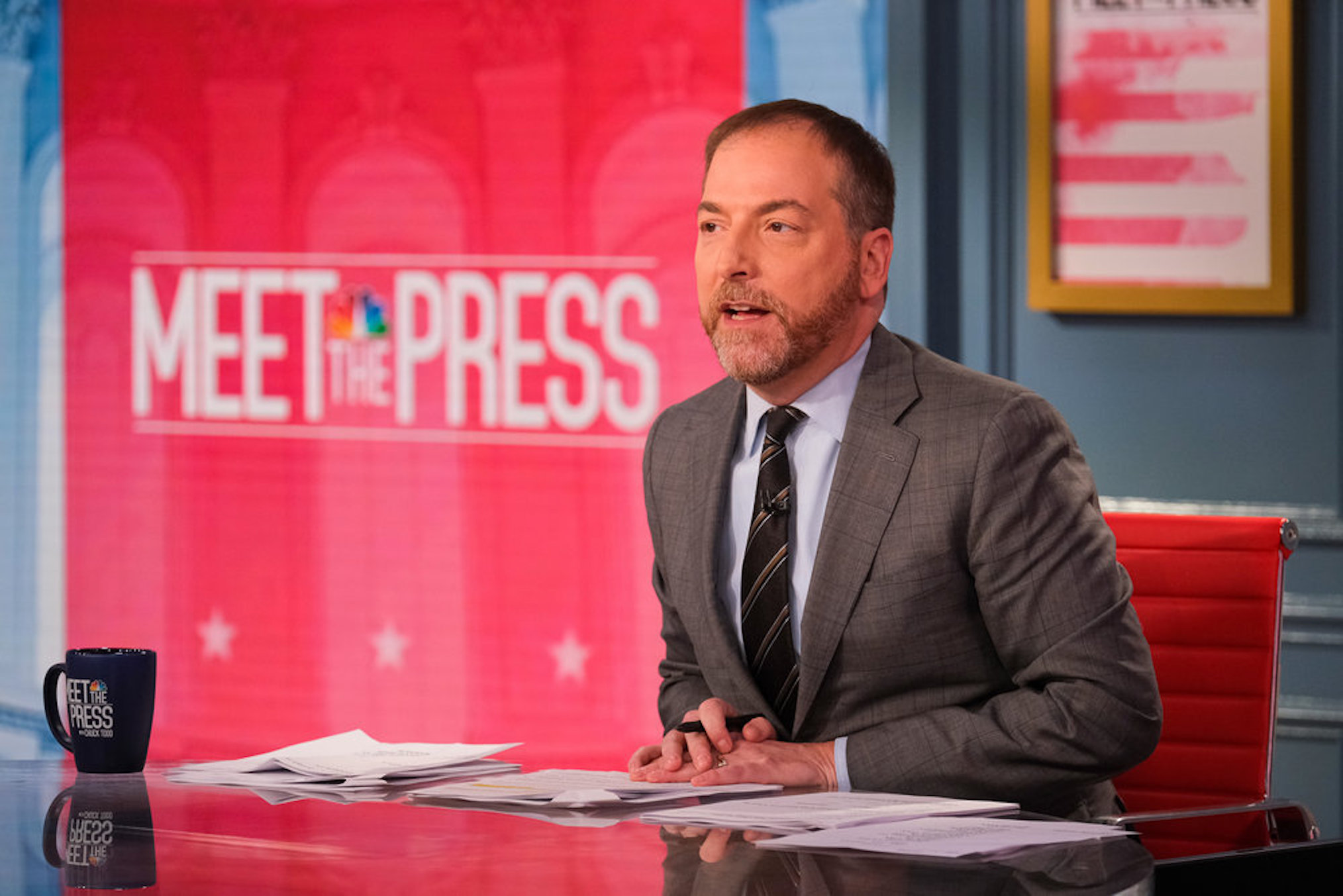 In a surprising development that is set to shake up one of MSNBC and NBC News’ flagship franchises, the network announced Friday that starting on June 1 Todd’s program Meet the Press Daily will be moved to streaming only.

Last Thursday America got some insight into what has been going wrong with the previously featured, prominent prime-time new commentary show.

Todd’s staff invited the deceased, former Congressman Don Young (R-AK)  to appear on Chuck Todd’s Meet the Press NOW which airs on the streaming network NBC News NOW. The only problem is, that “Young passed away in March.”

In an email sent to Young’s former communications director, Zack Brown sent on behalf of Meet the Press NOW with Chuck Todd, Brown was asked if “Congressman Don Young has any availability to join Chuck Todd tomorrow, Friday, June 10th in the 4pm EST hour.” Adding “we would love to have him on the program if his schedule allows.”

In a Thursday tweet with a screenshot of the email, Brown wrote “unfortunately, @chucktodd, I don’t think Congressman Young’s schedule will allow him to be on Meet the Press with you tomorrow, but I’ll circle back if that changes. Thanks for reaching out!”

Unfortunately, @chucktodd, I don't think Congressman Young's schedule will allow him to be on Meet the Press with you tomorrow, but I'll circle back if that changes. Thanks for reaching out! pic.twitter.com/NP2QCFNGH3

Brown also posted his reply to the interview request which stated “sadly Congressman Young passed away in March, but you all did a lovely tribute to him.”

He also attached a link to the tribute Todd did after Young’s passing on his NBC show Meet the Press.

Brown did note that Thursday would have been Young’s 89th birthday and that he would’ve found this incident amusing: “I’m sure he got a real kick out of it from the great beyond.”

Well, Chuck Todd, your show is boring and you are highly partisan, and since you obviously surround yourself with other inept people, your show will eventually slide completely off the air, and the odds are no one will even know that it happened.