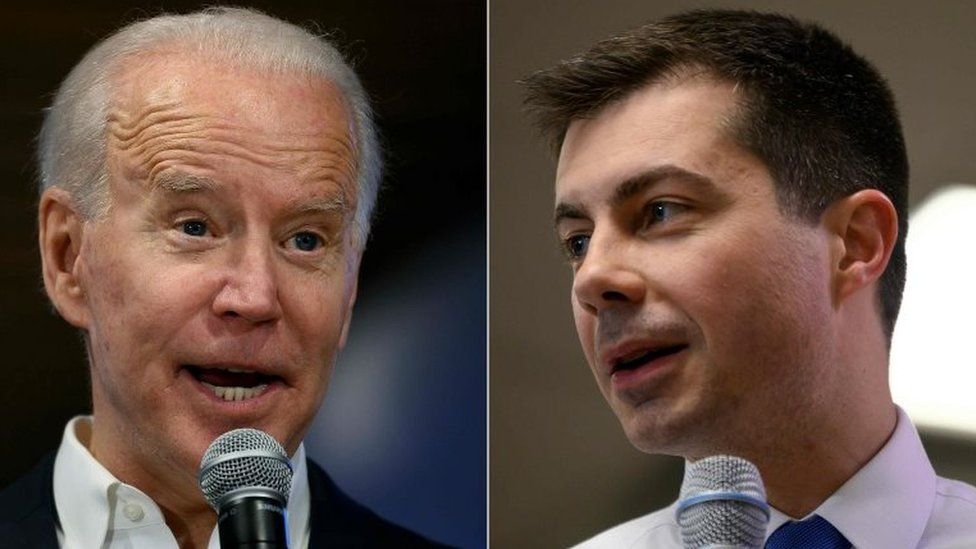 During the Democratic Presidential primaries in 2020, former South Bend, Indiana Mayor Pete Buttigieg was supported by the social justice movement.

In spite of his terrible job performance as a mayor, including accusations of racism in the police department, streets in disrepair, and a stagnant economy, Buttigieg was the left’s darling simply because he is a married homosexual.

Joe Biden went on to win the party’s nomination and presidency.

While intentionally putting together a diverse cabinet, Biden found a place for Mayor Pete as his Secretary of Transportation.

Typically the Secretary of Transportation works under the radar so if they are incompetent, not a big concern as their actions typically don’t affect our nation in a macro sense.

With the Biden administration messing up everything in 2021, Mayor Pete Buttigieg’s ineptitude is front and center concerning the supply chain issue. Americans are concerned as the costs for groceries and other products are skyrocketing, and shelves are emptying because supply ships are sitting offshore waiting to be unloaded at ports around the country.

Why are so many ships sitting offshore while shelves in stores are empty?

Biden put together an Executive Order to determine what risks the county has in regards to various government groups.

What was missing in it was the plan on how to get the huge number of supply ships sitting offshore unloaded.

There were an all-time-high 61 container ships in the queue in San Pedro Bay on Wednesday, according to the Marine Exchange of Southern California. Of those, a record 21 were forced to drift because anchorages were full.

Theoretically, the numbers — already surreally high — could go a lot higher than this. While designated anchorages are limited, the space for ships to safely drift offshore is not.

TRENDING: Biden Admin to Send the Taliban Millions in US Dollars After Arming them with $83 Billion in US Military Weapons

With President Biden dropping the ball, DC is asking where is the man responsible for transportation in, around, and out of the U.S. hiding?

Critics are asking what Secretary of Transportation Pete Buttigieg is doing about the congestion of cargo ships at the ports of Los Angeles and Long Beach, as investigators point to a cargo ship’s anchor as a likely cause of a recent oil spill in the area.

As Breitbart News reported last month, there is a massive backup of cargo ships off the coast of Southern California, due to a variety of factors, including rising import demand, insufficient trucking, and workers’ reluctance to do night shifts.

With 2 incompetent men in positions of power, the Presidency and Secretary of Transportation, it is no surprise whatever they touch is mishandled.

Hopefully, for Americans, someone can get them back on track before we run out of essentials and gifts to buy this during this Christmas season.