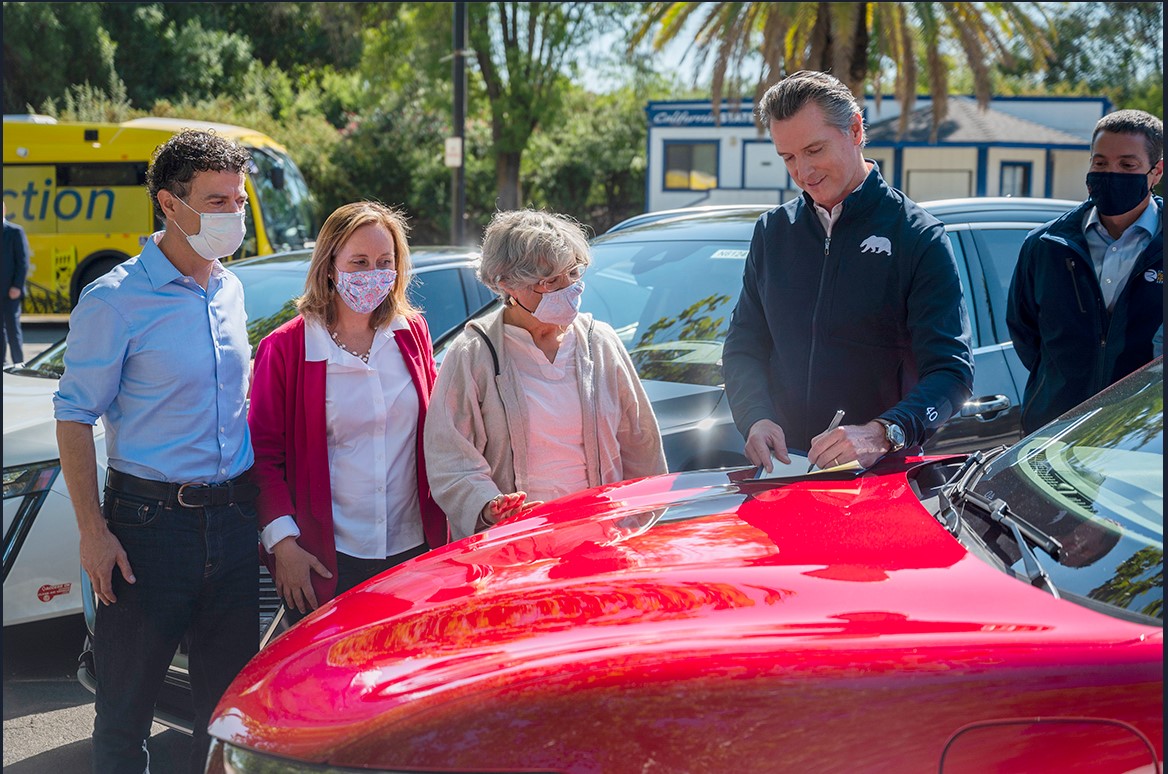 On Tuesday, Californians resoundingly rejected an initiative that would have taxed the rich even more and used the revenue to help low-income families get electric cars, and for use in installing charging stations in their neighborhoods.

The Golden State gets most of its revenue from income taxes. In their progressive tax system, income earners who make over $2 million, only 0.2 percent of the population, are taxed at a whopping 13.3 percent of their income.

Even though this very small group of taxpayers already pays up to 30 percent of the state’s income tax revenue, according to CalMatters, proposition 30 would have put an even larger burner on the often-attacked one percenters.

So why was this environmental ballot initiative rejected by 59 percent of voters?

Believe it or not, the radical environmentalist Governor Gavin Newsom and the California Teachers Association formally opposed it.

The teachers association rejected the idea of “a special interest lock box” on taxes that would traditionally be used to fund public education.

Newsome campaigned heavily against the measure, even starring in a September television ad where he asked Californians to vote against “[Lyft’s] sinister scheme to grab a huge taxpayer-funded subsidy.”

“Gavin Newsom has a lot of credibility as a climate advocate in the state,” said Catherine Wolfram, a climate and energy economics professor at the University of California, Berkeley. “The fact that he came out against Prop 30, voters paid attention to that.”

California law requires rideshare companies to log 90 percent of all miles in electric vehicles by 2030, and Newsom pointed out that Lyft of trying to use taxpayer dollars to foot the bill for its transition to electric. Once Newsom spoke out against the measure, it started slipping in the polls.

According to the clean transportation groups who put forward the measure, Lyft came on, mostly as a funder, once the basic contours of the measure were already established. “There was nothing in there that specifically mentioned Lyft,” said Steven Maviglio, who consulted on press strategy for the proposition.

The measure would have allocated 50 percent of its EV funding to low-income communities. The group argued that this funding would have advanced “equity” for the poor as they are disproportionately impacted by air pollution.

The money raised from the Prop 30 tax, an estimated $3.5 billion to $5 billion annually, would have gone to the California Air Resources Board, the Energy Commission, and CAL FIRE, state agencies Newsom funds with his own budget to reach California’s climate targets.

They include a 40 percent emissions reduction by 2030 and 100 percent EV sales by 2035 in a state where transportation comprises 50 percent of the state’s greenhouse gas emissions and contributes to some of the worst air quality in the country.

Newsome also rejected the initiative claiming the rich should not take on an additional tax burden.

In reality, the rich Gavin appeared to be concerned are his political campaign’s donors and other wealthy constituents who are carrying the financial burden of the state. They spent millions of dollars funding the No movement, hoping to prevent a new 1.75 percent tax increase on incomes over $2 million a year.

In the end, the initiative had nothing to do with helping the climate or the poorest in the state. It was Lyft trying to get a new wealth tax passed so they could get the money needed to convert to electric vehicles but it was blocked by Governor Newsome and the wealthy.