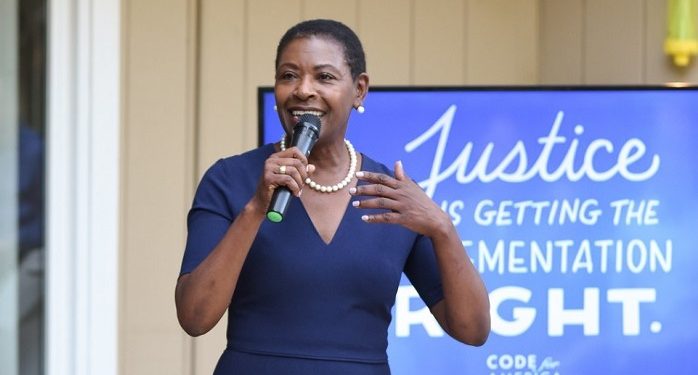 Lawlessness In CA, DA Says Cops Must Consider if Looters ‘Needed’ Stolen Property Before They Can Charge Them

For those of you who live in purple to Red states, this story will seem almost unbelievable.

As part of the progressives plan for “Social Justice”, our jails in CA have been mostly emptied, because of CV-19, and criminal sentencing criteria now allows for no bail and theft up to $750 before considered a felony.

Soros gives thousands of dollars in donations to get progressive leftist politicians elected in District Attorney races so that they can radically change the system from the inside. 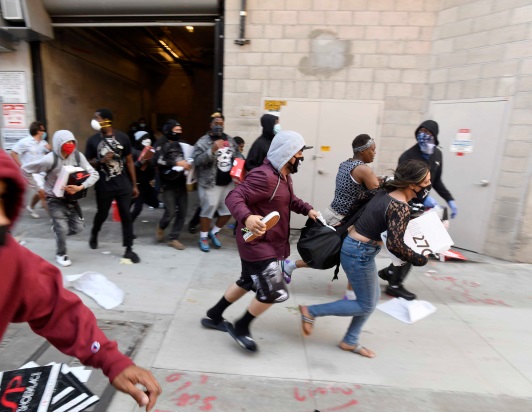 According to RedState, as quickly as Becton took over as district attorney, she carried out major changes in the way the office was run and in how crimes were charged and how aggressively cases have been prosecuted.  One recent change has to do with charging people for “looting,” which is basically stealing during a state of emergency, you know, like a riot?

In spite of their calls for fixing the inequities in our judicial system,  DA Becton, when a couple painted over the Marxist Black Lives Matter (BLM) message on the street in front of the Wakefield Taylor Courthouse, she had the office of the District Attorney in Contra Costa County, charged them with a “hate crime.”

So stealing is fine so long as the thief needed what he stole, but painting over a Marxist group’s propaganda message is a hate crime.

The hypocrisy is blinding, but only to those who can actually see the damage these Soros DA’s are causing.

Here’s the statement where the Contra County DA’ office charged the couple with a “hate crime.”

BREAKING: The #Martinez couple caught on video painting over the approved #BlackLivesMatter mural on #FourthofJuly are being charged with a hate crime, according to a release from the #ContraCostaCounty District Attorney's office. pic.twitter.com/9L21byNsE1

Now up the 99 freeway from me, the law enforcement officers in Costa County, now have to consider if looters “needed” the stolen merchandise before charging them, according to new guidance issued by DA Diana Becton.

If looters are now caught stealing things while BLM riots are taking place in the same exact county, Costa County’s District Attorney has a completely different take on how to apply “justice.”

Rather than charging them with a felony, Becton is asking for police officers to consider if the looters “needed” the stolen merchandise before arresting them.

Here’s photojournalist Jose Carlos Fajardo, who took to social media to provide a video of looters who really needed to steal from a local business in Costa County’s Walnut Creek shopping district:

In order to promote consistent and equitable filing practices the following analysis is to be applied when giving consideration to filing of PC 463 (Looting):

a. Factors to consider in making this determination:

i. Was the target business open or closed to the public during the state of emergency?
ii. What was the manner and means by which the suspect gained entry to the business?
iii. What was the nature/quantity/value of the goods targeted?
iv. Was the theft committed for financial gain or personal need?
v. Is there an articulable reason why another statute wouldn’t adequately address the particular incident?

What can I say, Soros is way ahead of us.

Our schools are promoting BLM’s Marxism this school year, our colleges have been graduating Marxist for 4 generations and now these anarchist racists DA’s, are adulterating the judicial system, what a mess we have on our hands.