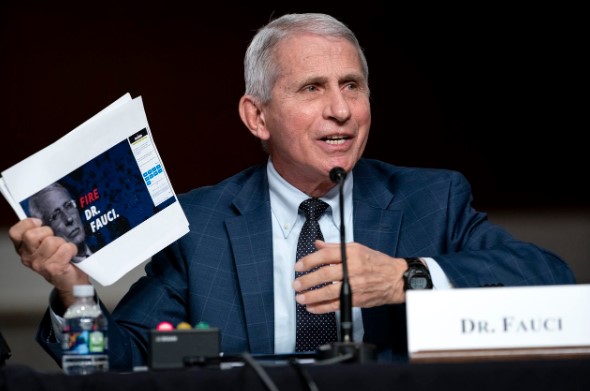 There are several stories circulating around the news media every day, with a few that jump out at you as not being plausible yet possible in the end.

Following intense scrutiny via congressional testimony, and endless hours of CDC and NIH administrators telling liberal cable television networks and newspapers, that COVID came from a wet market, from bats that were for sale, the debate over its origins rages on.

Investigation revealed that Dr. Athonly Fauci’s  National Institute of Allergy and Infectious Diseases (NIAID) paid out millions in grants to the Wuhan Institute of Virology In China. The funds and grant requirements included conducting “gain-of-function” research which included modifying existing viruses for use in testing. Apparently, the lab-created COVID virus was released in the world, originating from Wuhan.

It was also discovered that The Johns Hopkins Center for Health Security, in conjunction with The World Economic Forum, and Bill & Melinda Gates Foundation hosting Event 201, on Friday, October 18, 2019

Event 201 was a 3.5-hour pandemic tabletop exercise that simulated a series of dramatic, scenario-based facilitated discussions, confronting difficult, true-to-life dilemmas associated with response to a hypothetical, but scientifically plausible, pandemic. 15 global business, government, and public health leaders were players in the simulation exercise that highlighted unresolved real-world policy and economic issues that could be solved with sufficient political will, financial investment, and attention now and in the future.

Following the event, they jointly propose these recommendations.

According to the National Pulse, Dr. Tony Fauci and the National Institute of Allergy and Infectious Diseases (NIAID) did it again. This time the grants funded research into potential monkeypox cures shortly before the global outbreak.

NIAID has also funded research into potential cures for monkeypox, shortly before the viral disease began spreading in a global outbreak. The curious timing of the NIAID grant comes amidst pharmaceutical giants including Pfizer and Johson & Johnson making record-level profits due to the COVID-19 pandemic.

The grant supports a “randomized, placebo-controlled trial of the safety and efficacy of tecovirimat for the treatment of patients with monkeypox virus disease.”

“The funding supports a clinical trial to identify effective treatments for monkeypox virus disease,” explains a summary of the research, which, despite beginning in September 2020, has not generated any publicly available studies, papers, or patents.

The National Institutes of Health (NIH) grant database shows that $9,824,009 was sent to Leidos Biomedical Research, which partners with the NIH’s National Cancer Institute (NCI) to operate Frederick National Laboratory for Cancer Research, in 2021.

The past few years have seemed surreal to those looking into the fallout from these groups’ actions.

Powerful globalists planned and continue to fund research of potential viruses that could lead to pandemics, along with their endless other new world order initiatives.

What frustrates the average man on the street, is these groups conduct their business, without any repercussions for their actions.

With billions of dollars of vaccine profits going to investors, politicians, and others, I guess the lure was possibly too great for the most dangerous man in the United States during COVID 19, Dr. Anthony Fauci, to resist partaking in the booty too.