When emotions run high, people get distracted allowing those who would not ordinarily be listened to, to slither their way into leadership positions.

My wife and I have had several conversations about the explicit sex education curriculum being taught to our children in public schools. The information came from data collected from pedophiles and others by a man named Alfred Kinsey, whose influence was used to get his studies accepted. 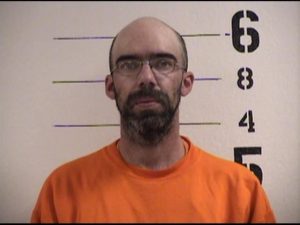 From The Conway Daily Sun

A man who led a protest from a skateboard through North Conway last month and called for defunding the police was charged with child pornography. On Father’s Day (June 21), Chris DeVries, 37, of Jackson led a protest he called “Skate Away the Hate,” which involved people riding bikes and skateboards down Route 16 from Schouler Park to Depot Road and back.

At the protest, DeVries spoke through a bullhorn and listed off a number of demands that he said came from local chapters of Black Lives Matter. “If we divest funds from police and prison systems we all benefit,” said DeVries. “Those funds can go to local communities and social services.” 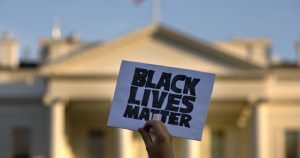 Jackson Police Chief Chris Perley said Sunday that DeVries was charged with six counts of possessing child sexual abuse images, one count of possession of psilocybin mushrooms and one of falsifying physical evidence.

“I can’t comment on this case specifically or Mr. DeVries as he is a charged criminal defendant pending adjudication and presumed innocent until proven guilty,” Perley told the Sun on Monday.

The falsifying physical evidence complaint says DeVries threw his cellphone from the porch when law enforcement arrived. The child abuse images show underage girls either in “lewd exhibition” of private parts or engaging in sexual activity.

O’Neill approved an agreement in which DeVries would be held without bail for the time being with the understanding that DeVries can have another bail hearing later.

According to Perley’s probable cause statement, a forensic examiner with Internet Crimes Against Children found more than 60 images of child sexual abuse on DeVries’ phone. DeVries admitted to viewing and sharing child pornography and also that the mushrooms were used as drugs, Perley said.

I am so glad this pervert is off the streets, but I am sure the fascists’ groups terrorizing America, BLM, and ANTIFA, are inundated with people suffering from all kinds of mental disorders. It’s time for Americans to say enough is enough, let’s take back the megaphones, and put them all behind bars where they can’t hurt anyone or themselves for many, many years to come.