There are many proverbs concerning fools.

Every culture has been plagued with those who, for various reasons, have character flaws, including an overestimation of their own importance, driving themselves to get their way, at almost any cost.

With the advent of the Internet, the millions of “fools” previously confined to sharing their ideas with friends and family, were now given a huge public square to share their madness to the masses.

In addition, many politicians and social media political activists, have pushed their thoughts on social media platforms. Those with more charisma and/ or acceptable physical attributes have been able to amass large numbers of followers even though what they share with them is no more foolish, in their new pseudo fame.

This brings us the Democratic Socialist Party, 2020.

During their miserable attempt to reach every gender identity, social justice movement, and ethnic category, these off-site speakers espouse their views, which are rejected by a majority of Americans. Yet, because they only communicate with those with in hyper-progressive communities,  they don’t know they are coming off as foolish to those outside their bubble, who understand their out of touch calls to action. 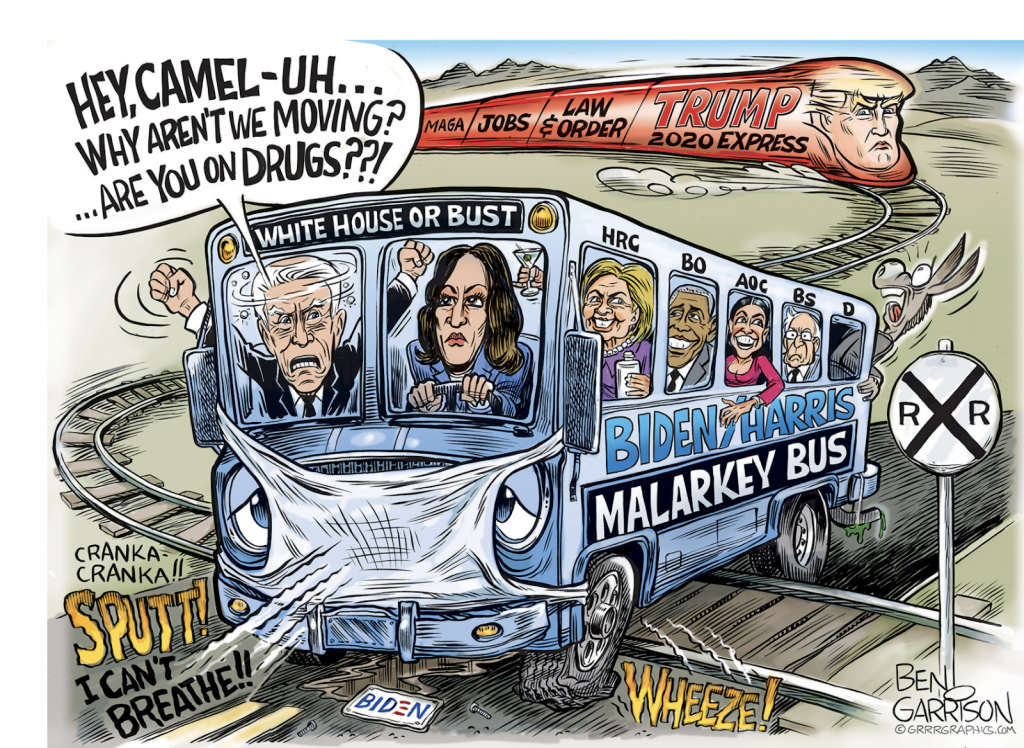 For example, even though crime is increasing, they want to get rid of the police. They fought for gender equality but now want to mistreat men because of theirs. They fought for racial equality, but now justify the physical abuse and diminishing of opportunities for those who happen to have less pigment in their skin.

And lastly, they are all promoting Marxism and the collective World view.

Why is this foolish? Americans like their freedoms and Capitalism has lifted billions of people around the world out of abject poverty.

According to Gateway Pundit, the more the left speaks, the less the average person wants to be around them.

As Democrats spit bile and venom at President Trump during their national convention, his numbers are going up, up, up.

Here were the numbers for the last two days from Rasmussen Reports:

On Wednesday, the pollster put Trump with 47% approve, 51% disapprove:

The latest figures include 35% who Strongly Approve of the job Trump is doing and 44% who Strongly Disapprove. This gives him a Presidential Approval Index rating of -9.

And Thursday it flipped to 51% approve, 48% disapprove:

The latest figures include 38% who Strongly Approve of the job Trump is doing and 41% who Strongly Disapprove. This gives him a Presidential Approval Index rating of -3.

Twitterers had a field day.

Meanwhile, Joe Biden is dropping. Another Rasmussen survey found Biden with 48% support among Likely U.S. Voters to Trump’s 44%. Four percent (4%) prefer some other candidate, while another four percent (4%) remain undecided.

I say, speak away our “Marxist adversaries”, remember Proverb 18:7 from earlier, it reminds us; A fool’s mouth is his ruin, And his lips are the snare of his soul.