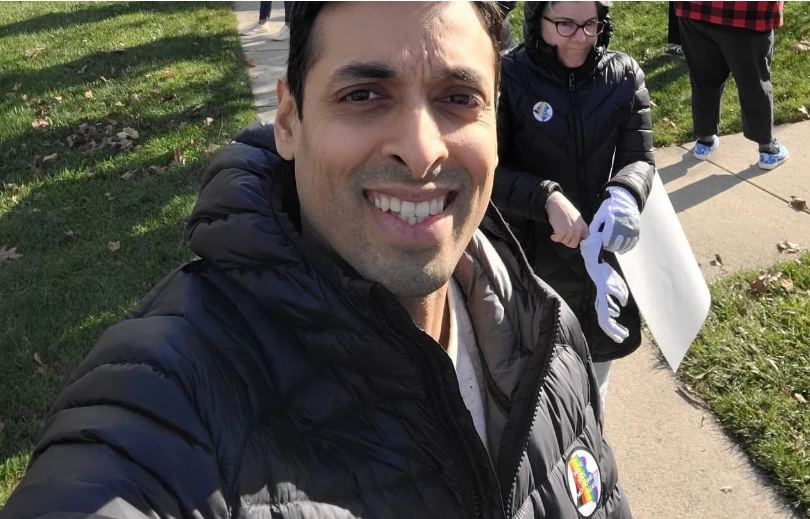 Humanity is inherently prone to adopt the values and cultural norms of the community they are raised in.

This is not a problem until those who are raised in families originating from nations outside the United States become politically and socially active, trying to implement the worldview of their ancestors, instead of assimilating into the Constitutional Republic of The United States of America.

Many are espousing socialism and Marxism in the name of “equity”.

A Virginia Democrat, Del. Suhas Subramanyam, has introduced a bill to remove hate speech from public places, in response to “antisemitic incidents” in the state.

Subramanyam is a lawyer and member of the Virginia House of Delegates. He was elected in 2019 and became the first Indian-American, South Asian, and Hindu to ever be elected to the Virginia General Assembly.  He also served as a White House advisor to President Barack Obama and also clerked for the U.S. Senate Judiciary Committee for Senator Dick Durbin, helping him reintroduce the DREAM Act.

The problem with the delegate’s bill is, it is unconstitutional at its core.

The First Amendment of the US Constitution includes protections for free speech, without any caveats included in its plain language.

“Congress shall make no law respecting an establishment of religion, or prohibiting the free exercise thereof; or abridging the freedom of speech, or of the press; or the right of the people peaceably to assemble, and to petition the Government for a redress of grievances.”

If passed, the bill will require the government to remove any graffiti that is deemed to be hateful on the taxpayer’s dime, including on private property, if the owner fails to do so themselves.

“It’s been bad enough that we had to endure these incidents of racist and antisemitic graffiti, but it’s made worse when no one takes responsibility for the clean up and they remain in the public’s eye,” Subramanyam told WUSA9.

In typical form, the leftists added, “This bill would address that. Hate has no place in Virginia, and our diversity and unity is what makes us strong.”

Those who say, this sounds reasonable as racism is hateful, have not learned anything from history.

In nations including Germany and China’s pasts, the collective’s emotionalism eventually led to tyranny as they were convinced the government was doing their bidding.

If leftists are allowed to determine what can be said in the US, then other groups these radicals want to silence, including Christians, would have their religious speech suppressed in the near future.

Del. Subramanyam recently attended a rally against hateful graffiti and tweeted, “we will always fight back against these cowardly acts.”

According to a report from DCist, the vandalism allegedly included “a laundry list of hateful slurs against Black people, LGBTQ people, and Jewish people.”

We are showing up and #standingagainsthate with @loudoun4all in solidarity against the racist and antisemitic graffiti sprayed in South Riding this past week. We will always fight back against these cowardly acts.#hatehasnohomehere #hatehasnohomeinsouthriding pic.twitter.com/FlN6T4VJjv

The DCist showed its true motivation by blaming the vandalism on Trump having dinner with Ye.

“The vandalism is part of a nationwide wave of antisemitism and hate speech, with high-profile public figures like the entertainer Ye publishing antisemitic attacks online and former President Donald Trump dining with a Holocaust denier,” the report claimed.

“The Anti-Defamation League, an organization that tracks hate incidents towards Jewish people and other identities, told NPR that 2021 was the worst year for anti-Jewish violence and harassment since it started tracking such incidents in 1979, and the group expects 2022 to be similar,” the report continues.