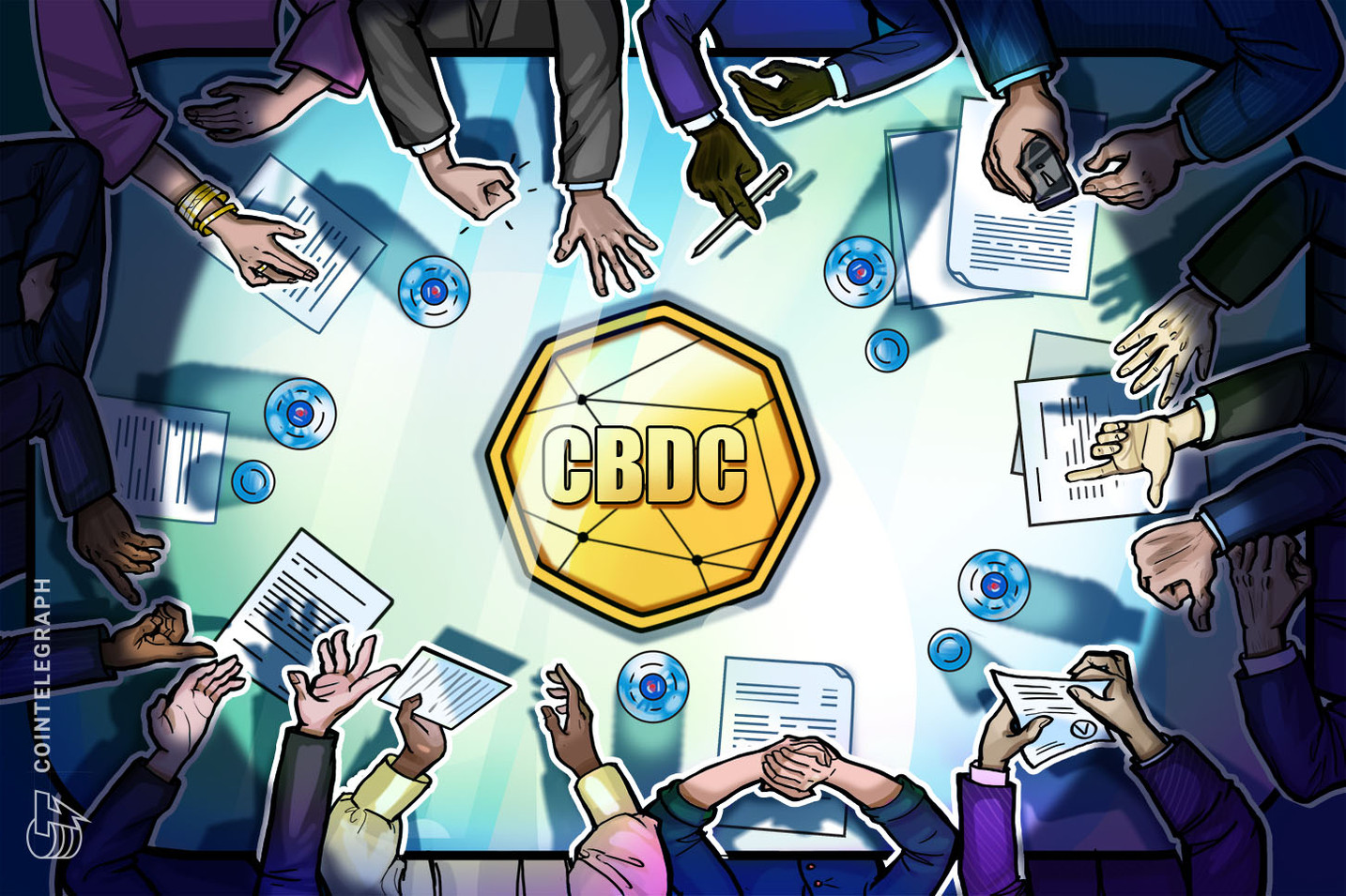 In January, the United States Federal Reserve Board of Governors released a discussion paper on a potential U.S. central bank digital currency (CBDC) titled “Money and Payments: The U.S. Dollar in the Age of Digital Transformation.”

The comment period for the paper ended May 20, with the Fed receiving over 2,000 pages of comments from individuals alongside responses from leading stakeholders.

A stakeholder is the globalist economic replacement for stockholders, which requires “EQUITY” for everyone.

On March 9, 2022, the Biden administration directed the Federal Reserve, The Consumer Financial Protection Bureau (CFPB), and Federal Trade Commission (FTC) to work on proposals for a  programmable federal digital currency.

The White House criticized the transparency of digital currencies and the volatile nature of cryptocurrencies, claiming that a U.S.-sponsored cryptocurrency known as a Central Bank Digital Currency (CBDC) could potentially achieve a variety of goals including protecting national security, advancing financial inclusion, and promoting economic growth, pending research.

“The Federal Reserve and stakeholders about central bank digital currencies (CBDCs). For the purpose of this paper, a CBDC is defined as a digital liability of a central bank that is widely available to the general public. In this respect, it is analogous to a digital form of paper money.”

The proposal included included the formation of the Financial Literacy Education Commission (FLEC) which will lead public-awareness efforts to “help” consumers understand the risks involved with digital assets, identify common fraudulent practices, and learn how to report misconduct.

Experts and congressional representatives who spoke to the DCNF expressed skepticism that a CBDC would meaningfully benefit people and concerns that the technology could be used to monitor and even limit people’s ability to make their own economic decisions.

“Really the greatest benefit that a CBDC can offer is not for you or me on the street, but rather for the government’s efforts to surveil financial activity,” said Nicholas Anthony, a policy analyst with the Cato Institute’sCenter for Monetary and Fiscal Alternatives, in an interview with the DCNF.

“It gives them a new level of control over surveilling individual accounts… like being able to control it,” Anthony added.

Proponents of a CBDC are saying this technology would give parents the ability to put controls on their children’s spending.

But the technology would also allow the government to restrict adults’ purchases, such as alcohol or tobacco products.

But listing “privacy protected” and “identity verified” at opposite ends of the Fed’s goals does not put the two ideas any less in conflict: the best form of data protection is no data collection.

For those looking down the road a bit, it is easy to see how the new ISO merchant coding of gun sales, could be used by the government to prevent the CBDC to be used to purchase guns, bullets, and other products Big Brother objects to.

Republican Reps. Tom Emmer of Minnesota and Warren Davidson of Wisconsin, each member of the House Committee on Financial Services, with Emmer a ranking member, expressed concerns about the administration’s plan.

“The Administration must embrace the benefits of open, permissionless, and private digital assets, rather than place prominence on central bank digital currencies, the benefits of which remain confounding,” Emmer said in a statement to the DCNF. He also expressed concerns about surveillance.

“Unless there is a guarantee that a CBDC would preserve the same attributes as physical cash, the U.S. should not pursue anything that jeopardizes transaction privacy,” said Davidson,

“The White House’s report today, unfortunately, fails to commit to this idea. Until there is a guarantee on the table, Americans should oppose any further consideration of CBDC at all costs.”