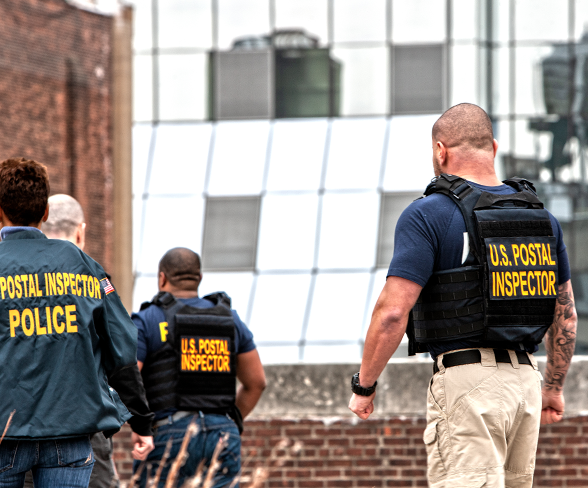 During President Obama’s 2 terms in office, his Attorney General’s weaponizing of the DOJ and various other branches of the government kicked into high gear.

Evidence of their abuses can be seen during the Russian and other hoaxes used against former President Donald J. Trump during his entire four years as the nation’s Commander in Chief.

In less than 2 years in office, Joe Biden and his radical AG, Merrick Garland, have taken surveillance and Big Brother monitoring up to and exceeding unconstitutional levels.

What really surprises me is the fact that the US postal service and IRS have aggressive, armed, law enforcement agents on their payroll too.

According to records obtained by The Washington Times, the U.S. Postal Service was monitoring Americans focused on the gun issue and President Biden’s election.

The redacted records were obtained via a Freedom Of Information Act request.

The U.S. Postal Service monitored protesters across the country, snooping on Americans focused on issues involving guns and President Biden’s election, according to records obtained by The Washington Times.

Postal inspectors tracked the actions of gun rights activists gathering in Richmond, Virginia; people preparing to demonstrate against police in Louisville, Kentucky, after an investigation into the police shooting of Breonna Taylor; and far-right groups headed to the District of Columbia after Mr. Biden’s election.

The records provide a glimpse into the breadth and depth of the Postal Service’s surveillance apparatus, which Mr. Eddington said was capable of reaching into every home and business in the country.

“The Postal Service cannot reliably deliver mail to my own home, yet they can find the money and people to effectively digitally spy at scale, including on Americans engaged in First Amendment-protected activities,” Mr. Eddington said.

Twitter users had a lot to say about the government’s Big Brother overreach:

Per @WashTimes, “Multiple bulletins created by the postal inspectors include disclaimers that the reports are not intended to infringe on Americans’ constitutional rights but to provide information to law enforcement about the potential for violence and criminal activity.”

In August 2020, the same US Postal Inspection Service raided “We Build The Wall” official Brian Kolfage, a triple amputee veteran.

The Gateway Pundit reported at the time:

Fifteen (15) members from the New York United States Postal Inspection Service (USPIS) showed up on Brian Kolfage’s doorstep to arrest him on the August 20, 2020.

The USPIS agents looked through his children’s rooms.

On the morning of August 20th at least five cars, all with New York state plates, showed up outside war hero Brian Kolfage’s house.  Out came 15 USPIS agents, armed and ready.  The agents no doubt thought through their actions on the long drive from New York to Florida.  They came prepared with guns, gloves and masks so COVID wouldn’t slow them down.

Three cars slowly came down Kolfage’s street and parked in front of his house.  Then suddenly from the other direction, another van pulled into Kolfage’s drive and sped towards his house:

The USPIS agents never contacted the US Federal Marshals in Florida until Kolfage was loaded in the car.

When they went in the house, the agents looked all over, including in the children’s rooms.  All the cars at Kolfage’s place driven by the USPIS agents had New York plates and the USPIS agents mentioned they drove all the way from New York.

McDonald’s Faces $10B Lawsuit For “Not Advertising Enough On Black-Owned Media”
While Hosting The Atlanta Braves: “Everybody Under 15, Come Here, Come On Honey” (VIDEO)