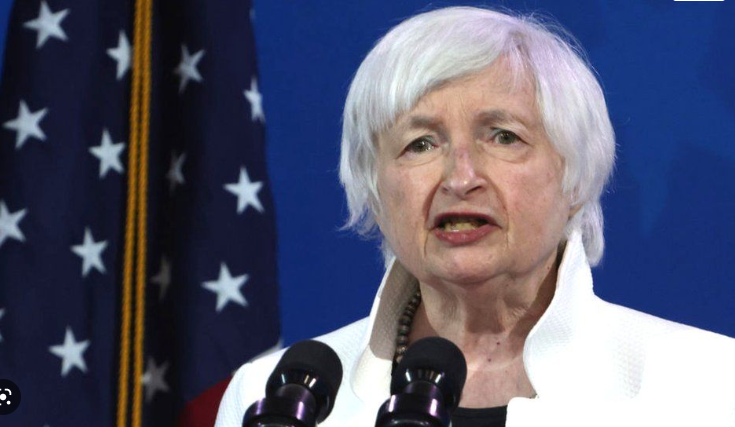 The Biden administration continues to send out talking heads to appear on various media outlets. During the appearances, they regurgitate approved talking points and arrogantly tell Americans how great they are doing, while burning down our nation.

They refuse to change the messaging in spite of the economic hardships a majority of the population is experiencing since Joe’s policies were enacted.

The lady with no personality and terrible judgment, Biden Treasury Secretary Janet Yellen, appeared on “The Late Show with Stephen Colbert,” on Wednesday.

During the interview, she was asked about the price increases created by the administration’s adherence to Kensington economics.

Secretary Yellen actually blamed consumers’ excessive spending habits as a primary cause for the nearly 40-year-high in inflation.

Colbert asked her to explain how inflation got out of hand when “two years ago everything seemed fine.” The late-night host, known for his having Trump Derangement Syndrome, have Biden a small punch in the gut when he pointed out the failing president’s administration had dismissed inflation as a “small risk” as recently as last year.

Yellen insisted that the administration managed the COVID-19 pandemic so well that consumers felt comfortable to “splurge” on goods.

“So we had a rapid recovery from the pandemic,” she said, arguing Biden’s policies brought unemployment down from 7% to 3.7%.

“It turned out the pandemic had very special impacts on the economy. Remember, everybody stopped spending on services,” she pointed out, as businesses were shut down. Instead, people spent more money on “grills,” “technology” and office equipment as they were working from home.

“They were in their homes for a year or more, they wanted to buy grills and office furniture, they were working from home, they suddenly started splurging on goods, buying technology,” she claimed, which led to supply chain “bottlenecks.”

Later in the interview, Yellen also blamed Russia for the increase in food and gas prices.

Colbert did not press her on multitrillion-dollar spending bills that have been passed and signed during Biden’s administration.

Despite prices still being near the 40-year high, Biden told a reporter last month that the economy was “strong as hell.”

In October, the Consumer Price Index rose 0.4% from September.

Teens Murder Dad ‘Execution’-Style For Taking Away Their Laptops
GROOMING! Students At High School Forced To Perform In Drag For Adult Faculty Members