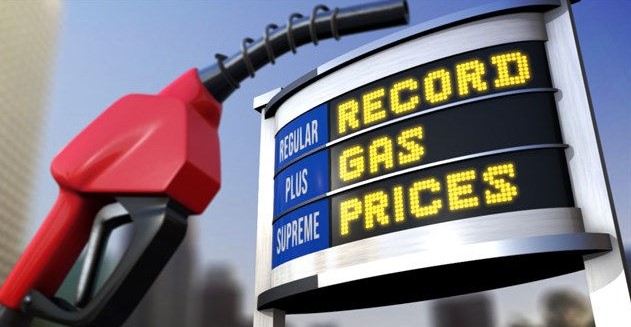 Ecological, green activists have been working to get the United States off of fossil fuels and to zero emissions for several decades.

The Obama plan would make it so expensive for coal plants to retrofit their facilities, in order to reduce emissions, that they would choose to shut down instead.

As a result of the Biden administration’s radical policies, energy prices have increased by 32%, namely gasoline (48%) and fuel oil (70.1%).

They are contributing to the huge increase in the annual inflation rate in the US which accelerated to 8.5% in March of 2022. This is the highest number since December of 1981.

According to the website Gasoline Misery Index, motorists will pay roughly $704 more this year at the gas pumps than they did last year,

The site bases its index on data from the American Automobile Association, the Energy Department, and MetroMile.com and says the projected increase is at an annualized rate.

The cost of gasoline which has already been increasing during the 16 months of the Biden administration, saw an additional bump after Russia invaded Ukraine in late February, disrupting the global energy market.

“As long as the supply remains tight, it will be hard for crude oil prices to fall and consumers will, in turn, face higher prices at the pump,” AAA spokesperson Andrew Gross recently told dcbusinessdaily.com. “It now costs drivers in the U.S. about $23 more to fill up than a year ago.”

On Friday, the national average price per gallon of gas was hovering around $4.28.

At the start of May, AAA reported that prices continue to rise week-over-week, primarily due to the cost of crude oil, which is currently about $100 per barrel.

Though President Biden has routinely released oil from the nation’s Strategic Petroleum Reserve – most recently $180 million barrels of crude oil in March – the effort has done little to bring down the soaring price of gas.

Just another reason why Joe Biden must go in 2024, or earlier if possible.