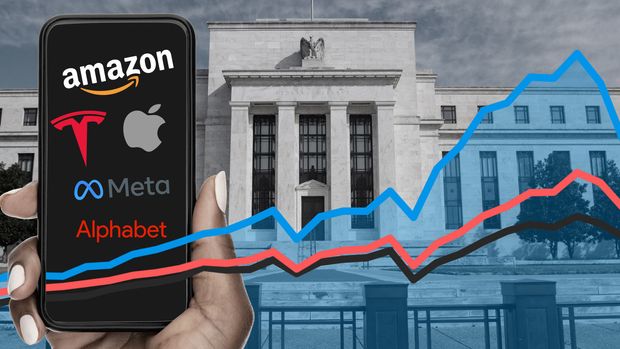 The world’s largest online retailer, Amazon, which had record increases and growth during the COVID-19 pandemic lockdown, has just announced that the Biden economic turndown (recession) is forcing them to lay off 10,000 employees in corporate and technology roles beginning this week, according to The New York Times.

According to the report, the layoffs would be the largest in Amazon’s history and would have a massive effect on the company’s devices unit – including the voice-assistant Alexa, as well as the retail division, and human resources departments.

About 3% of Amazon’s corporate staff and less than 1% of its global workforce will be affected by this decision.

JUST IN – Amazon plans to lay off approximately 10,000 people as soon as this week, the NYT reports.

In addition to Amazon’s restructuring in the midst of the Biden administration’s disastrous policies, several other tech companies have also had significant reductions in their workforces.

Disney’s executives on Friday laid out, in an internal memo, that the global entertainment corporation would also begin enforcing layoffs, implementing a targeted hiring freeze, and limiting business travel to essential only as part of a wide cost-cutting initiative.

“We are going to have to make tough and uncomfortable decisions. But that is just what leadership requires, and I thank you in advance for stepping up during this important time. Our company has weathered many challenges during our 100-year history, and I have no doubt we will achieve our goals and create a more nimble company better suited to the environment of tomorrow,” Disney CEO Bob Chapek wrote.

The cuts will focus on Amazon’s devices organization, including the voice-assistant Alexa, as well as at its retail division and in human resources, said the people, who spoke on condition of anonymity because they were not authorized to speak publicly.

The total number of layoffs remains fluid. But if it stays around 10,000, that would represent roughly 3 percent of Amazon’s corporate employees and less than 1 percent of its global workforce of more than 1.5 million, which is primarily composed of hourly workers.

Amazon’s planned retrenchment during the critical holiday shopping season — when the company typically has valued stability — shows how quickly the souring global economy has put pressure on it to trim businesses that have been overstaffed or underdelivering for years.

Amazon would also become the latest technology company to lay off workers, which only recently it had been fighting to retain. Earlier this year, the e-commerce giant more than doubled the cap on cash compensation for its tech workers, citing “a particularly competitive labor market.”

Globalists Obama and George W. Holding Conferences On “Democracy” & “Disinformation”
Climate Alarmist At UN – Now Only 9 Years To Save The Planet