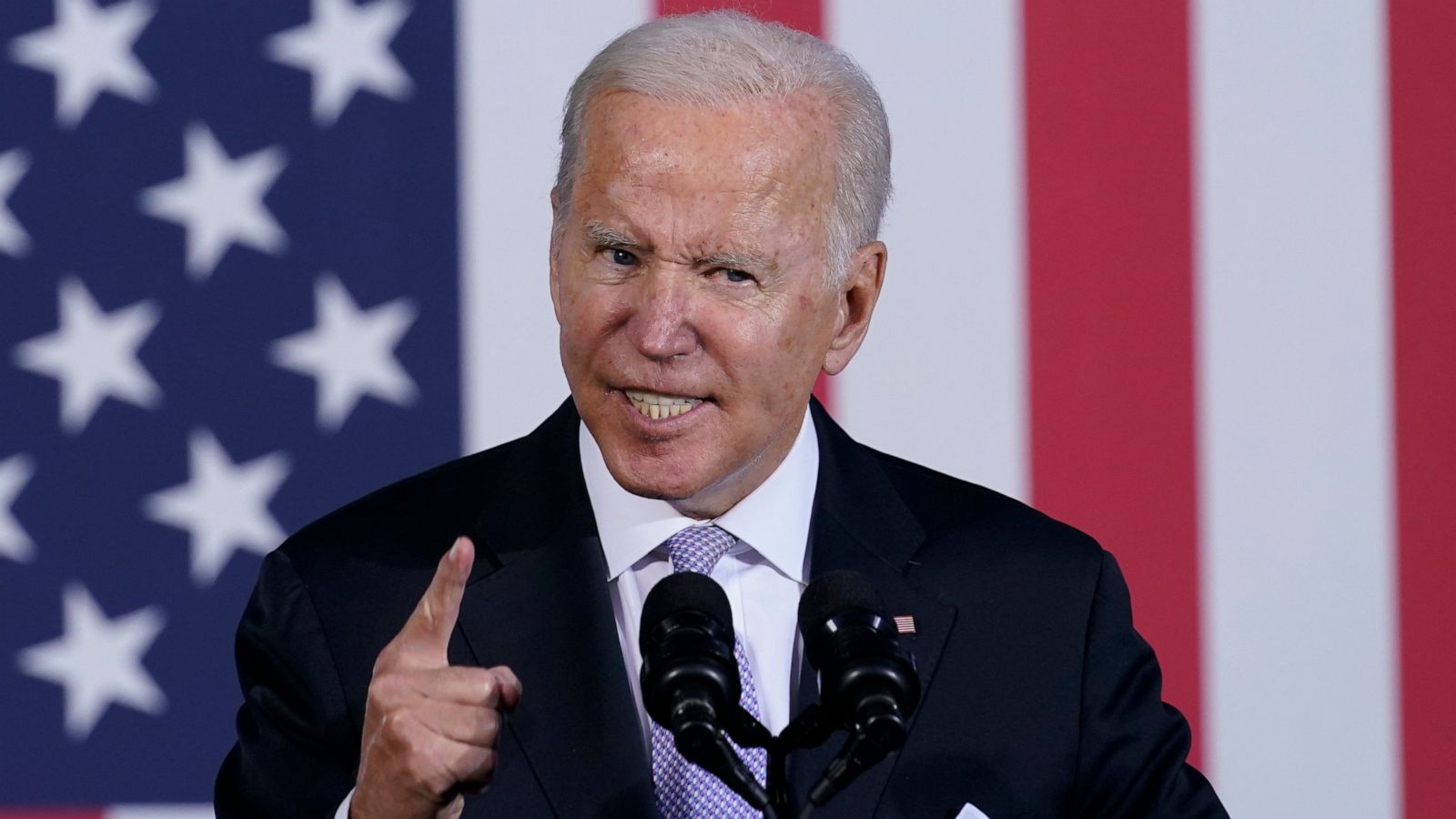 It is obvious to me that Joe Biden’s handlers determined from their internal polling and following radical round table discussions, that their mentally declining, mumbling and corrupt U.S. President needed to start acting angry and yelling more during public appearances.

Biden who ran on bringing the county together has instead been urging Americans to rise up and combat hate, even as he and Democrats continue stoking fear and anger against supporters of the Make America Great Again movement ahead of the midterm elections.

A few weeks ago during Biden’s “Soul of the Nation” prime-time speech, he portrayed MAGA Republicans as direct threats to American democracy.

“MAGA forces are determined to take this country backwards,” he added. “Backwards to an America where there is no right to choose. No right to privacy. No right to contraception. No right to marry who you love. They promote authoritarian leaders and they fan the flames of political violence.”

The president during the “unity” summit hosted at the White House, encouraged Americans to work to stop “hate-fueled violence.”

“We know this. Hate-fueled violence is born in the fertile soil of a toxic division,” he said, adding, “We have to confront the ways in which our toxic division fuels this crisis for all of us. Our differences.”

“Certainly don’t turn a fellow American into a sworn enemy,” he added.

Biden did not mention his recent efforts to stoke fear and anger against supporters of former President Donald Trump’s movement to “Make America Great Again” by calling them “semi-fascists.”

He also did not mention recent comments by Democrat senate candidate Tim Ryan (D-OH) calling for Americans to “kill and confront” the MAGA movement.

"Ryan maintains a 100% voting record with Biden…a 96.65% overall progressive score making him one of the country’s most progressive members of Congress."

The president urged all Americans to unite against the “threat of violence” and do their part to defeat it.

“Folks, It’s not just the federal government that can act, everyone has a role to play in this story,” he said, urging people to act.

The president issued a long list of America’s racist history, pointing to a “through-line of hate” in the United States that also sparked violence against other religions.

“That through-line of hate never fully goes away, it only hides,” he said.

He admitted that as a senator he once believed that hate could be “defeated” but said he now realized that if given enough “oxygen” it would flourish once again.

“In the last few years, it’s been given too much oxygen in our politics, in our media, and on the Internet,” he said, alluding to Trump’s presidency. “Too much hate all for power and profit.”

“It’s about power and profit,” he continued, criticizing people for allowing “extremist violence” to “fester and grow.”

The president also urged the audience not to be “intimidated” by critics.

“Folks we cannot be intimidated by those who are talking about this as somehow we’re a bunch of whacko liberals…,” he said.

He again stated that domestic terrorism rooted in white supremacy was now the biggest threat to the United States.

He urged all Americans to speak up and condemn hate.

“In silence, wounds deepen,” he mumbled.