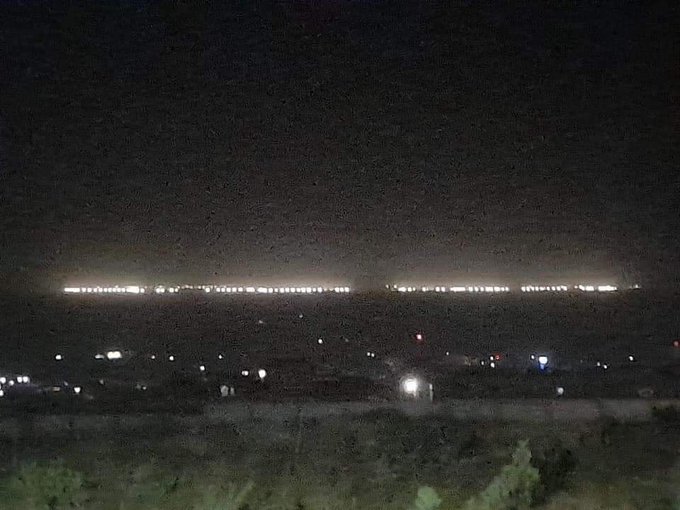 For most of Joe Biden’s years in politics, he has been a promoter & defender of the Chinese Communist Party.

In April 2020 – Before and during the coronavirus crisis, Joe Biden stood up for China, dismissed them as an economic threat,
and opposed President Trump’s China travel restrictions.

In addition to defending China, incriminating evidence was discovered on Hunter Biden’s laptop and disturbing news about a billion-dollar business deal Hunter secured as he accompanied his father on a government-sponsored diplomatic trip to China via Air Force 2.

As the U.S. withdrawal from Afghanistan date approached China began communicating with the Taliban.

One reason may be Afghanistan has an estimated $1 Trillion in nonfuel minerals. For millennia the country was renowned for its gemstones – rubies, emeralds, tourmalines, and lapis lazuli.

In addition, if China could backfill the void left by the United States, the CCP would have a major footing in the region.

TRENDING: MyPillow Up To 66% Off – Promo Code FTR

So when combining all the variables, it is possible that President Biden’s disastrous decision to withdraw from Afghanistan, leaving Americans behind and leading to the deaths of many Afghanis who assisted the U.S., would knowingly help the Taliban assume control and provide China with an opportunity to continue their expansion.

With the US formal withdrawal complete, Afghani locals say they witnessed several military planes, reportedly from China, landing and taking off from the base last night.

The Daily Mail is reporting:

There have been multiple reports of military planes arriving at Bagram airbase in Afghanistan, just hours after images emerged showing that power was restored to the base for the first time since US forces evacuated the stronghold in July.

Images circulating on social media appear to show the airbase’s floodlights blazing in the distance, amid reports that several military planes have taken off and landed at the base in recent hours.

Several sources suggest that the aircraft are Chinese, given the Taliban are not thought to possess the expertise needed to power the base or maintain and fly several military aircraft.

The Taliban rejected rumors China was at the former US base:

There are other reports of China meeting with the Taliban.

Time will eventually tell some of what really happened in Afghanistan, in the meantime, we have to keep our eyes on the CPP and basement Joe Biden.

Hopefully, Biden continues to fail and the GOP takes back the congress in a little over a year.

Tyrant Fauci “There Comes a Time When You Have to Give Up What You Consider Your Individual Right of Making Your Own Decision”
Thanks Biden! More Inflation and Shortages – Backlogged Cargo Ships Off Both Coasts Face 4-Week Wait