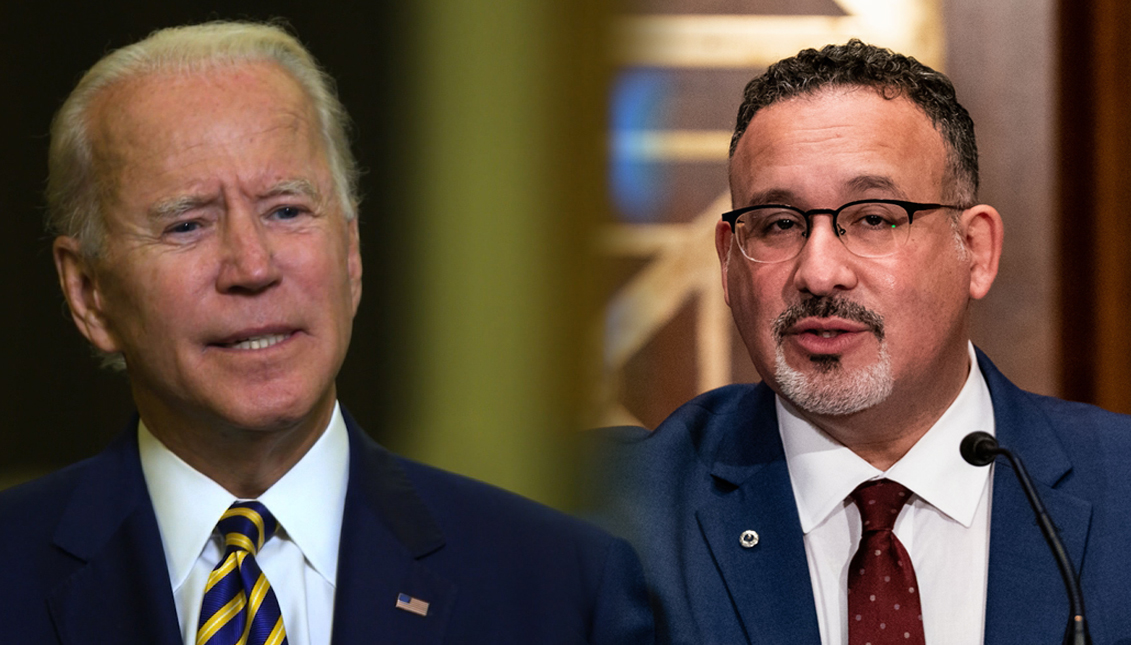 The Biden administration is by far the most godless group of deviant Communists to ever serve during a presidential term.

In addition to promoting the mutilation of children to advance the LGBTQ movement, they are aggressively and flippantly promoting the killing of babies in the womb.

They use phrases like “Gender Affirming” and “Reproductive Health” to mask what is actually takes place during the associated procedures.

President Joe Biden’s Secretary of Education actually said during a White House event Tuesday afternoon that college students needed to have access to abortions to be able to be successful in life.

Reuters reported that the meeting centered around how some women “cannot access abortion services” along with other issues surrounding the issue of reproduction.

“As I share your grave concerns about maintaining access to contraception and reproductive health services on our college campuses and ensuring there’s accurate and reliable information for students and for educators,” Cardona said as he sat next to Biden. “Students need access to health care to thrive in school and in life, and that includes reproductive health care.”

“Thank you also to Vice President Harris. In August, we met with college leaders grappling with new sweeping restrictions to their states. Our work together is ongoing,” he added. “It’s clear the Dobbs ruling has sown fear and confusion on our college campuses.”

"Students need access to [abortions] in order to thrive in school and in life." pic.twitter.com/Je4io2U5tp

During the meeting, Biden urged colleges not to add additional restrictions on students, saying, “My message to any other colleges considering enacting policies like this: Don’t. Please don’t.”

“Folks, what century are we in? What are we doing? I respect everyone’s view on this, personal decisions they make, but my Lord, we’re talking about contraception here,” Biden claimed. “It shouldn’t be that controversial, but this is what it looks like when you start to take away the right of privacy.”

At the end of the press conference, Biden appeared to be annoyed by reporters who were trying to ask him questions as they were being shuffled out of the room.

“Among the only press in the world that does this,” Biden smirked as his staff talked over reporters. “Seriously.”

Biden smirks as the press is pushed out of his abortion task force meeting:

"Among the only press in the world that does this. Seriously." pic.twitter.com/j7Qb2599zC