Barak Obama’s Third Term Is Underway, Biden Is Just A Surrogate Signing For Him

The United States as any young country, and even though our nation’s founders did their best to cover everything in the Constitution and Bill of Rights, adjustments have been made when needed.

For example, the term of the office of the president was laid out in Article II, Section 1 of the Constitution – “The executive Power shall be vested in a President of the United States of America.

He shall hold his Office during the Term of four Years, and, together with the Vice President, chosen for the same Term, be elected, as follows”

Until Franklin Delano Roosevelt, the expectation was the president would serve no more than two,4-year terms, but there was no actual prohibition from serving longer. President Roosevelt often referred to as FDR, served as the 32nd president of the United States from 1933 until his death in 1945.

On November 5, 1940, Franklin D. Roosevelt broke the precedent—one that started with George Washington—becoming the first president elected to a third term. Still very popular at the end of his third term Roosevelt ran and won a fourth term taking office again on January 20, 1945.

“FDR was the first, and last, president to win more than two consecutive presidential elections and his exclusive four terms were in part a consequence of timing. His election for a third term took place as the United States remained in the throes of the Great Depression and World War II had just begun. While multiple presidents had sought third terms before, the instability of the times allowed FDR to make a strong case for stability.”

“Eventually U.S. lawmakers pushed back, arguing that term limits were necessary to keep abuse of power in check. Two years after FDR’s death, Congress passed the 22nd Amendment, limiting presidents to two terms. Then amendment was then ratified in 1951.”

Barak Obama who had entered the US into many progressive national and global agreements was nearing the end of his second term. With more large ideas like massive infrastructure plans and amnesty still in the works, many of the left started discussions on how he could serve a third term, though hyperbole for the most part. Even though he had slipped in national approval ratings, his support in his party was strong enough that without the prohibition in the way, would have had a legitimate opportunity to win.

Without a workaround available, the democratic leadership reached out to and convinced Obama’s former vice president to run in 2020. Joe Biden, who had previously run and failed in 1988 and 2008, frequently would publicly mention his admiration for and accomplishments they accomplished serving together. 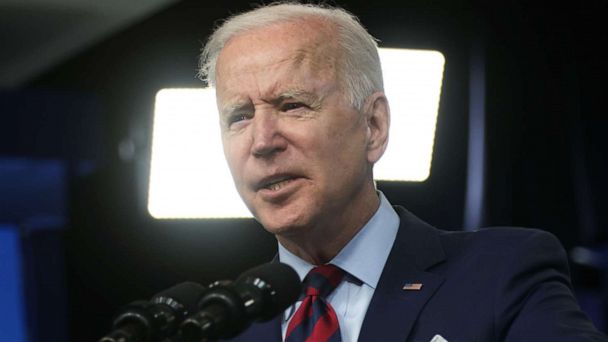 Even with Joe’s failed previous attempts to run for the office and apparent mental decline underway, his team by keeping him from public appearances and hidden in his Delaware basement, helped Joe get elected and he was sworn into office on January 20th, 2021.

After the election, on November 30th, Barak appeared on Stephen Colbert show and explained how he could have served a third term, using a proxy in which he would speak through.

Immediately after taking office, Biden’s team put dozens of Executive orders in front of him to sign, most of which reverse what former President Trump had signed, thus restoring Obama’s policies. The US re-entered the Paris Accord, Iranian Nuclear deal and restored funding to the WHO, to name a few.

With a record number of orders signed, all in the spirit of Obama, the buzz around DC and in conservative circles, led to the questioning of what involvement Barak Obama had in the Biden administration. Their response confirmed our greatest fears that the far-left former President had indeed manipulated the party, and now has a person in the Oval Office repeating what Obama is telling him in his ear.

Psaki, responding to a question from a reporter, said Biden and the former president “keep in regular touch” — but did not specify exactly how often the pair speak to one another, Fox News reported.

“They consult and talk about a range of issues and I would expect that continues through the course of President Biden’s presidency,” Psaki said. “That can be done over the phone it turns out, and I think if President Obama had been here, you would all know,” she said.

To me and many others, Joe Biden is a Manchurian Candidate, chosen for his usefulness to the establishment, and with the loss of mental acuity, will have to rely on Obama and his former team, who is also in the Biden team, to try to govern for four years.

In reality, this third term of Barak Hussein Obama will be so far left, that without the GOP taking back both chambers of Congress in 2022, will permanently reset the country, to never return to what we have enjoyed since our inception.

Author Info – Eric Thompson is the co-host of the week-in-review podcast, For Liberty’s Sake, which can be heard Saturdays at 1 PM EST / 10 AM PT.