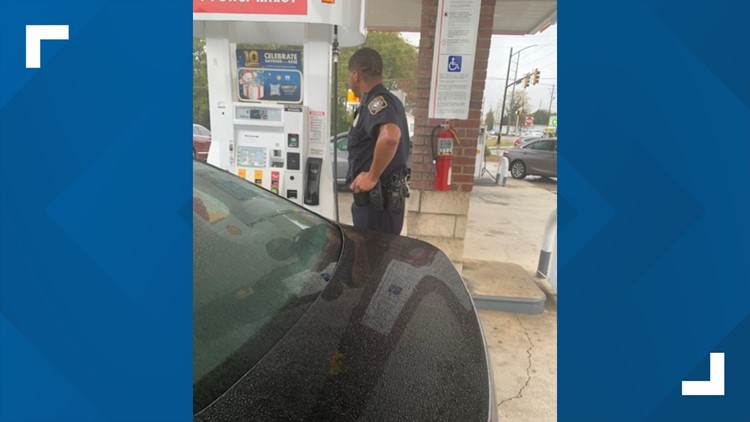 There are many people working in service jobs that don’t pay as well as they should, yet as servants, frequently use their own time and treasure to help those in need.

One of them, a police officer in Georgia, was publically acknowledged for going above and beyond the call of duty.

The officer who happened to be filling up his vehicle at the same gas station, saved the day for a woman who needed to get to work, just days after she was robbed of all her credit cards and cash.

The woman, completely out of gas, was attempting to fill up with a pre-paid card hoping she could make it into work.

After finding out that her card kept getting declined by the machine, Officer Harrison of McDonough Police Department noticed the woman frustrated and struggling at the pump.

She explained to Officer Harrison that her car had just run out of gas and was completely empty.

She told the officer that she was going to have to leave her car at the gas station and walk to her job in the rain.

However, Officer Harrison came to the rescue.

Going above and beyond, Harrison took it upon himself to pay for the woman’s entire tank of gas in order for her to get to work.

“This is just another example of our Officers going above and beyond the call of duty,” McDonough Police said in a Facebook post. “Way to go Officer Harrison!”

Tucker Calls Out Fauci For Trying To Quietly Retire
Shocking, Cambridge Dean Claims Jesus Could Have Been Transgender