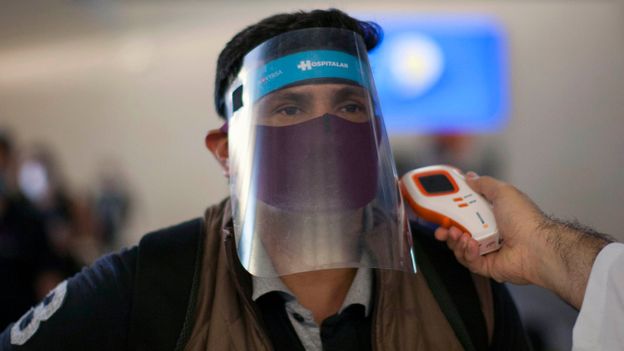 Free people have historically given up their freedoms, to their governments, as they have gone in and out of various types of tragedies.

Going back as far as 1425 BC, Joseph, Jacob’s son, was the second most important man in Egypt, after the Pharaoh. During a severe seven-year drought, the entire Middle East region sold everything they owned, including their owner’s freedom, to the Egyptians, in exchange for food.

The Germans gave Adolph Hilter unlimited power in the hope he could restore their economy and rebuild Germany back to its pre World War 1 prosperous nation.

The globalists have for centuries promoted the idea of Marxism. Their call for a “New World Order’, in their opinions, would standardize the world, fix inequalities leading to no rich and no poor citizens in return for centralized government control.

Europe is one generation ahead of the USA, which is why many here are fighting to turn the direction of our country. These leftists have conditioned their citizens to follow sheepishly and their plans for moving forward during the CV-19 pandemic have a lot of New World Order systems included.

The late plutocrat and engineer of globalism David Rockefeller once said at a United Nations dinner: “All we need is the right crisis and the people will accept the New World Order.”

With COVID-19, it seems that the right crisis has finally arrived to usher in the new era of globalism. The mass media is already priming the public for the new permanent changes to society that are all but inevitable at this point.

According to Big League Politics, the BBC News has laid out their grand vision of the Orwellian “new normal” of what the central planners and technocrats intend society to look like by 2022.

“It’s 2022 and you’ve just arrived at the travel destination of your dreams. As you get off the plane, a robot greets you with a red laser beam that remotely takes your temperature. You’re still half asleep after a long transoceanic flight, so your brain barely registers the robot’s complacent beep. You had just passed similar checks when boarding the plane hours ago so you have nothing to worry about and can just stroll to the next health checkpoint,” BBC reporter Lina Zeldovich wrote.

Zeldovich lays out the reality of endless health checks, breathalyzers with microchips in them, and microscopic ink tattoos to track vaccine compliance. All of this would be required in airports to travel, at first, and then be rolled out as mandatory to participate in normal functions of society.

She notes that the mark-of-the-beast vaccine tracking tattoo has already been tested on animals and corpses, thanks to the generous support of the Bill and Melinda Gates Foundation.

“The macro-needles don’t leave scars and are less invasive than the regular needles – it’s like putting on a Band-Aid,” said researcher Ana Jaklenec of the Massachusetts Institute of Technology. “It can even be done with a modified phone.”

The Intercept has reported on the push to slap FitBit-style bracelets onto people in order to track them and coerce their behavior. AiRISTA Flow, a tech firm based out of Maryland, is marketing bracelets that would beep whenever a person comes within six feet of another individual in the workplace.

“When people come within six feet of each other for a period of time,” the company wrote in a press release about their creepy and invasive device, “the device makes an audible chirp and a record of the contact is made in the AiRISTA Flow software system.”

The technology would also allow employers to track every violation of social distancing edicts committed by their workers. The workers could then be reprimanded, or even fired, based off of the information gathered by the device.

Israeli surveillance firm SuperCom is repackaging services that are used on criminals to enforce home confinement on ordinary people in the workplace. They are calling their service “PureCare,” and it is described as a “state-of-the-art solution for quarantine and isolation monitoring to aid government efforts in containing and limiting the reach of infectious diseases.” They claim it is “a non-intrusive patient-friendly system that constantly tracks patient location within buildings, vehicles and outside.”

Just say no America, no to everything coming out of Europe and China. Liberty is the opposite of Tyranny, America is incompatible with a New World Order.