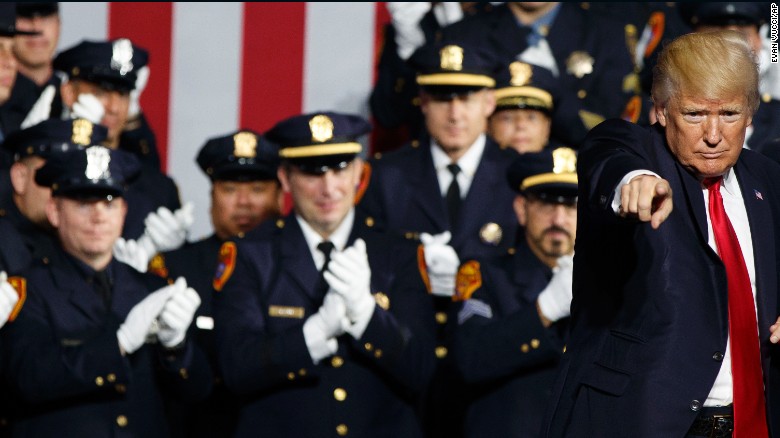 The Democratic Party, who has received the support from the police, unions and minority constituents for decades, has been exposed under President Trump as opportunists taking donations and votes from these constituents, but offering no results in return.  The men and women in Blue, have lost support from their mayors and are under attack from their local district attorneys.

We knew this was coming, The National Association of Police Organizations (NAPO) endorsed President Donald Trump for president on Wednesday, abandoning their previous support of former Vice President Joe Biden.

“Our endorsement recognizes your steadfast and very public support for our men and woman on the front lines, especially during this time of unfair and inaccurate opprobrium being directed at our members by so many,” the letter from NAPO President Michael McHale read.

NAPO has endorsed President Trump in his reelection campaign. Here is our endorsement letter which was issued following today's meeting. pic.twitter.com/mf6ZUTf10l

NAPO previously endorsed the Obama-Biden presidential ticket in both 2008 and 2012 and did not endorse a candidate in 2016.

The organization represents more than 1,000 police associations and 241,000 sworn officers.

The letter cited the Justice Department under Trump for prosecuting individuals attacking police officers, signing the Law Enforcement Mental Health and Wellness Act, and support for the 9/11 first responders fund as more reasons for their support.

The Trump campaign responded to the news in a statement:

“Joe Biden has done nothing to stop his party’s ‘defund the police’ movement and remains silent as police officers across the country are being attacked by violent rioters and protesters,” Trump 2020 Senior Advisor for Law Enforcement and Labor Unions Bob Paduchik said in a statement. “This endorsement for President Trump highlights that as the Law and Order President, he is defending the hardworking people who risk their own lives every day to keep our communities safe.”

I am proud to see them take a stand, even against the backlash, and support a President who will fight for them every day. The reality is, Joe Biden would not as President and even if he wanted to, would forget.