Are Democrats Planning On Stealing The 2020 Elections? If So, How?

OPINION | I don’t know about you, but I can see how the democrats can steal the 2020 elections.

Of course, the idea of this happening is hyper-conspiratorial or maybe just mere hyperbole. The left tries to plant seeds of doubt, so why not throw some light on their misgivings too.

The left’s playbook consists of; Warning their supporters President Trump will refuse to leave office if he loses, promoting the riots as proof of systemic racism that needs to be fixed, accusing the GOP of using voter ID requirements to suppress the black vote, not fixing loopholes which allows deceased and ineligible voters to cast votes, demanding that mail-in ballots and “ballot harvesting” replaces in-person voting due to the concerns of the ‘VIRUS”.

Ballot harvesting, which is illegal in every state but CA, allows complete strangers, to visit unsuspecting registered voters, with their ballots, asking them to vote, then telling them they will “drop them off” at the voting locations. Results of this voter fraud, conservative Orange County flipped to 100 percent democrat.

The harvested ballots were delivered right before the polls closed or over the few days that followed. The GOP has already put these seats in the win column just to watch them slipway, days after the elections. 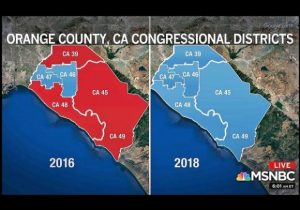 The post office has a lot of Biden supporters handling the ballots. So what, well there are stories from IN, WV, FL, and TX, etc, in which postal workers were caught throwing away conservative flyers, instead of putting them in the mailboxes and also discarding mail-in ballots from conservative areas.

By the way, do we want to trust the post office with our elections?

In a shocking, unexpected turn of events, the Post Office has failed to deliver a package on the day it was promised, and my two-day delivery guaranty has now been changed to a vague promise that it will be here by Thursday or else I can apply for a refund on Friday.

In addition, Silicon Valley is in full anti-Trump mode. Twitter and Youtube, to name a few, are removing or suppressing conservative pages and posts. They even recently stopped accepting pro-Trump ads to run on their platforms.

Google just got caught, again, hiding conservative websites and information negative against Joe Biden, from the various search results. Just today, Joel Pollak from Breitbart found that Google ‘Completely Killed any Stories About Joe Biden from Breitbart’ on Its Search.

Google is very dangerous and according to Dr. Robert Epstein, Will Shift 10% of Voters to Make Trump a ‘Blip in History’. 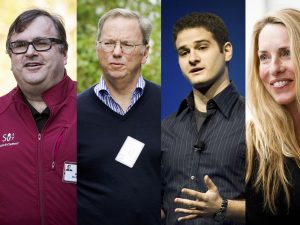 According to PJ Media, Democrats will try to let COVID-19 keep Biden out of sight for as long as they can, but let’s face it, even with the plague’s help they’re going to need some kind of fraud-fest to win this election.

At present, the Democrats are attempting to unseat an incumbent president by devising a plan where their candidate doesn’t have to be seen in public for most of the general election campaign. 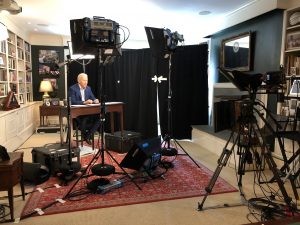 They’re desperate to keep Joe Biden hidden until as many early and mail-in votes as possible are cast for him because they know that the first time he’s on his own in public he’s going to pull down his mask and start sniffing strangers, all the while barking, “Barack likes me!”

Nobody is actually excited about Joe Biden. It looks like he may have a very difficult time pulling in the disaffected Bernie faithful who sort of thought they were owed this one after the DNC rigged 2016 for Granny Maojackets.

Given the Democrats’ propensity for projection, all of their “steal the election” talk sure makes it seem as if they are spending a lot of time thinking about stealing an election.

I am 100 percent sure there will be voter fraud in the 2020 elections tallies. Dead people, illegal aliens, and voters voting multiple times will be included.

Google and Silicon Valley will sway a certain percentage of their users towards the democratic candidates while burying pro-Trump/GOP and Con-Biden stories in the results. With the “pandemic,  riots and fraud potential. it is very likely the Left will be able to steal the 2020 elections? The question is, how do we stop them?